END_OF_DOCUMENT_TOKEN_TO_BE_REPLACED

Hey everybody it's me, Scrooloose and the rest of us here at Twinstiq. How's it going? Good? You want a soda? No? Would you settle for a slap-dash list of games we liked from last year (and some prior) written in no particular order, some ranked and some not, hastily put together and edited in collaboration over the last few days with no real format? Yeah, we thought you'd like that. END_OF_DOCUMENT_TOKEN_TO_BE_REPLACED

While you read this, try to remember that you are a consumer of goods and not a member of a blue or green team okay? Giant corporations like Microsoft and Sony are not your friends, and they market themselves to make you feel defensive when people like me criticize what they do.   Don’t. They do not care about you, just your money. And I’m here to explain with one, and just one, simple reason why all Modern Consoles are absolute trash compared to PCs. And even compared to mobile phones... END_OF_DOCUMENT_TOKEN_TO_BE_REPLACED

END_OF_DOCUMENT_TOKEN_TO_BE_REPLACED

Did you guys ever play Rollcage? It's an action racing game that came out in 1999 for Windows and Playstation. Players took on the role of extreme race drivers who piloted purpose built vehicles that could operate at extraordinary speeds, driving on walls and ceilings because of the powerful downforce they generated. They could even tumble over and remain driveable because of their oversized wheels. Not to mention there are weapons involved to make things interesting. Think about something along the lines of Mario Kart, but at closer to the speed of sound while almost every surface on a track could be utilized. And instead of shells and bananas, there are homing missiles and mines. END_OF_DOCUMENT_TOKEN_TO_BE_REPLACED

I actually broke a guidline and pre-ordered MudRunner. I mean... No loot boxes, no pay walls, no nonsense and if you already owned the original Spintires game you'd get 50 percent off the already very fair $30 price tag. END_OF_DOCUMENT_TOKEN_TO_BE_REPLACED

So back in May this year I started paying attention to a pretty intriguing new title that was commonly billed as a Cyberpunk Dark Souls. I looked at web sites, I watched trailers and kept an eye on forums and soon beyond a shadow of a doubt I knew that The Surge was for me. END_OF_DOCUMENT_TOKEN_TO_BE_REPLACED

Way back in 2010 Vigil released Darksiders, a game that followed a Metroidvania style of play. I remember very clearly being totally enthralled by the atmosphere then and guys, it's still awesome. Stay with me and I'll tell you what I thought about this newest remaster from developers, Vigil Games and Kaiko and publisher, THQNordic. END_OF_DOCUMENT_TOKEN_TO_BE_REPLACED

Hello, Internet and welcome to our next round of Game Club. I’m TruLegendKiller, and for this round of Game Club we will be playing through Alien: Isolation. I was hoping this would have fallen into October but it is what it is. Released in October of 2014 to, largely, high reviews. Classified as an action-adventure game, make no mistake, this is a survival horror. And one at its finest. Developed by Creative Assembly (the minds behind the Total War series and the upcoming Halo Wars 2) the game is based on the Alien science fiction horror film from Ridley Scott. By based, I mean a direct sequel to the first film. This is no James Cameron science fiction action film. The game takes it back to the series roots of horror. In other words, it is you, and a monster, and you are struggling to survive. And because of this reason, this is why we are playing this game. 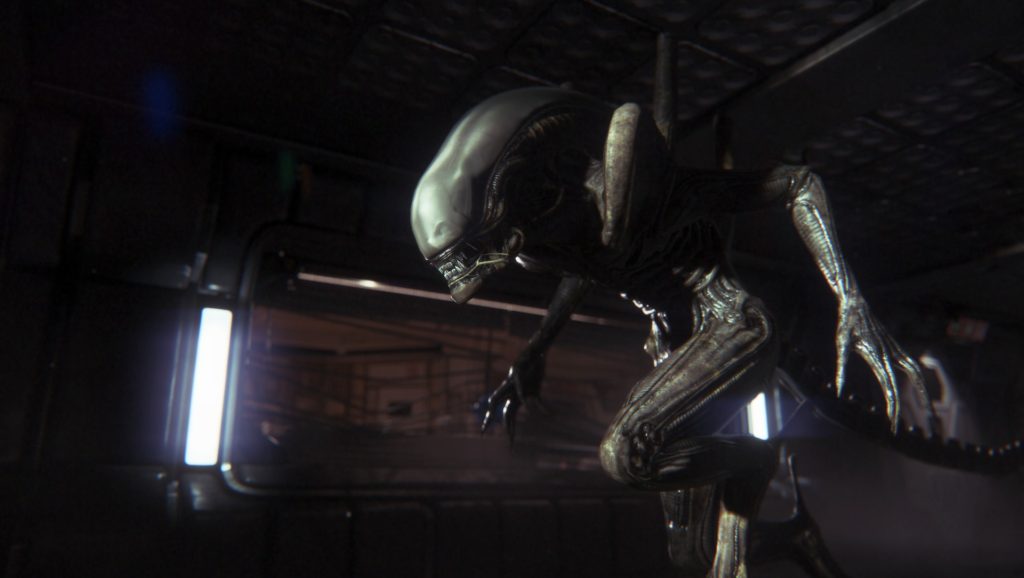 I have been an Alien fan for many years. Equally, I have been a horror fan as well. Most horror games have little to no effect on me. Games like Five Nights At Freddy’s or Outlast hold little interest to me. Those games throw jump scares and think it makes it amazing horror. In my opinion they do not. What makes good horror is when it is natural. When no matter what you do, be it have weapons or reach a save point, you can still lose. That is what makes this game so amazing. The Xenomorph’s AI is smart, it learns, it predicts, it adapts. In games like Outlast you can hide in a locker and the AI will almost never find you. Here… Well, never think you are safe. Oh, you found a check point? The Xenomorph will kill you as you are trying to save.

Set in the year 1237, 15 years after the events of the first film. You play as Amanda Ripley, daughter to the missing Ellen Ripley. Approached by the Weyland-Yutani Corporation with the promise of maybe finding her mother. After the flight recorder of the Nostromo was located, she is tasked with recovering it from a space station. This is where the nightmare begins. This is where your nightmare begins.

This is a long game and will, likely, take several episodes of Game Club to get through. There are 19 main story missions. As such, try to play up to mission 7 (Seegson Synthetics). Good luck, have fun, and get good.