First, Let me quantify this...

...By saying that there are some games already out now that I'm excited to play and I'm going to count that as "in the near future". I'll also talk about a couple of titles not yet released that are coming soon. And I'm only going to talk about titles I can play on my PC because I don't have consoles. Good?

Rise of the Tomb Raider is one I'm looking very forward to starting, and since it's one that own already I'll most likely fire it up when I'm done with XCom 2.

I really enjoyed the Tomb Raider of 2013. There was something that felt really special and personal about seeing Lara go from the shy, innocent teen student to the born of fire, do what it takes to survive bombshell that she became by the end of the game. I think a lot of the emotion that left the player feeling like they were right there by Lara's side was in no small part due to Camilla Luddington's voice performance. Of course the animators and motion capture artists deserve a lot of credit as well for the excellent way they presented Lara's body language. Her expressions of fear, pain, exhaustion, anger and determination were clearly evident and it made the experience that much better. And who could forget that super cool TressFX hair?

From what I understand pretty much everything that was great about the 2013 game are improved in the newest one and that's great news to me. Especially because for quite a while it looked like Rise of the Tomb Raider wouldn't even make it to PC. Luckily it turned into a timed console exclusive and soon enough we of the "master race" could take our turn at seeing Lara's further evolution to the badass she is in the original '90s games. I'm really excited for this one. 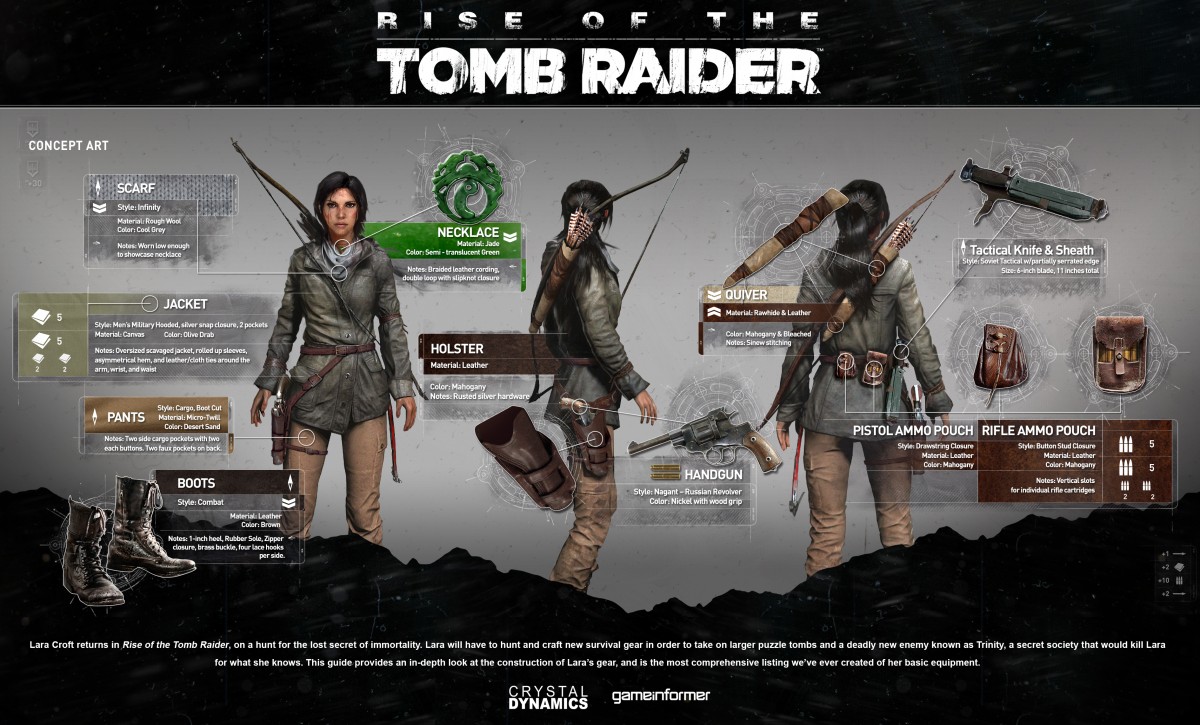 Firewatch is another anticipated title for me. This is the story of a fire lookout named Henry, who along with his supervisor, Delilah seek to uncover a mystery that's taken place near his watch tower. The whole thing takes place in the late 80s and seems to be narrative and dialogue driven. Sounds great to me.

I don't own this one yet, but I will soon enough. Folks have seen me say this before but I'm not usually a proponent of short games. But, with a title like this one I get the feeling that the four to five hours it takes to complete the allegedly stressful and emotional journey presented will feel very satisfying regardless. I've heard nothing but good things about Firewatch and I look forward to putting myself through its paces. 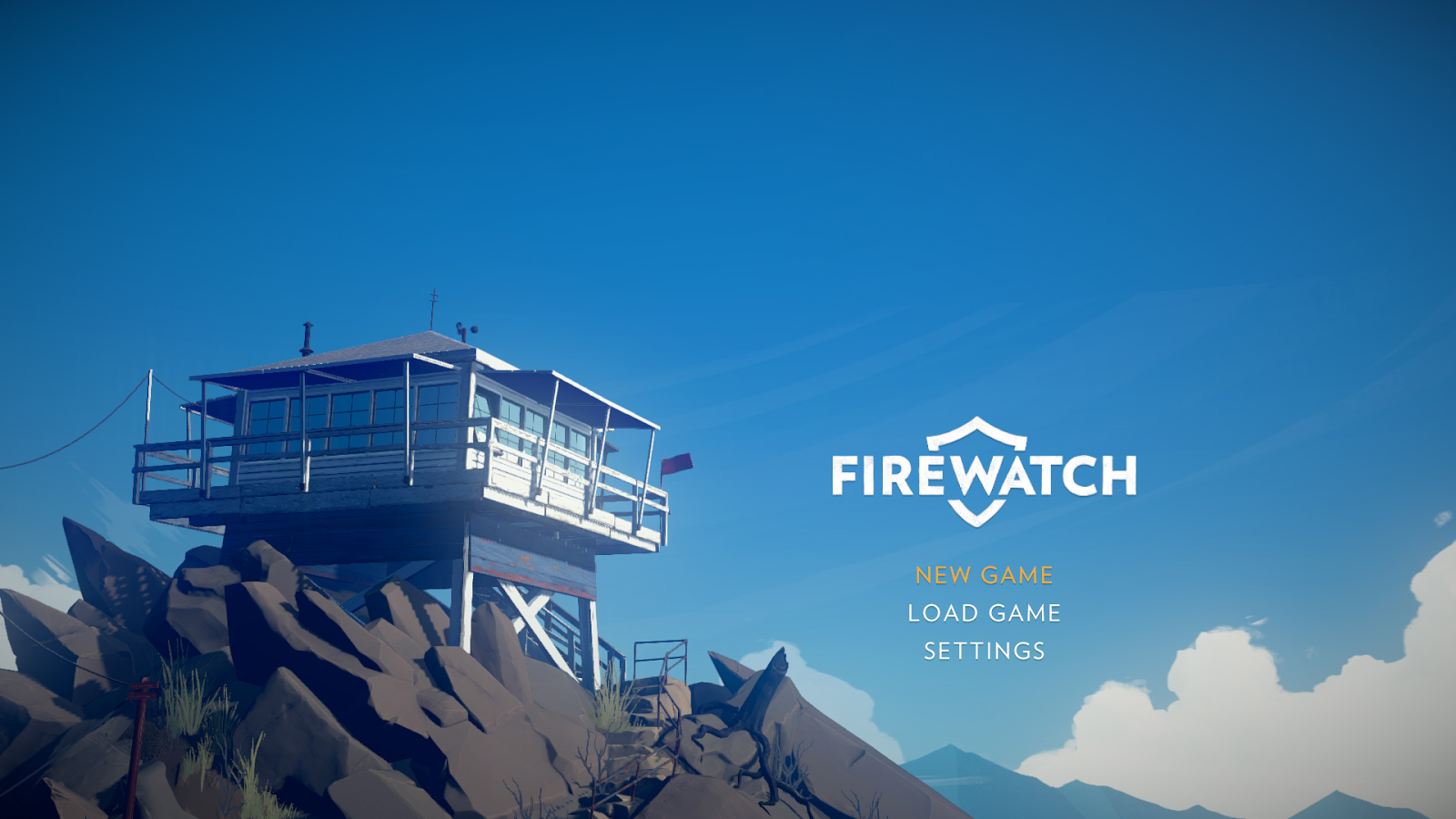 Layers of Fear looks like a pretty scary one. This is a story about an artist trying to create his masterpiece and it's slowly driving him crazy. Built using the Unity Engine this game looks great, which is saying something because Unity is kind of known for being a bit over simplistic. In any case Bloober Team SA (the developers of Layers of Fear) have done a great job and made a very high quality end product. One which I've been paying attention to for a while, and one that I feel I need to play in a dark room all alone.

On a side note, I can kind of relate to this one. I used to oil paint quite often and I know what it's like to get lost in your work. It may have even driven me crazy, who knows?

I'm excited for this one, it's been a while since I played a truly scary game. 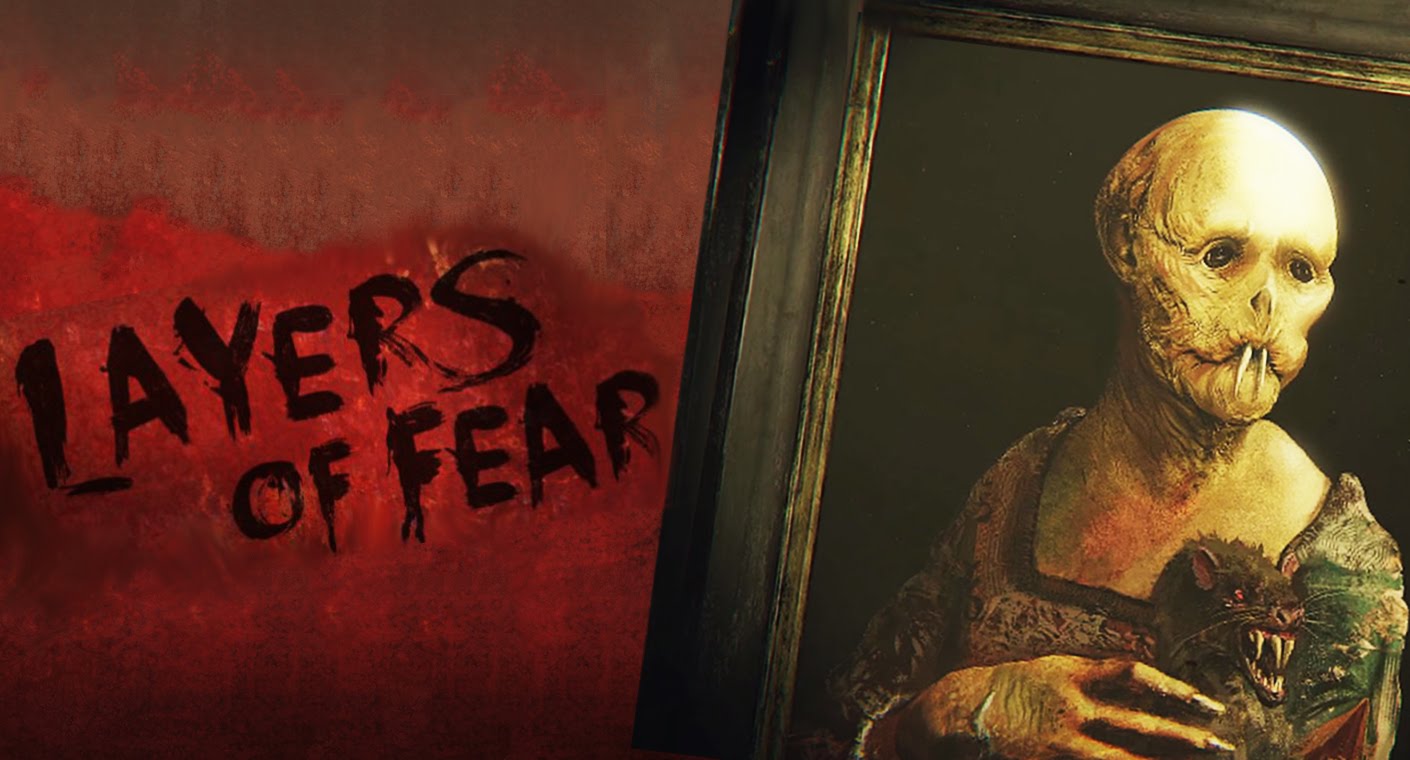 Must Have titles coming soon that I... must have...

Dark Souls 3 is something I must have. I played Dark Souls and Dark Souls 2 a lot, I can't wait for the third installment. Yes, the first one had a terrible PC port that was more or less unplayable without a fan made patch that cleared up a lot of issues, but that didn't mean it was a bad game. In fact it was of the best experiences I had with a title requiring trial and error to play. Dark Souls is punishing, unforgiving and lacks hand holding. It says to the player, "You're here now, good luck, you'll need it".

Each of the dark Souls games takes place in the same world, just in vastly different times. In the first Dark Souls you'll become very familiar with your surroundings, you really don't have a choice in that matter. During the second game an NPC states something like [kingdoms rise, fall and rise again] and if you pay attention you'll recognize places you saw when you were playing the first Dark Souls. It just feels as though an age has passed and things have changed.

Buildings that you may have seen in the first title are crumbling, some have been added to, others are gone entirely but you know that structure must have been here because of the otherwise familiar surroundings. One of my favorite examples is the large aquaduct from Dark Souls 1 that you spend a lot of time around is also in Dark Souls 2, just a bit off in the distance along with some more recognizable land marks. To me this just speaks to the forethought of the developers and design team to plan a game world in a sequel that doesn't require you to have played the first game, yet if you had, you'd notice a lot of similarities.

One thing that doesn't change is that there is very little information as far as a story line except that you're an undead person who is clinging to what humanity you retain and are drawn to the warmth of bonfires and the collection of souls to use for your betterment; a sort of universal currency that doubles as character experience. I feel that this adds a lot to the atmosphere of the game since it puts you in a position of saying "ok what now"?

Dark Souls has never been for the faint of heart. If you're looking for a friendly game of "build a character, save the world", play Skyrim. If you're looking for a game of risky exploration, being outclassed at every turn and the constant fear of invasion by another player who is there to kill you and steal your souls, then this is your game. And it's available April 11th.

And by the way, the optimisation for the Dark Souls games is fantastic. These titles are -beautiful- and they run perfectly on a wide variety of system builds. 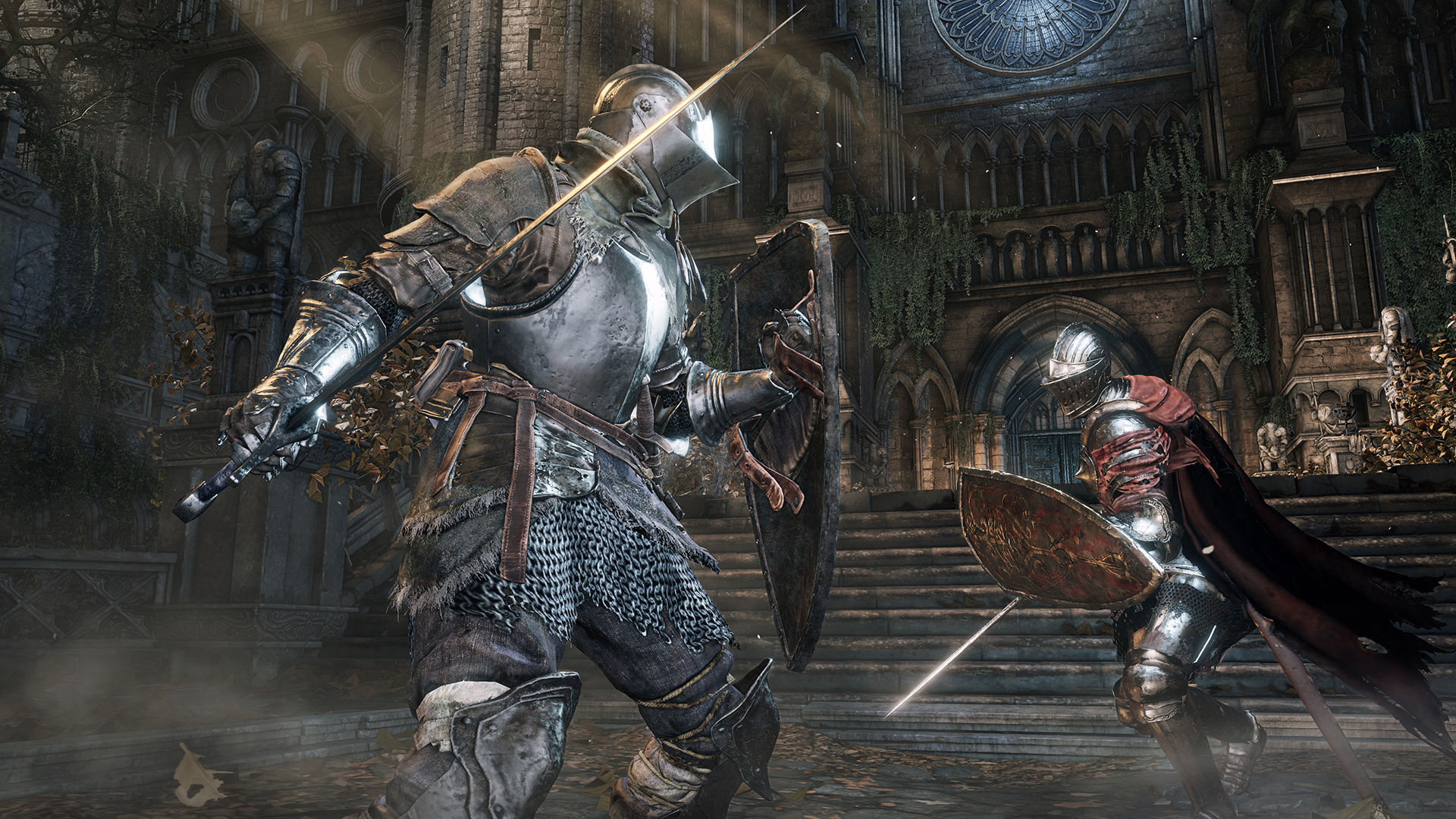 Doom What more iconic shooter is there? Even its original predecessor, Wolfenstein fell to the dynamo that was and still is Doom. Yeah people still play this game more than 20 years later. I always loved that even when you won in Doom, you lost. It wasn't a happy ending and that was pretty forward thinking. The only thing to take over Doom's greatness even if just for a time, was another ID game called, Quake. This was my jam. I played this with friends for literally years.

Anyway, here we are in 2016 and ID Software has been obtained by gaming giant, Bethesda. Now don't get too worried, even though Bethesda is the publisher of the new Doom game, ID still made it so we can still hopefully expect the same type of badassery that we all know and love. I say hopefully because we also know what happened during the Doom 3 launch... issues abound. Still it was good stuff, so I remain optimistic.

Doom is coming with a map editor and a campaign editor... awesome. I may have to take the time to learn the editors here, the last one I bothered with at length was the editor that came with Dungeon Siege back in 2002. I can see a lot of potential for some really excellent fan made single and multiplayer content. The campaign you're paying for is predicted to last a mere 12 to 13 hours, but that may not be so bad. It's a bit short for my taste on paper, I'd be happier with around 20 hours. However with the editors the potential for dozens more hours of quality content is pretty staggering. Not to mention the almost assured possibility of DLC content from ID/Bethesda. We'll be prepping for Doom on May 13th. 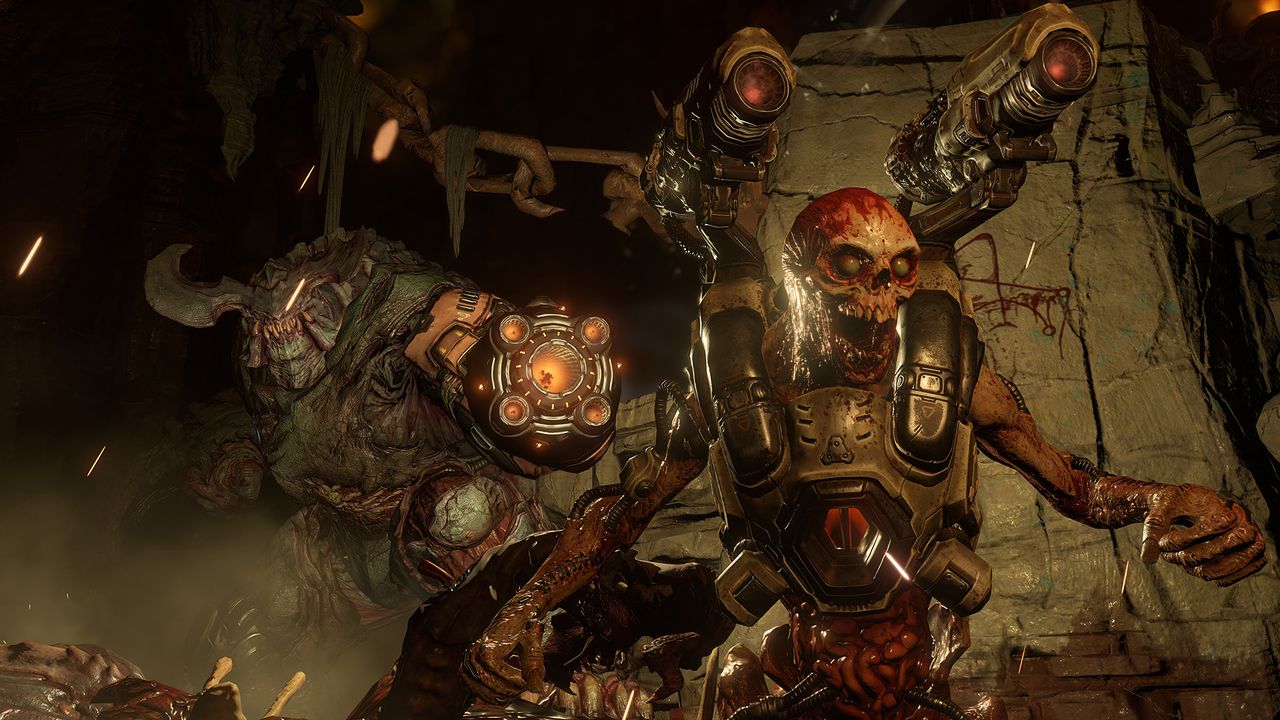 Witcher 3: Blood and Wine. Oh man how cool is this gonna be? Witcher 3 itself was a huge and extremely satisfying experience backed by a lot of free DLC and tons of developer support. Is there any wonder it's Game of the Year? I think not.

This incredible title also received some paid DLC: Hearts of Stone, which I have but haven't played because I kind of want to go back to back on that along with the up coming Blood and Wine expansion. Yeah I know, this is an expansion, not a full title. However, the size of this DLC is alleged to be big enough to be confused for a sequel containing a world like we haven't seen yet and as big and full of stories and quest lines as Wild Hunt was.

If you played the Wither 3, then I'm sure you're as excited as the rest of us for this one. Especially since it's rumored to be the last Witcher game and likewise the last DLC. Thankfully, CDProjekt Red isn't done making games and we will eventually see Cyberpunk 2077, which Cody Hall and myself speculate will somehow involve Ciri from Witcher 3. If you played and paid attention to the things that Ciri said while explaining her travels with Avallac'h, it's not hard to jump to that conclusion.

Anyway, this looks to be a pretty spectacular expansion and one that I'm finding it very difficult to wait for. Thankfully we'll see this some time in the second quarter of 2016. 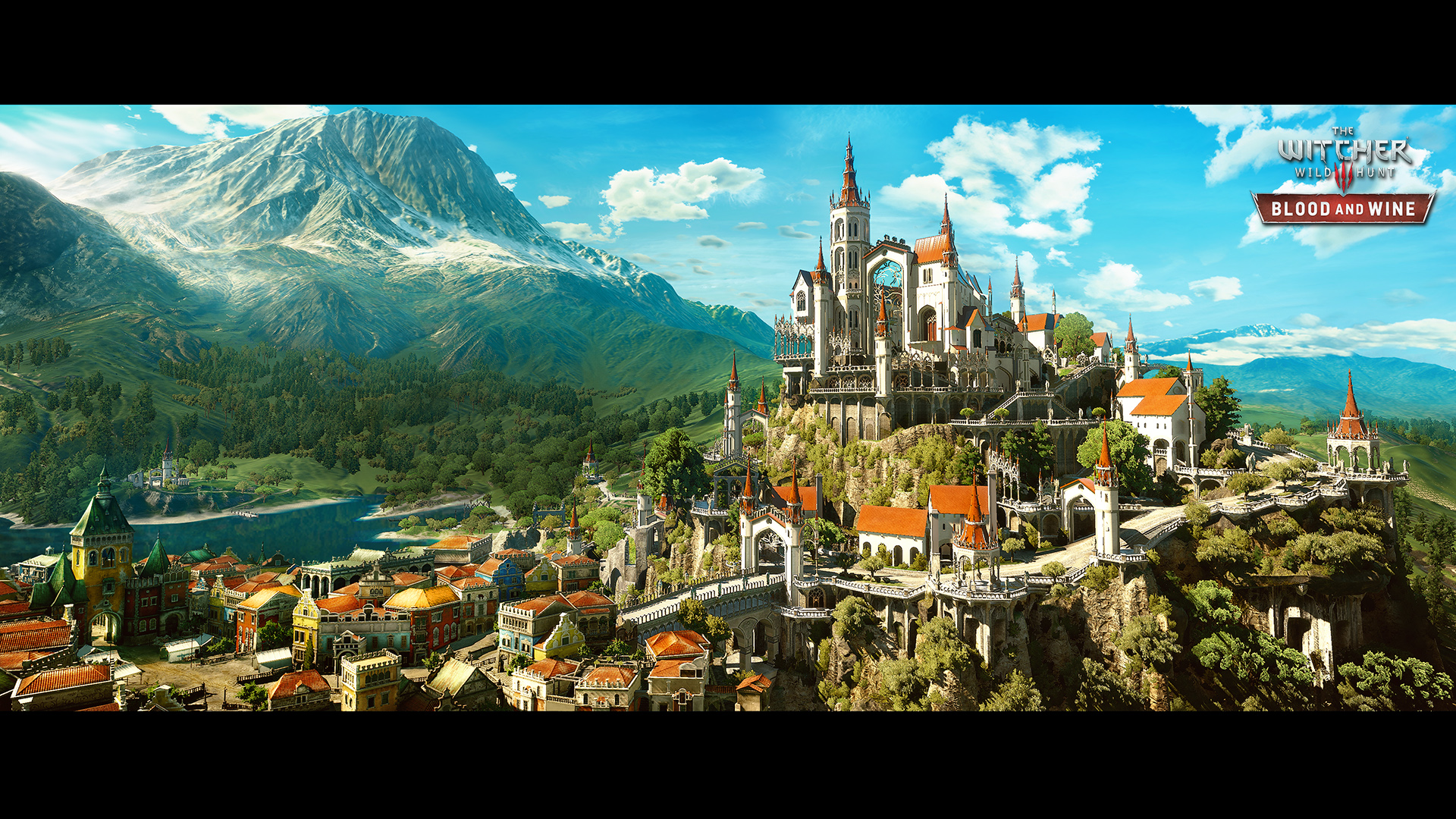 Deus Ex: Mankind Divided These have always been really intriguing cyberpunk games. I played a few of them including Human Revolution and it's expansion The Missing Link.

Mankind Divided is set a couple of years after Human Revolution and our protagonist, Adam Jensen is back to install some questionable hardware directly into his body. Story goes that it's now been two years since the incident that caused augmented humans to attack each other in the streets, and people are now scared to be augmented. This has led to an uprising of non-augmented people and the segregation of those who have augmentations. Adam (a highly mechanically augmented human) has been tasked with investigating terrorist groups that have risen and put an end to them in general.

These games are cool because of how you can build your character. Want to make your Adam Jensen a gun toting armored law enforcer? Go for it. Want him to be a stealthy ninja-like character capable of punching through walls? You can do that too.

Not much else I can say about this one except that I want to play it. And I will, come August 23rd of this year. 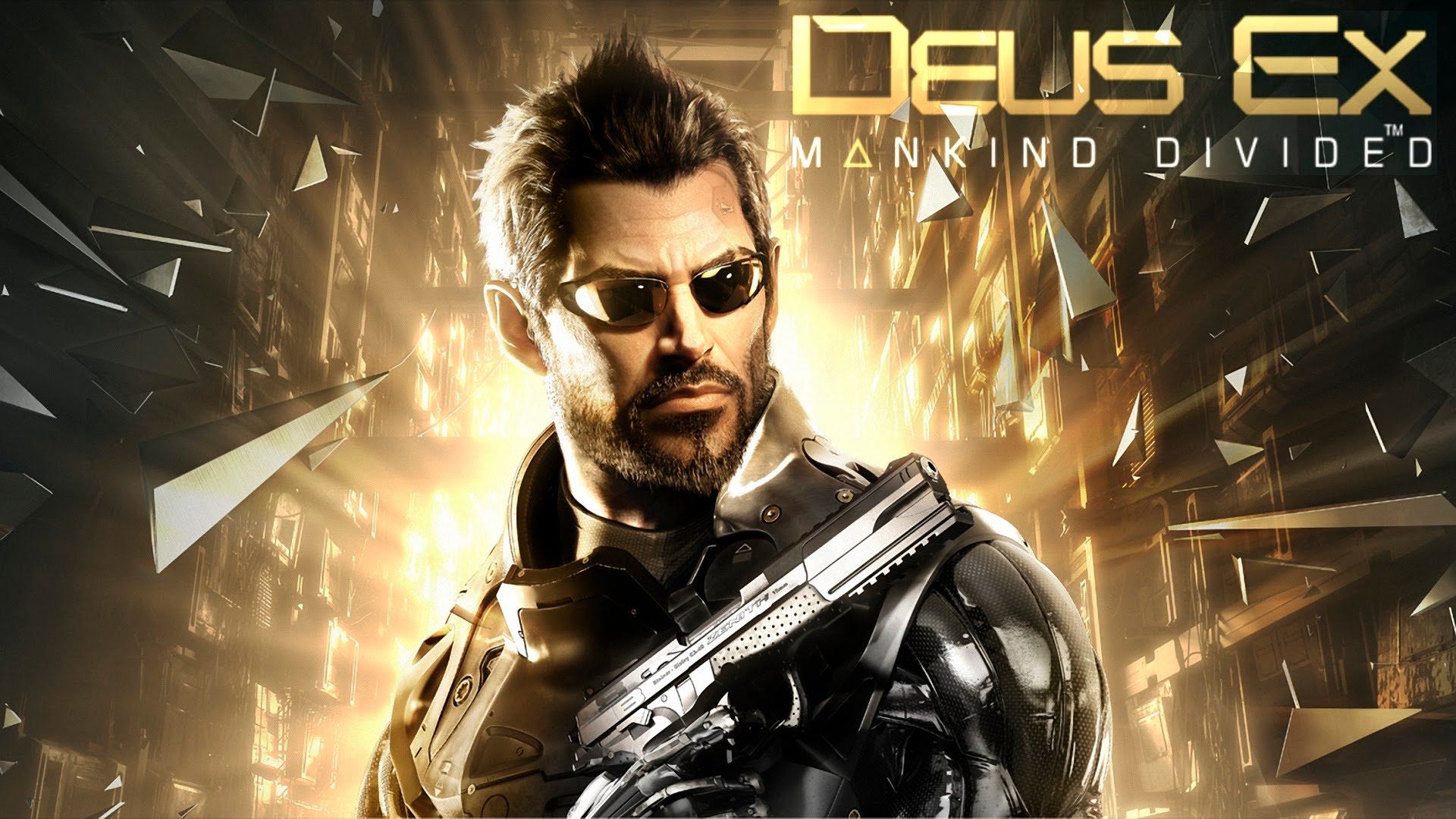 And there we have it

Some stuff I'm looking forward to in the very near to near-ish future. 2016 is going to be a big year for gaming, there are tons more titles coming up that I didn't get to and if you have more to add let me know in the comments.