This weekend, I (along with countless others) will be watching the finals of the most prestigious tournament in tennis, Wimbledon. Truth be told, I've had a bit of a love/hate relationship with the sport over the years. Like so many things in life, I found tennis to be easy to learn and difficult to master (I'm still working on that last part). Frustrating as it can be, it is still a great sport that is fun to watch and play.Unfortunately, you need a partner to play tennis and those are not always readily available. That is why simulated tennis is sometimes just the better way to go. Fortunately, tennis games are not that difficult to find.

I've been playing tennis games on one system or another since I was 10 years old. In that time, they really haven't changed all that much except for the graphics. I enjoyed them when I was a kid and I still enjoy them today. Here are six of my favorites. 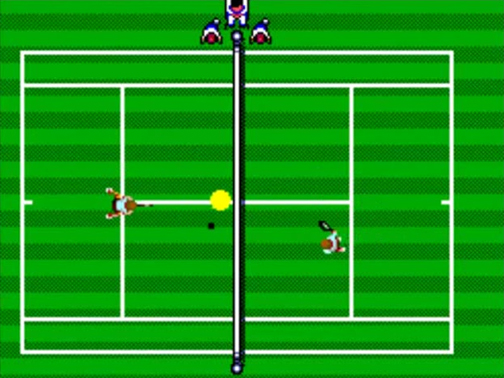 Tennis Ace may not hold up very well these days but it will always have a special place in my heart. Not only was it the first tennis game I ever played, but we also got it when I was first learning how to play the sport for real. It was kind of fun and exciting to learn some of the basic principles virtually and then be able to apply them on the actual court. The game was also pretty enjoyable to play and that further helped to spark my interest in the sport. 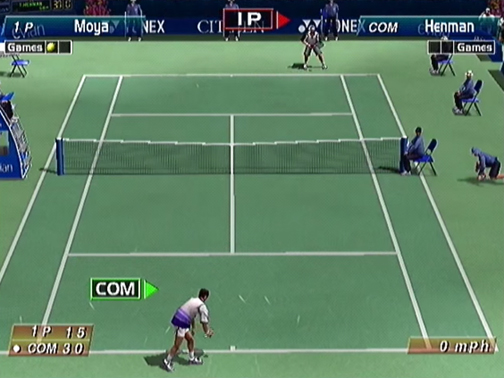 As I kind of mentioned before, I have always been a sucker for Sega games. I am also a sucker for Arcade games. Virtua Tennis was both. First releasing in the arcades in '99, a Dreamcast port followed the next year. I often played both because Virtua Tennis was simply exquisite. It managed to simultaneously modernize and revolutionize the game of virtual tennis. I still like to play it whenever I can (along with its sequel). Virtua Tennis 3 and 4 were okay but 1 and 2 are still my favorite video game adaptations of the sport. I don't think that will change anytime soon. 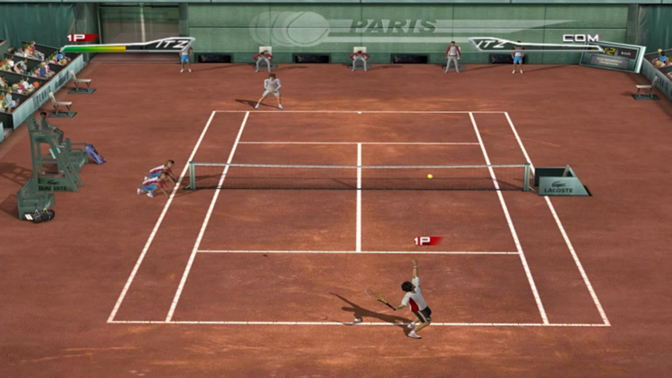 For a short while, Microsoft was publishing its own XSN Sports line of Xbox Live enabled games for the original Xbox. Top Spin, like Links 2004, was one such game. Much like the sport it simulates, Top Spin was accessible, yet deep. You could easily spend hours upon hours building up a custom player in career mode, learning new tactics and increasing their stats. The game also offered the aforementioned Xbox Live online multiplayer as well as a system link option for local separate screen play. Both were very welcome features that were basically nonexistent for console sports games at the time.

Like so many other great ideas Microsoft has had over the years, the XSN line was abandoned entirely too early. The Top Spin franchise was acquired by 2K and three sequels have since been released. None of them have managed to live up to the original though. 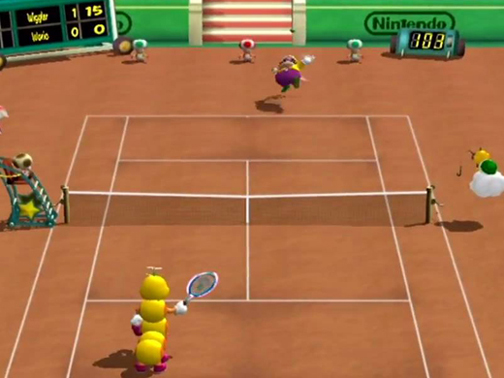 The Mario Tennis series is the longest running and easily one of the best out there. I think I actually own a version of every entry (except for the Virtual Boy one). Mario Power Tennis for the GameCube is my personal favorite. That one had it all, great mechanics, beautiful graphics, lots of fun extras... In fact, it was such a good game that instead of making a new Mario Tennis for their next console, Nintendo opted to simply release it a second time on the Wii. And GameCube games were compatible with the Wii! 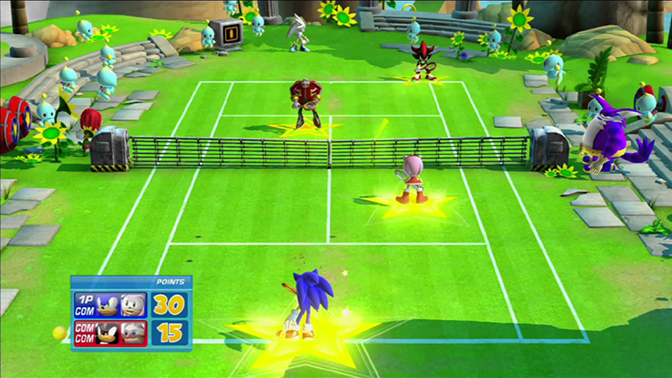 In 2008 and 2010 respectively, Sega decided to throw down the gauntlet and take a crack at giving Sonic and pals their own versions of Mario Tennis and Mario Kart. Thanks in part to the wonderful talent at Sumo Digital, they largely succeeded. The Sonic & All-Stars Racing games in particular are actually better in many respects than the Mario Kart games they were inspired by. But that's a discussion for a different article.

SEGA Superstars Tennis, while not quite as fun and engaging as Mario Tennis, was still a valiant effort, and is a very decent game of tennis in it's own right. I'm a big fan of all things Sega, as well as good games, so putting this one on the list was pretty much a no-brainer. 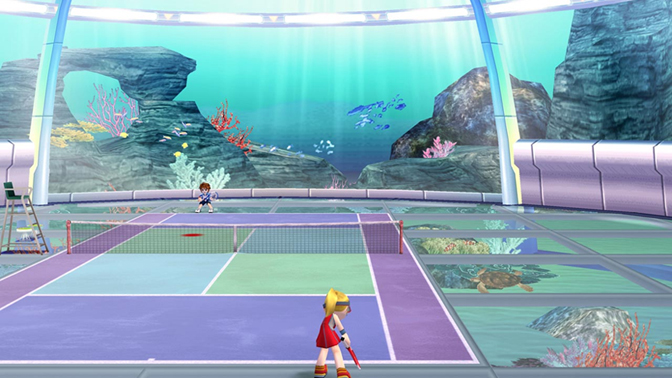 The Hot Shots (or Everybody's) Golf series has enjoyed wide-spread popularity over the years for its humorous and somewhat fantastical (yet detailed) approach to the game of golf. Not contented with merely being kings of the virtual links, in 2006 Clap Hanz decided to extend their empire to the tennis court as well. That year, they released Hot Shots Tennis for the PlayStation 2. And in 2010, they released Hot Shots Tennis: Get a Grip for the PSP.

I never played the PS2 version, but Get a Grip was exceptional. While not quite as accessible as their golf games, Get a Grip does play a great game of tennis and is a Hot Shots game through and through. I don't know which (if any) other sports Clap Hanz will try to tackle next (Football? Just kidding.) but they are on a roll so far.

So that about does it for my list of six favorite tennis games. I would apologize about the excessive representation of Sega in this article but, really, there is nothing to apologize for. They make a mean game of tennis. What about you? What are your favorite tennis games? Which ones should I be chastised about for failing to include in this list? Please share them in the comments.
[Images: SEGA, Nintendo, 2K, Sony]