Like many others, I will be enjoying the close of the Masters Tournament this afternoon. I've long been a fan of both watching and playing the sport of golf, even though I'm not all that great at it myself. I've always found it to be a relaxing means of enjoying the outdoors while simultaneously scratching that innate competitive itch. It's also a great social activity that allows you to drink, take in some scenic splendor, and catch up with your friends, your brother, your dad, etc.

The only problems are that it's expensive, and that you need to have the right weather for it. That's why, sometimes, it's just a better option to simulate the experience. Although having drinks and buddies on hand is still encouraged.

I have a long history with golf games, going all the way back to the mid '80s when I frequently played NES Golf at my friend's house. The graphics, mechanics, and attention to detail have all improved by leaps and bounds since then. Though some features have surprisingly changed very little. I guess that's to be expected considering how little the game itself changes. I've played a lot of different virtual versions of the sport over the years. The following are my six favorites. 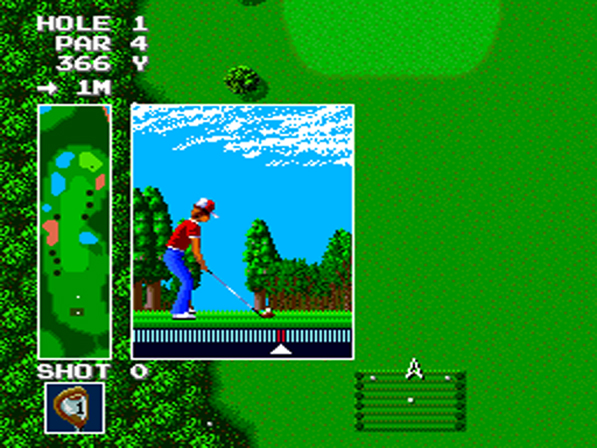 They say you love what you know. I know Power Golf. NES Golf may have been my first taste of the virtual links, but Power Golf was the first golf game I owned. The first game I could practice exhaustively and really familiarize myself with. Plus it had better graphics than NES Golf, so once I found this, I never really looked back. I played this game a lot with my siblings. We had quite the rivalry. I still like to bust it out on occasion, just for old times sake. 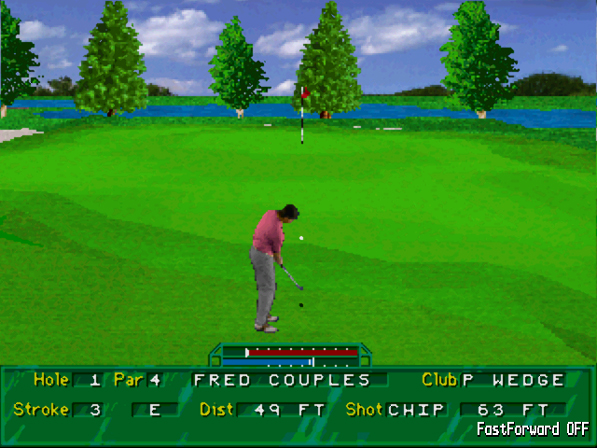 This game wins the award not only for best sports game on the criminally underrated 32X (there were actually several), but also for longest video game title. Ever. In an attempt to try and justify my choice of a fairly unpopular $150 gaming attachment for an already fading Genesis console, I began buying pretty much any 32X games I could find. Luckily, most of them weren't actually half bad. One of the first ones I picked up (after the equally excellent Star Wars Arcade and Virtua Racing) was what I alway referred to simply as 36 Great Holes (since its full title was too ridiculously long for normal everyday conversation).

36 Great Holes had a number of things going for it. It looked great on the 32X, it had digitized movement and speech, it featured the 1992 Masters Champion, Fred Couples, and, most importantly, it played a great game of golf. I also liked that there was a Caddyshack "It's in the hole." quote hidden in the game. 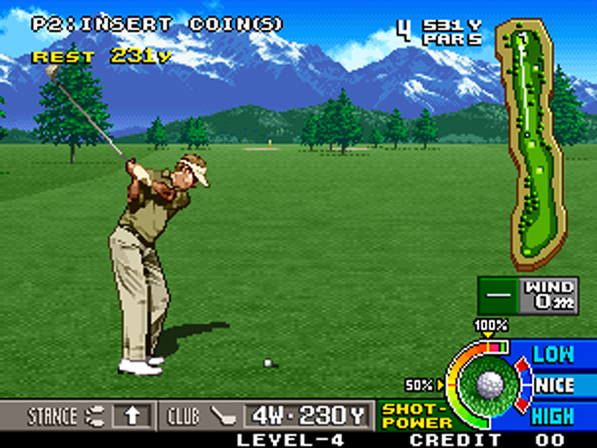 Believe it or not, Neo Turf Masters is not a game I have been playing long. I actually first discovered it only a few years ago when I picked up the SNK Arcade Classics compilation for my PSP. However, I have spent a decent amount of time with it and I felt compelled to include it on this list because I am a raving arcade nut and an avid fan of most Neo Geo titles. Especially the better games (this being one of those). It is also available for the Wii Virtual Console for those interested. Definitely worth a look in my opinion. 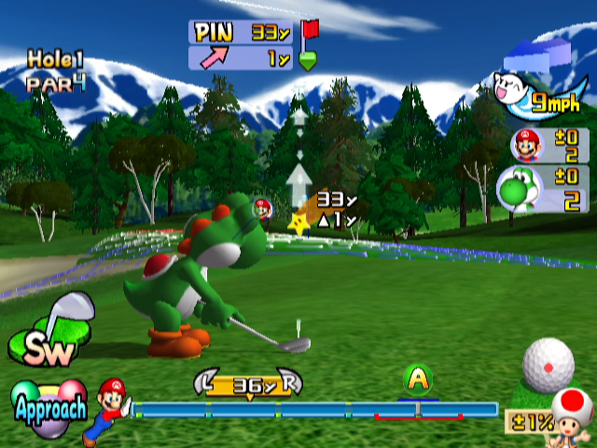 Sometimes, the best games aren't the most realistic ones. Such is the case with the Mario Golf games. Sure, your average country club course isn't going to feature green dinosaurs and lava traps, but maybe that's just what I'm looking for. There have been several Mario Golf games over the years (even the first NES Golf game had Mario in it). Most of them are quite good. This GameCube entry happens to be my personal favorite. It is hands down the best console Mario Golf title to date. Although, I am hoping for a Wii U follow-up at some point. 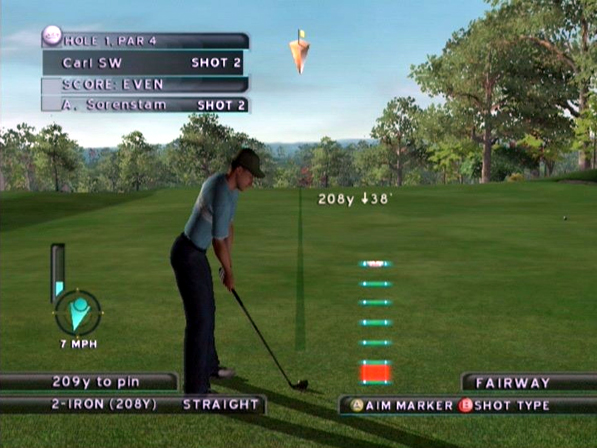 For a short while after the launch of their Xbox Live service on the original Xbox, Microsoft had its own line of Xbox Live enabled games it produced under the XSN Sports brand. Links 2004 was one of these. Along with the slightly earlier Tiger Woods series, I consider this title to be one of the first modern realistic console golf games.

I did consider putting a Tiger Woods title on this list but I've always preferred this game over any of those. It included a number of great features when it came out that put it far ahead of the competition. The aforementioned Xbox Live feature (including a simultaneous play option where the players didn't need to wait for their turn), system link, custom soundtracks, great mechanics, and more. Also, again, it played a pretty compelling game of golf. 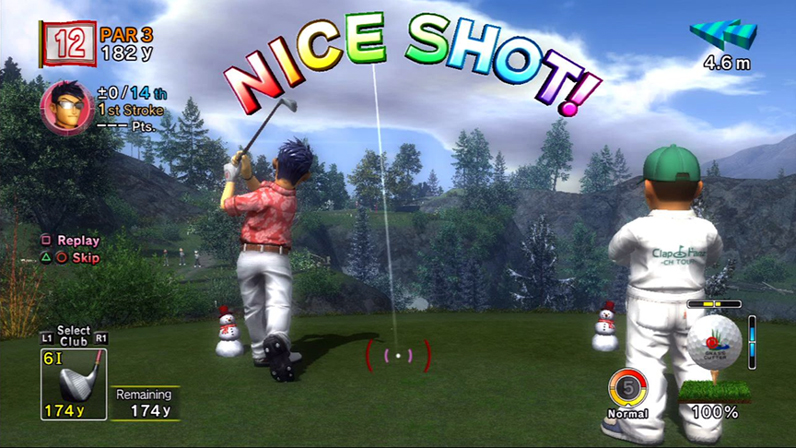 Again, for my money, the most fun isn't necessarily had with the most realistic interpretation of the sport. Take the Hot Shots (or Everybody's Golf) games for example. It's a heck of a series. Every single entry is a delight to play. I particularly like Out Of Bounds because it offers both the traditional style of controls, as well as Move functionality (for when you want the more immersive Wii style of play). It also looks amazing and is just great fun to play.

So that wraps up my list of personal golf game favorites. What about you? What are your favorite virtual representations of the sport? Please feel free to share them below in the comments.