Styx: Shards of Darkness is an old school, sight and sound based, straight up stealth game. If you’re used to Action-Stealth games of the modern age (an oxymoron if there ever was one) this game might shock your sense even more so than its predecessor. The sequel to Master of Shadows, Shard of Darkness ups the ante on its level design, lighting systems, and difficult paths even for stealth veterans. As always I’ll be taking a look at those areas and more, and see where the game might have a few faults. Starting where we always do in a past due review, let’s see what the game’s animations look like.

Much like the first game, the animation quality is not exactly the strong suit of these developers. While key poses for characters are fun and exaggerated, their movements are typically quite stiff and don't seem to flow naturally. This might be more of a problem with the rigging than the actual animation quality, but it still ends up in a final product that looks more mechanical that it does animated.

Switching between different types of movements can be jarring at times, with noticeable jumps between one frame to the next as the player changes movements mid animation.

I wouldn't call the animation quality bad but it's certainly nothing to write home about. Thankfully it doesn't end up being distracting in the final product. Yet I do think these Styx games would be much more fluid if they could figure out how characters should move in these incredibly well crafted environments. Instead the animations try to play on the cartoon-ish nature of the game’s humor, but without fully grasping how they should do that.

Despite their movements not being as smooth as possible, the actual character models and the environments they inhabit look pretty damn good. Obviously Styx himself is the only character model with a decent Poly count, but honestly it would be a waste of resources to spend time making the NPCs as detailed as possible. Either you are going to simply hide their body, or avoid them entirely like me. 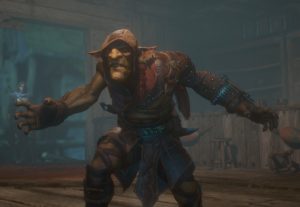 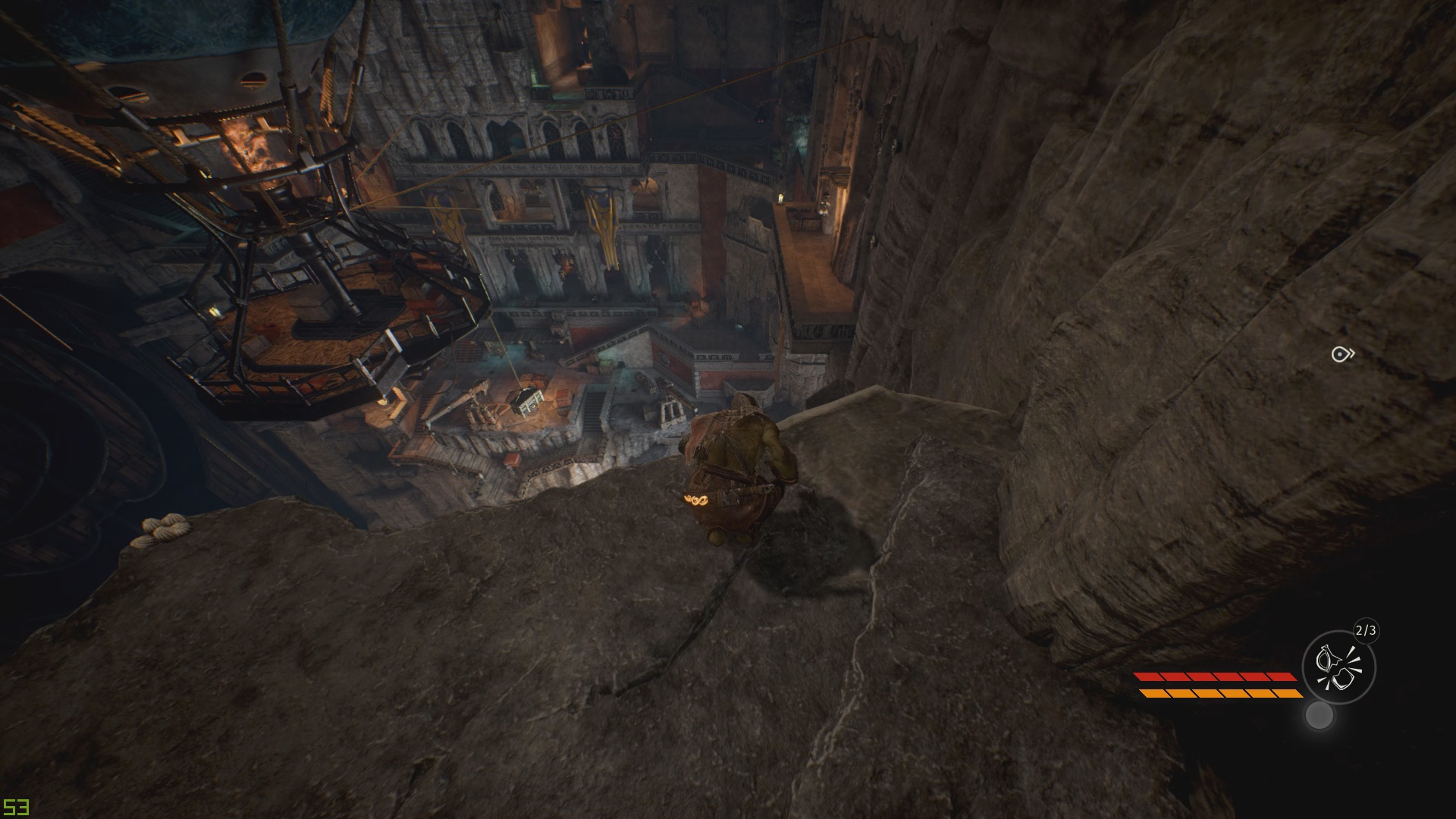 The environments’ design is so clearly tied to the desires of the level design team, and the collaboration between them and the environmental modelers comes off as just superb. The sheer amount of production design to rooms players could never see is both praiseworthy and a damn shame, but it’s the price of building out a large level within a living world. Something these guys should be extremely proud of doing. 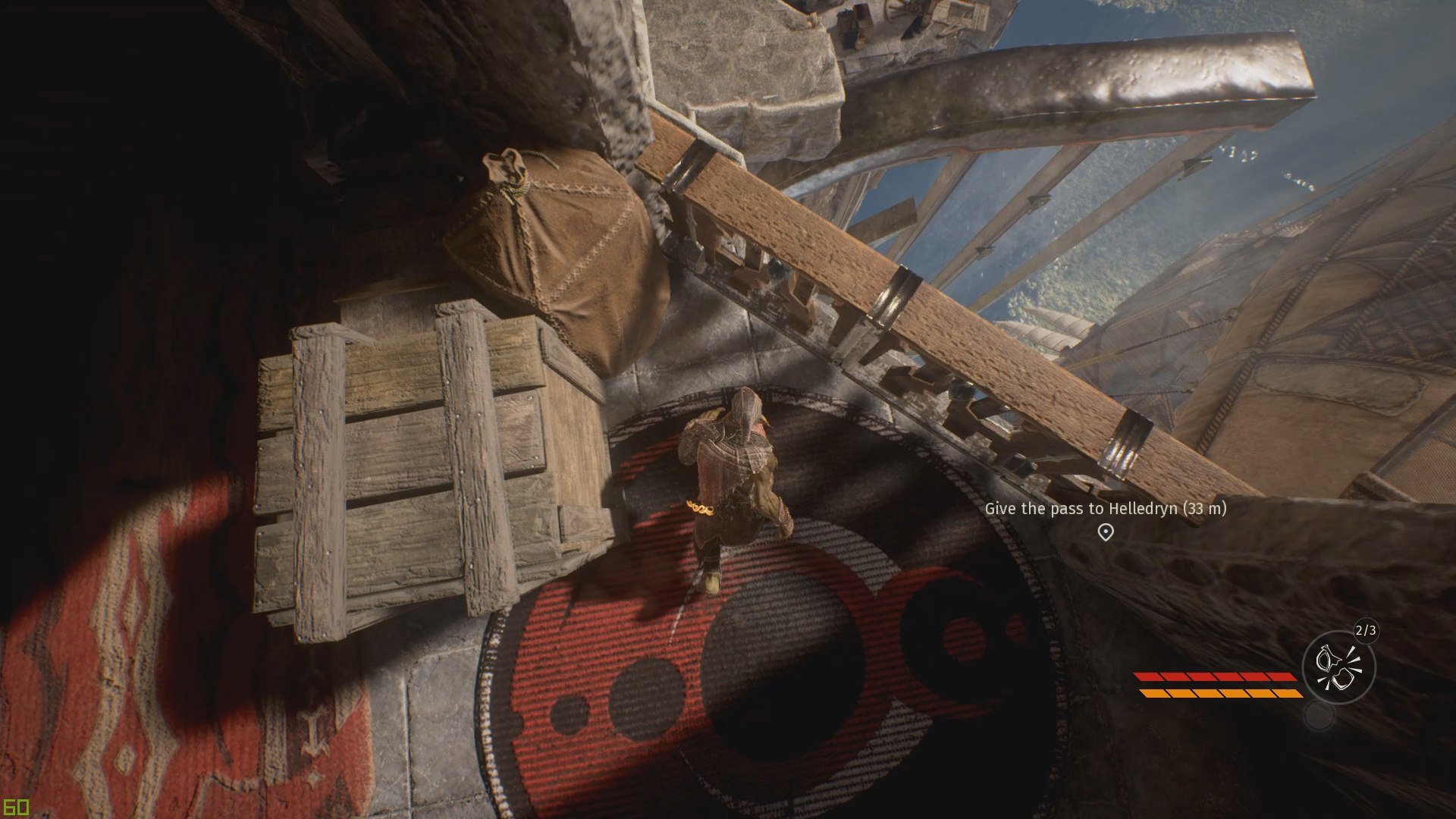 The textures on these models are definitely strange to review in a game like this. We’re obviously not looking at 4k textures on the models here. But the sheer amount of objects in a level would require the artists to work in 1024 most of time here, with only the occasional texture that looks like it's on a 2048 map. And it’s a little unfair to discredit a texture artist’s work just because they were obviously limited in what resolution they could work in for a game. So despite gamers (especially us PC gamers) being used to high res textures, I have to give credit to these guys for knowing how to work with what they had. Even if a texture can be a bit low res, I never had to second guess what the artist was going for. And the fact that they could do that in today's day and age with half as many pixels as I’m sure these guys are used to working with, that’s pretty damn impressive.

Thankfully these texture “issues” are obfuscated by the game’s incredibly great use of lighting direction. While the shadows and light shafts may not be as high quality as gamers are used to, the placement and direction of the world’s lighting knows exactly how to make everything shine in the darkness. 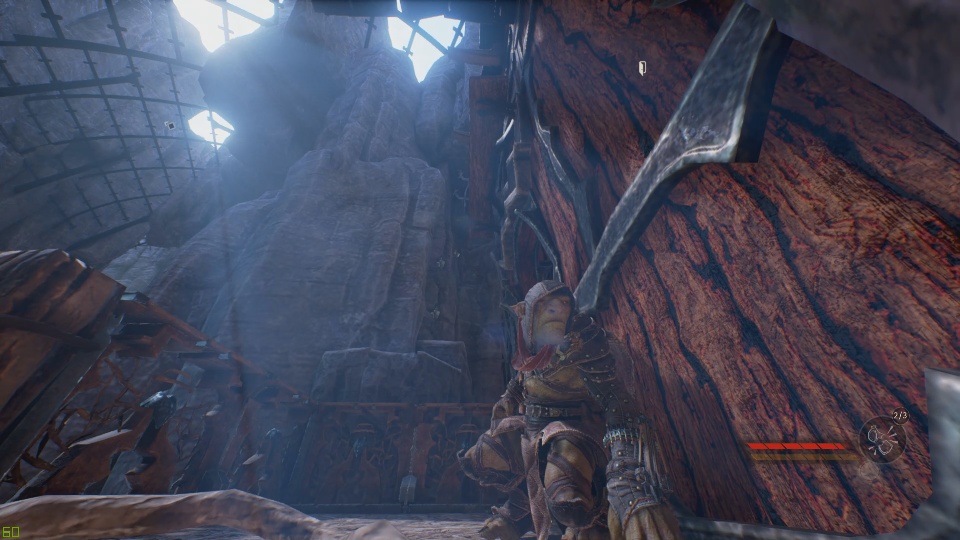 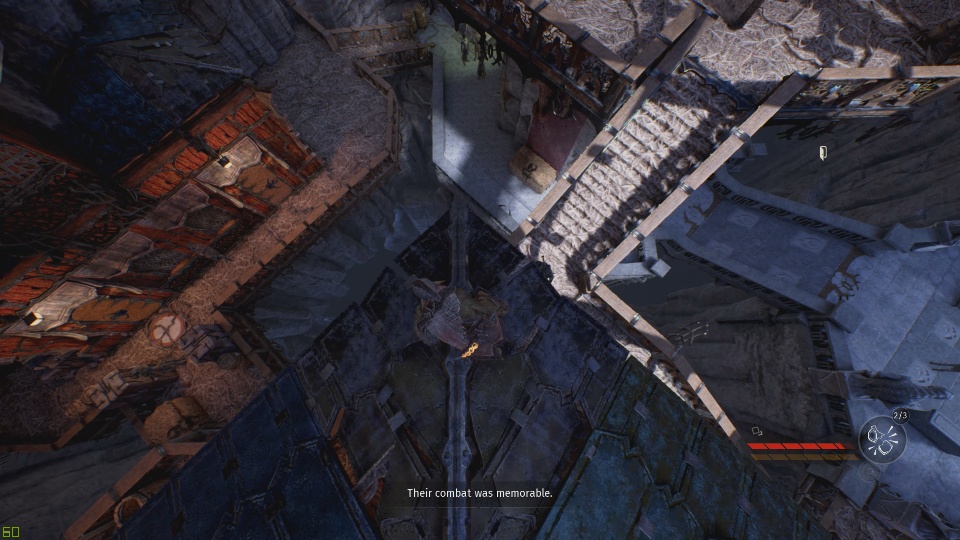 This is yet another team that no doubt the Level Design guys had to work with constantly, as the lighting in a stealth game is inherently part of the level design. And much like the modeling team, where one’s work ends and the other’s begins is incredibly hard to tell. Meaning they both did their jobs extremely well. There never seems to be unfair lighting or areas that don’t offer enough paths in the shadows between the solid objects in the environment you hide in or behind. Another all around stellar collab between the departments in this game, which points to a great game director, and it means we all get to play a great game. 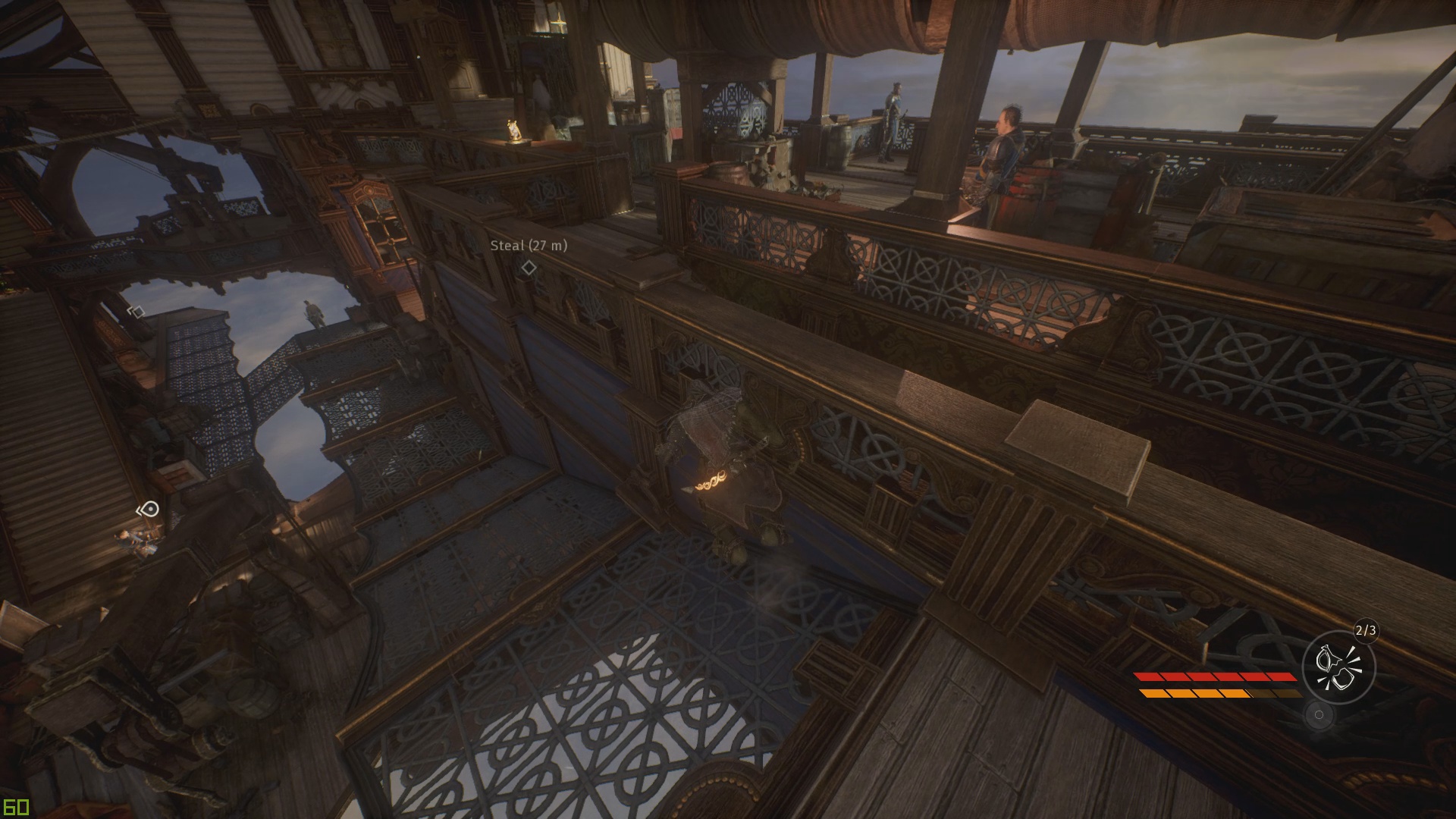 Areas are still incredibly open and offer no “true” path for the player, encouraging replaying levels multiple times to find the best routes on your own to get through them. They’re still quite vertical with plenty of ways to get lost or caught even if you do end up on the rooftops of each mission. And unlike some games (Dishonored) you don’t get to automatically walk to your objective with no consequence just because you got on the roof above the guards. 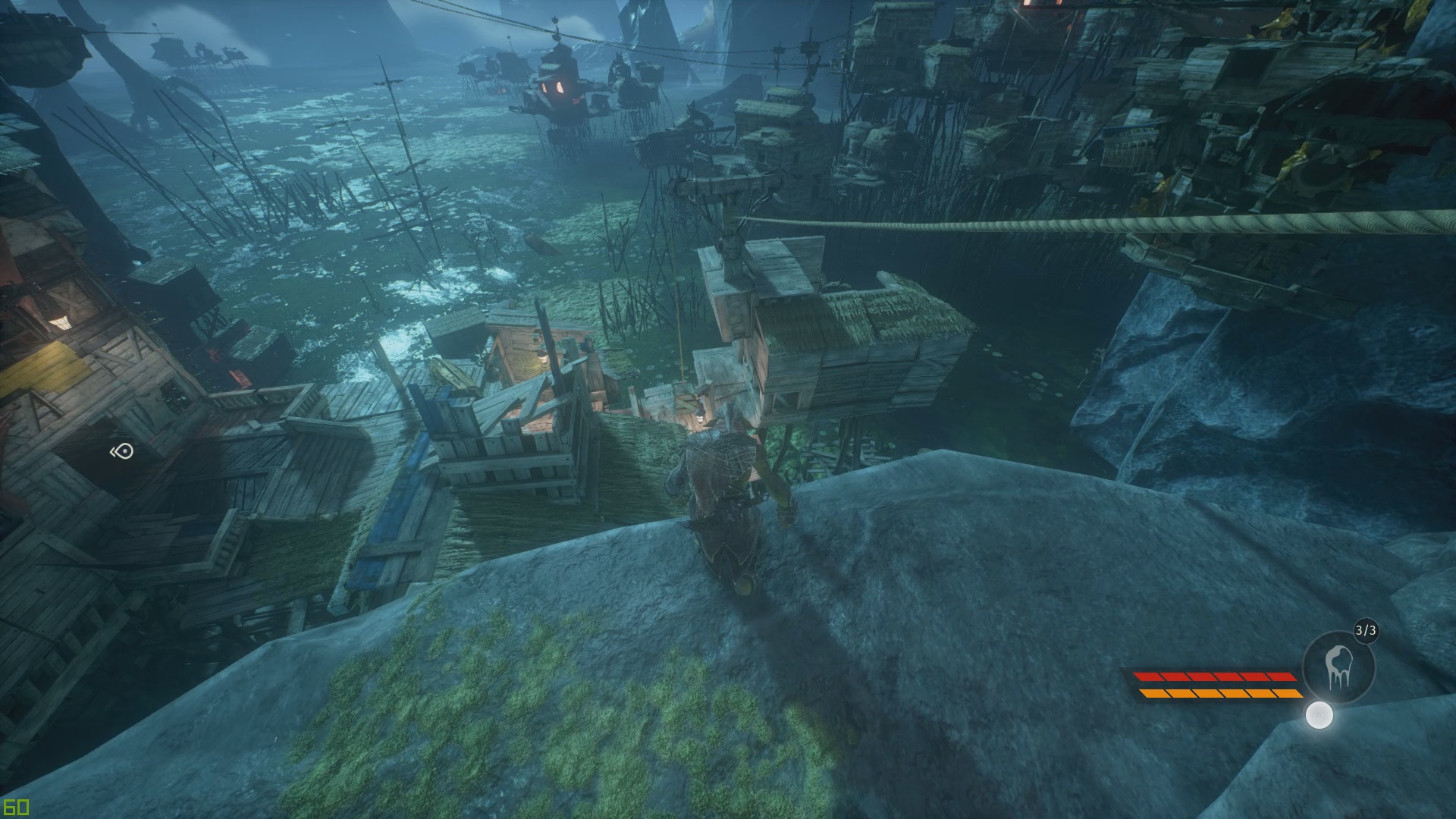 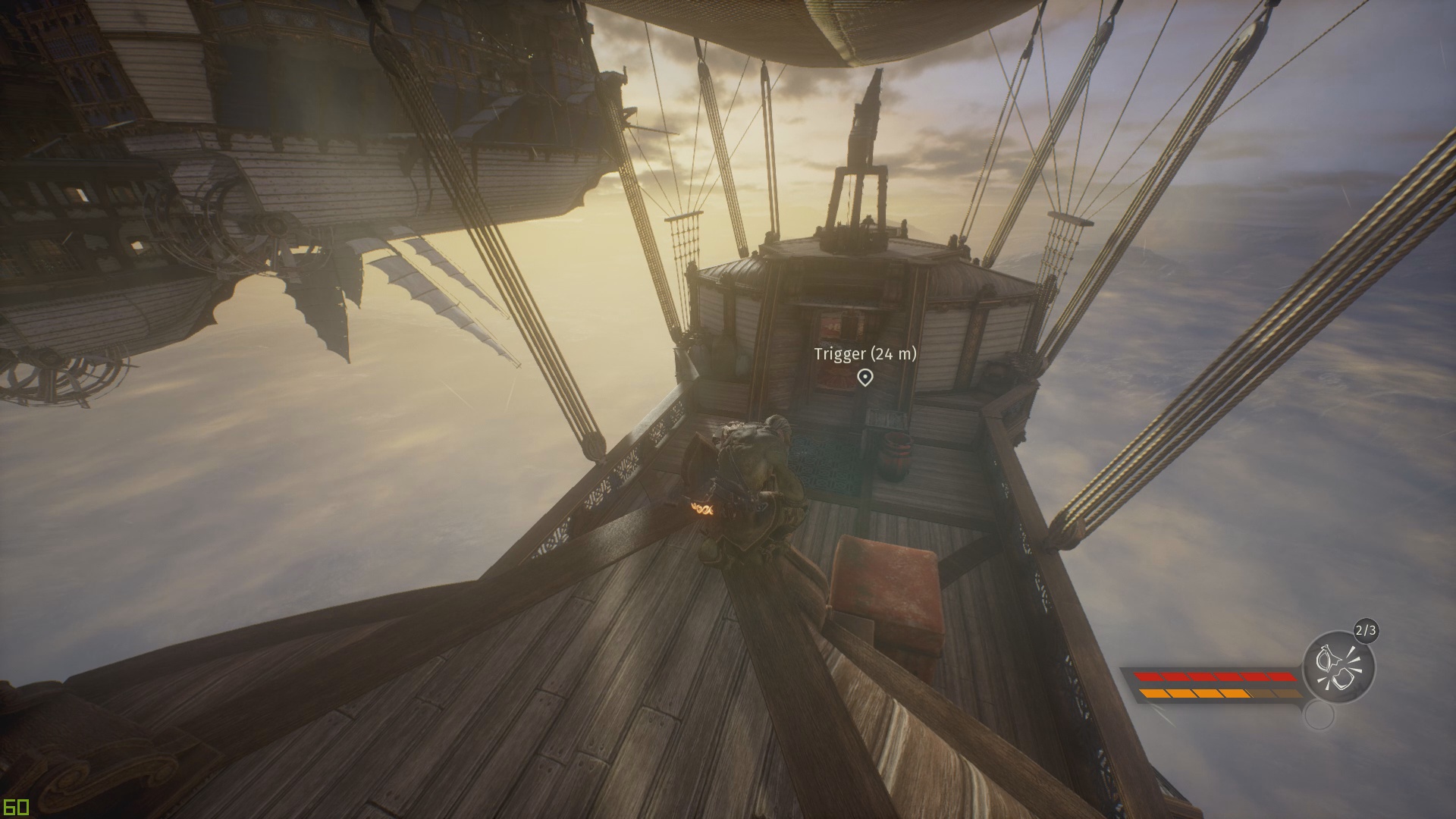 Unlike the first game however, the creative design for the levels and the varied difference between the environments offers a refreshing change of scenery from mission to mission. Whereas the first game all had very similar interior environments that where reused halfway through the game (although it was for a very clever narrative reason).

While the animations are hard to describe as fluid, moving through these environments, hugging walls to peak around, climbing up walls, and jumping across high beams, is as fluid as water. Rarely have I played a game that nails the relationship between how the player interacts with the world, and how that world is laid out for the player.

The player is forced to adapt him or herself to the required dexterity needed to jump from beam to beam or nimbly avoid being spotted by guards. Guards whose field of view is dependent on whether Styx is in the shadow, whether he is above or below them (easier to see someone below you than above), and how far away he is. These varied relations and their potential combinations all create a varied difficulty for the player depending on how they move through a level. And the relationship between these things are not immediately made obvious to the player, meaning you will need to experiment with the limits on when a guard can start to see you.

Thankfully the Guard’s sight is not determined by a boolean, instead a shadowed Styx barely within the periphery or close to them will create a grey circle above their head that begins to fill up. Once full it turns yellow, meaning they spot something out of the corner of their eye. Which will prompt them to leave their post to investigate, something that can be as useful to distract guards as throwing bottles or sand. However if this yellow circle is triggered too close to a guard, or if Styx is not shadowed, the circle turns red. Red meaning detected, and for me means reload the level. For others it can simply mean an alert is triggered putting all guards on alert for the rest of the mission, assuming of course you don’t meet instant death from the guard who spotted you. 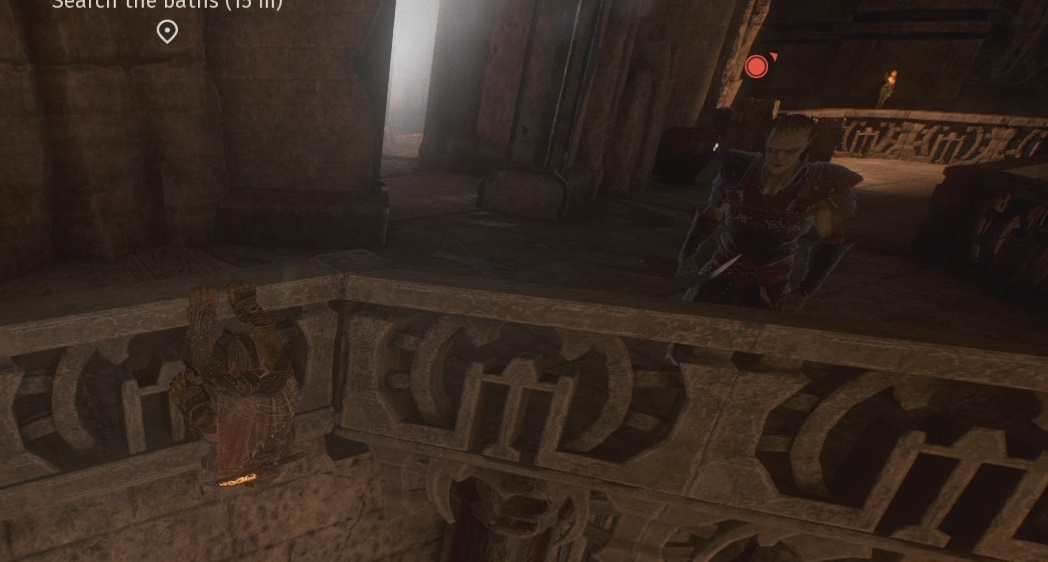 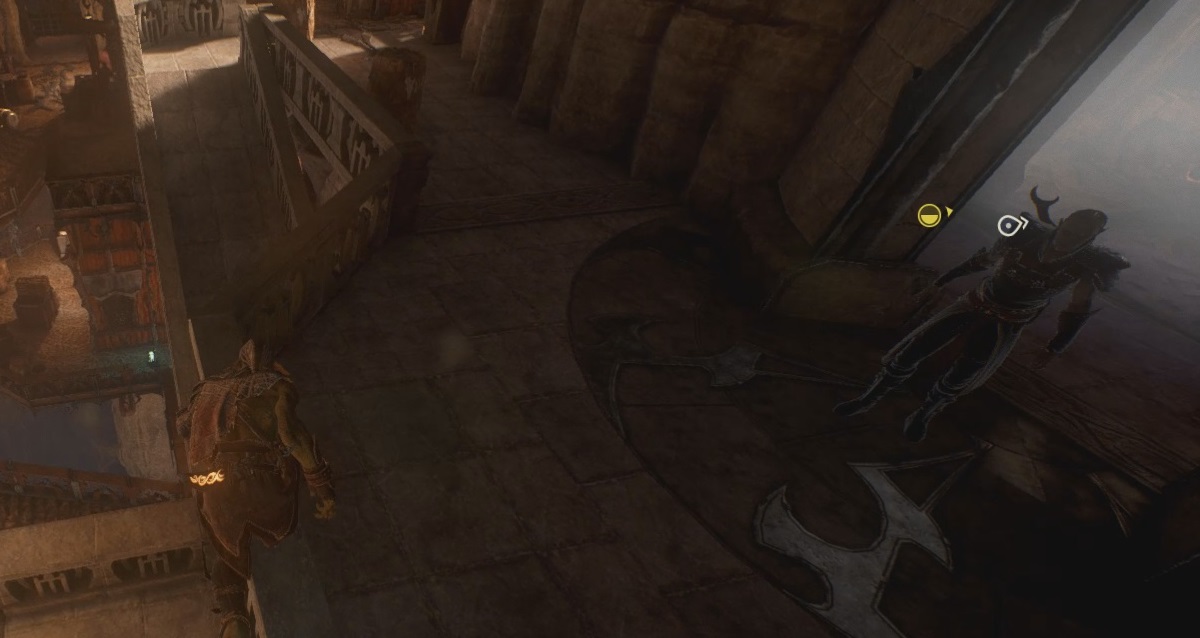 One unfortunate thing both the first game and Shards of Darkness fall prey too is a disconnect between the goals laid out for the player, and the abilities offered to the player. The first game focused on using as little abilities as you could in a level, which made upgrading them counterproductive to playing the game as best you could, and this game focuses on how long it takes you to complete a mission, while also offering more rewards for exploring as much as possible.

Different types of goals in the levels are good to have in stealth games, since there are many different types stealth gamers. But when you play through a level and only see your playstyle is being rewarded only 1/3 of the time, it can feel like you’re missing out.

It might have been better to ask the player what playstyle they seem to fit and to only show the speedrunners the time goals, the completionists all the collectibles, and change whether kills reward you not based on how you like to play. 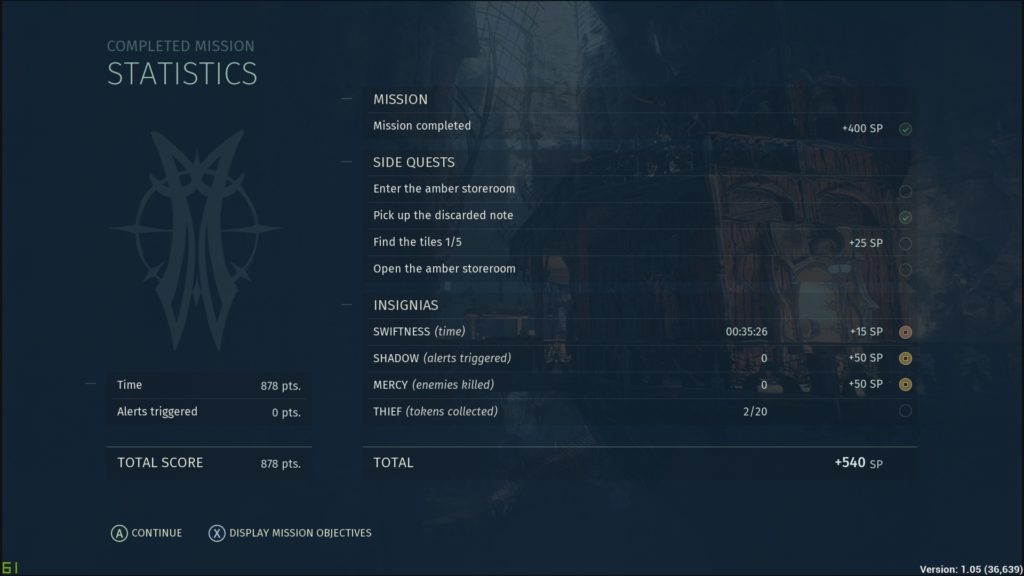 Because as a pure stealth elitist, it’s pretty much impossible to never be spotted, beat a level in less than 15 minutes, and collect all the shards while completing a level’s normal objectives. Especially since the levels are so large and filled with content, all of which is great. I just would prefer to feel like I’m being rewarded for never using abilities that simply cheat the game mechanics and never be spotted because I took my time to not kill anyone. 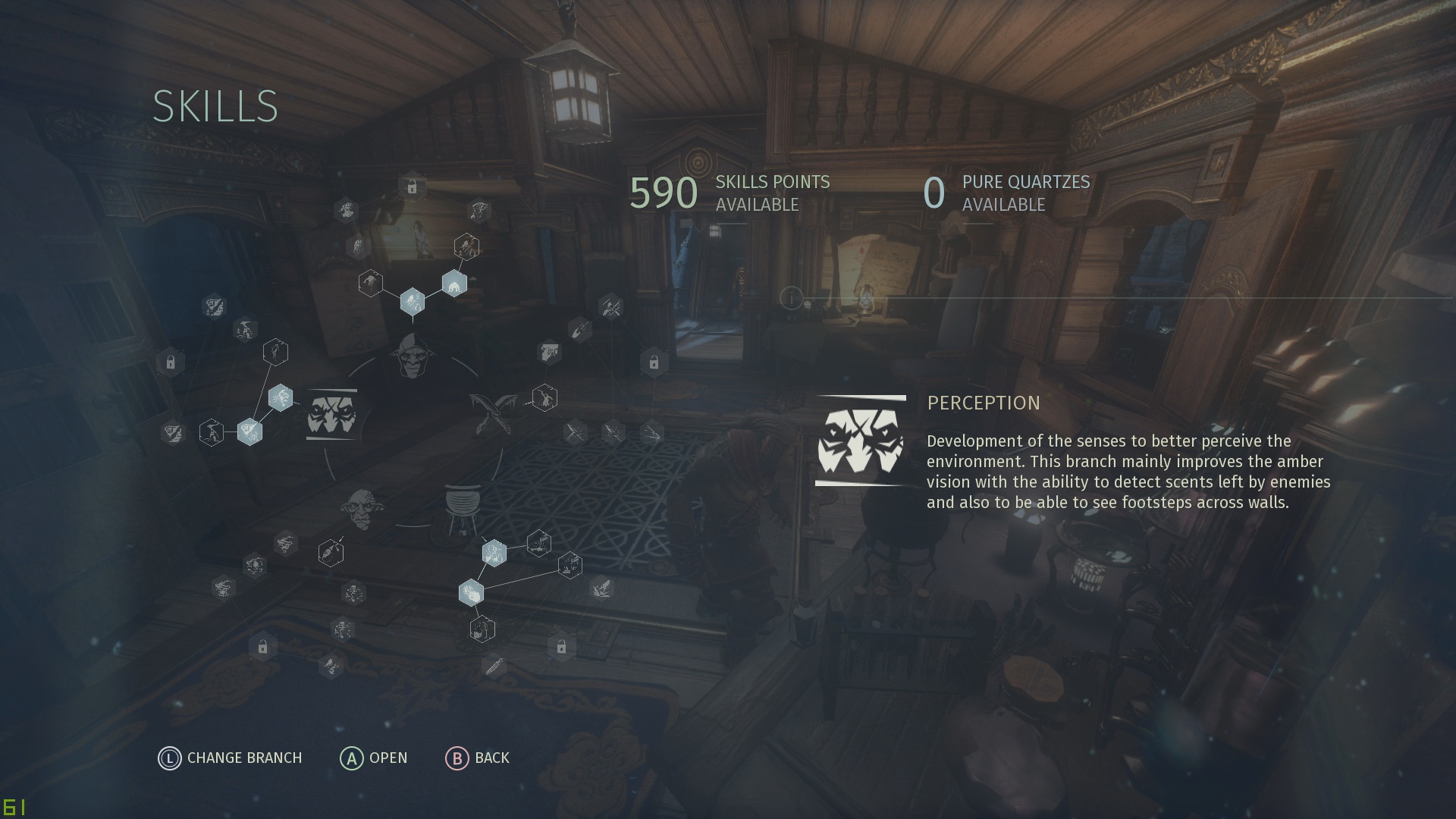 Like the first game though, I find the abilities available to you in the game work more to avoid the stealth mechanics, rather than enhance them. While the clone system is back and still just as fun as it was in the past, I’ve never been a fan of invisibility in Stealth games because it means you don't have to sneak 100% of the time. Of course this mainly applies to weirdos like me who try to use as little items as possible, never kill anyone, and never get spotted in a mission. So people who prefer the more panther style of sneak and kill gameplay, all these abilities and upgrades to them help do that really well.

Well here we have yet another area that I unfortunately can’t quite praise. While the character of Styx himself is just as fun and crude as he was in the first game, there’s no surprise for you in the narrative like the the first game had at the halfway mark. Instead the narrative seems to change directions nearly every other level, never letting an actual plot develop for Styx and his surprisingly bland side characters to move through. 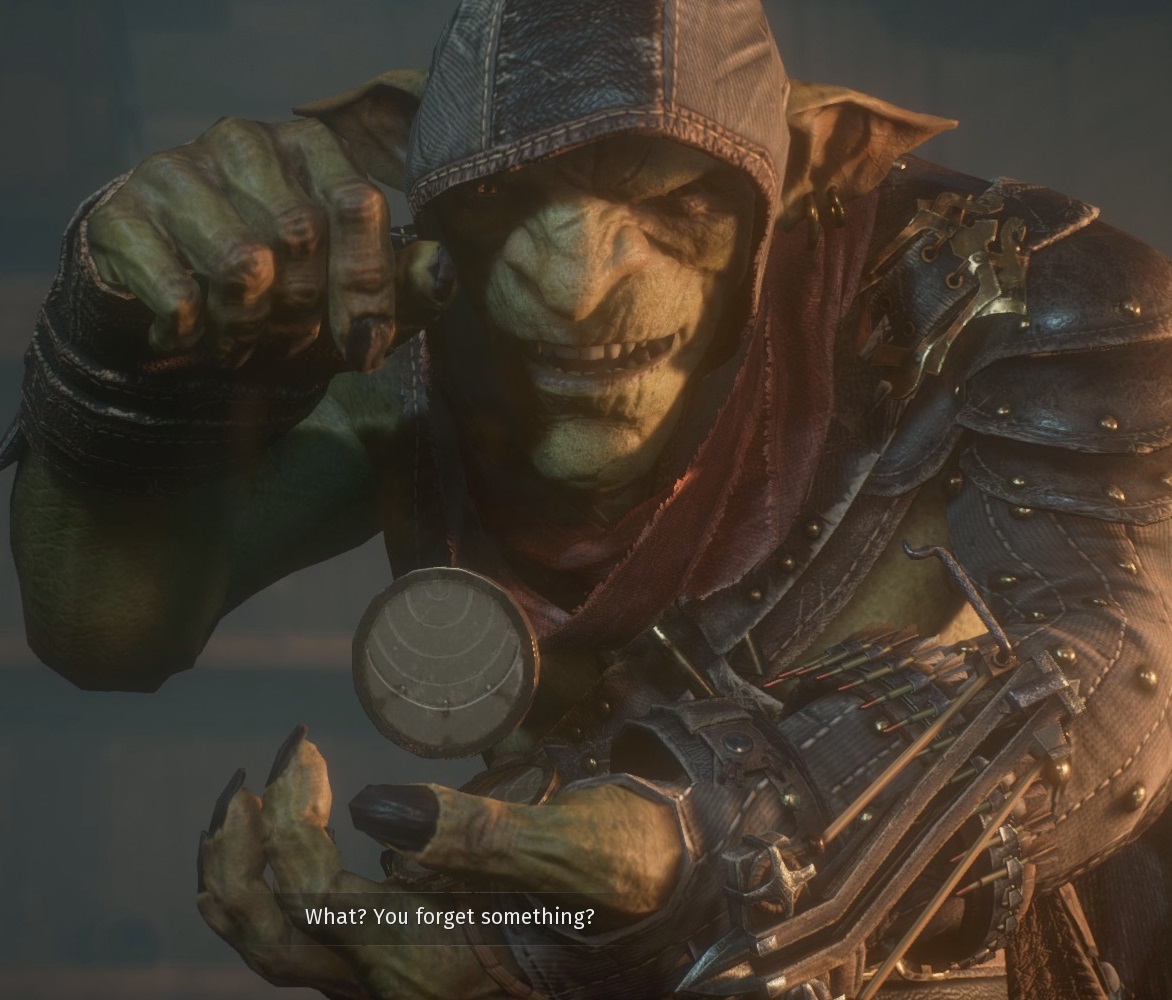 This game is definitely a stealth GAME, nothing more, nothing less. And I honestly don’t see that as the worst thing ever. I prefer to have a really well crafted harcore stealth experience that takes its level design seriously than a game that forgoes those things and spends most effort on its cutscenes. **Cough** Metal Gear** Cough*** 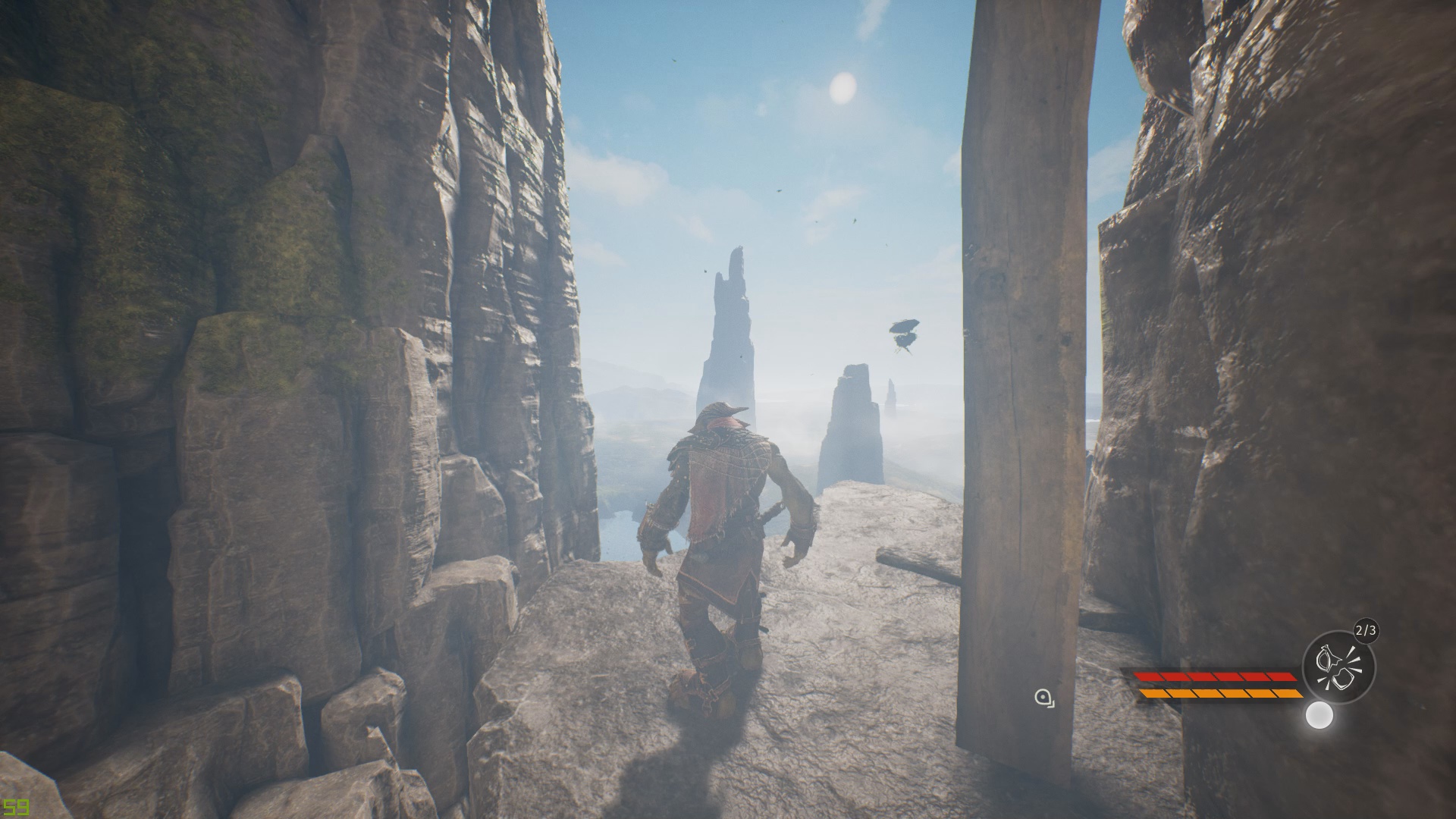 This game is really great, as long as you’re aware of what it is. I could see someone picking this up on a whim and just absolutely hating it because of its difficulty, lack of direction, no real narrative hook, or the humour doesn’t jive with them. But if you’re like me and have a real soft spot for stealth games that don’t hold your hand, have levels you can easily get lost in, and unforgiving stealth mechanics, you’re in for a blast. It’s not without its faults, but if you’re a fan of classic games like the original Thief or Hitman, then get your goblin face on and enjoy being a little asshole named Styx. 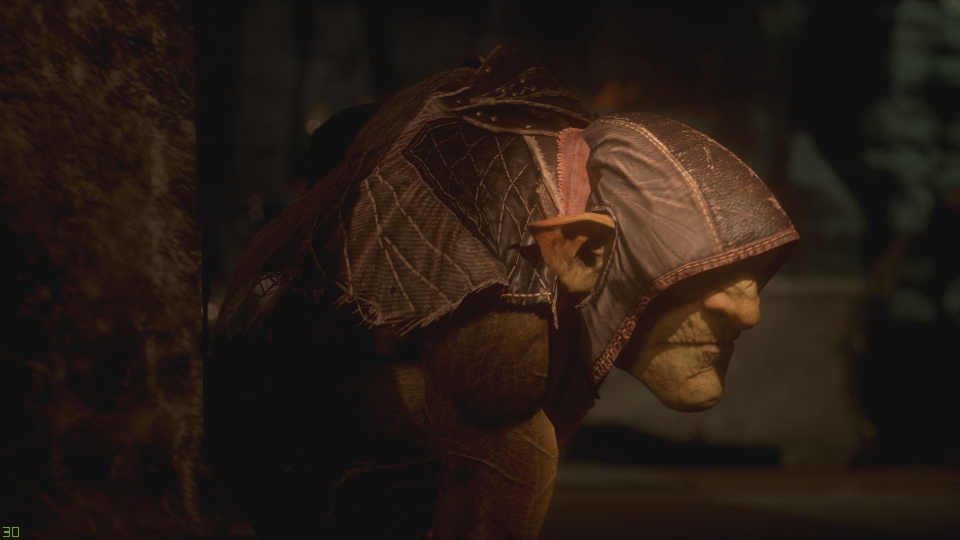