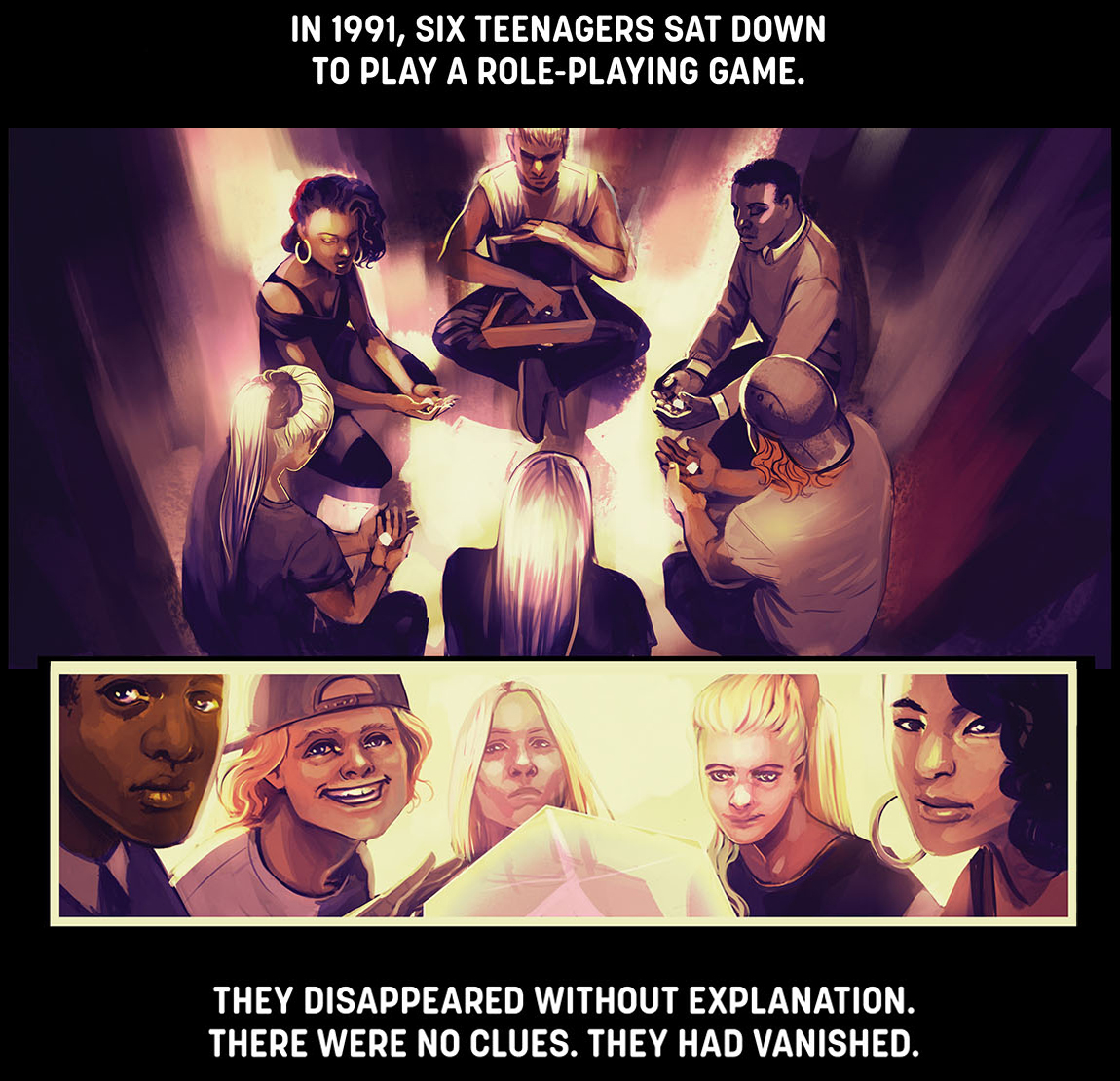 In case you missed it, DIE is a comic series about a group of friends who gather around to play some D&D together. Only this time they are playing a new game, one that turns all the players into their created role playing characters, and traps them (along with their DM) in it’s world.

Think Jumanji, but with D&D. And yeah the comic is as awesome as it sounds. It takes that premise to some very unexpected and highly emotional places. I’ll try not to spoil anything important within in that comic (that you should absolutely read) while talking about its adaptation to the highly saturated real world we find ourselves in of Role Playing Games.

What makes DIE (the game, which I shall by default reference henceforth) special are very specific details that set it apart from games such as Pathfinder, D&D, or Shadowrun.

The first obvious difference players will notice once they begin to read the rules of DIE is that the length of the “campaigns” are at the moment designed to be much shorter than a typical months or years long story most of us are familiar with. Instead the rules are geared toward helping the players craft a 2 to 4 session adventure, one with a hell of a hook. Which I’m sure many gamers and storytellers alike will want to participate in more than once, with different settings each time. 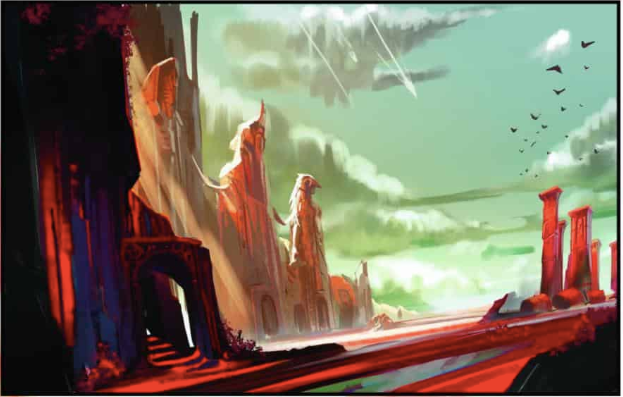 The Hook is that players actually create two characters. One “Mundane” character who lives their normal life in the real world. Referred to as personas throughout the book. And they also create the fantasy character their persona would play as. All players create personas who are long time friends, who have gotten back together to replay an RPG they all used to play in the past. But you could have this reconnecting of these personas be anything. Maybe you want something reminiscent of Stephen King’s IT, where you all come back to your hometown and haven’t seen each other in 10 years. Maybe you’re all ex-cons who played D&D in prison and got back together years later to escape adapting to life without bars. Maybe someone you all know passed recently and are back together to see them off, and figure while you’re here play one last game in their memory.

Any and all of this is doable within the guides of this Beta for DIE. With my favorite example being a group of personas who where all in a band together. The one thing all these ideas have in common is that the personas catch their own case of Jumanji, and become trapped within their old fantasy world. Much like the comic.

In short, you roleplay people playing a roleplaying game. That they can't escape.

Also like the comic, everyone involved only needs One Set of Dice and a few extra D6. The reason, as revealed early in the first comic issue, is each Class uses one of the traditional roleplaying dice. In DIE they are called archetypes, The Second Character you play, and can fill many traditional class roles found in other role playing games. Here’s a couple examples, the first who gets the D4, the second who gets the D10: 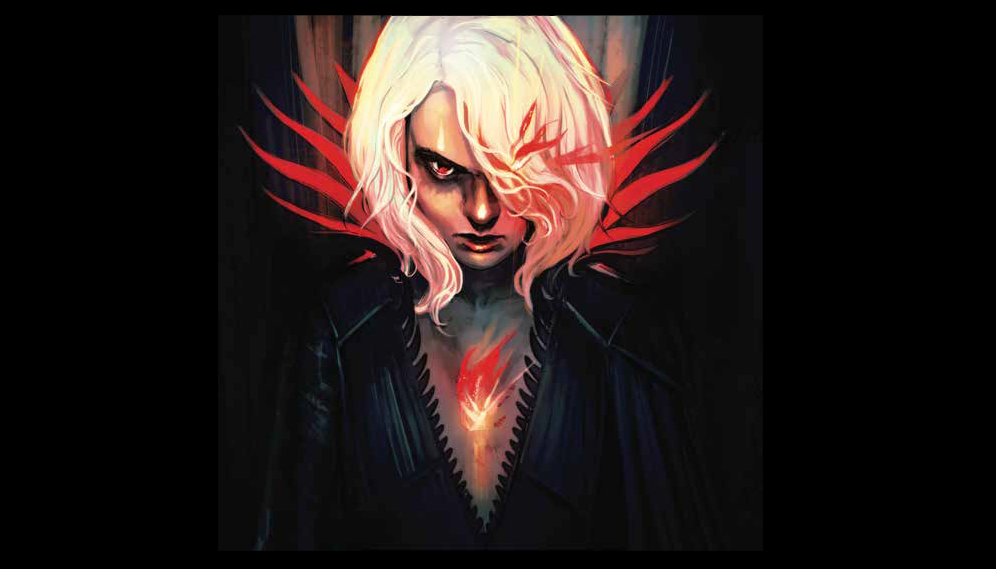 “Neo/D10 = Thieves, rogues, hackers or cybernetic warriors, especially if they like pets.” 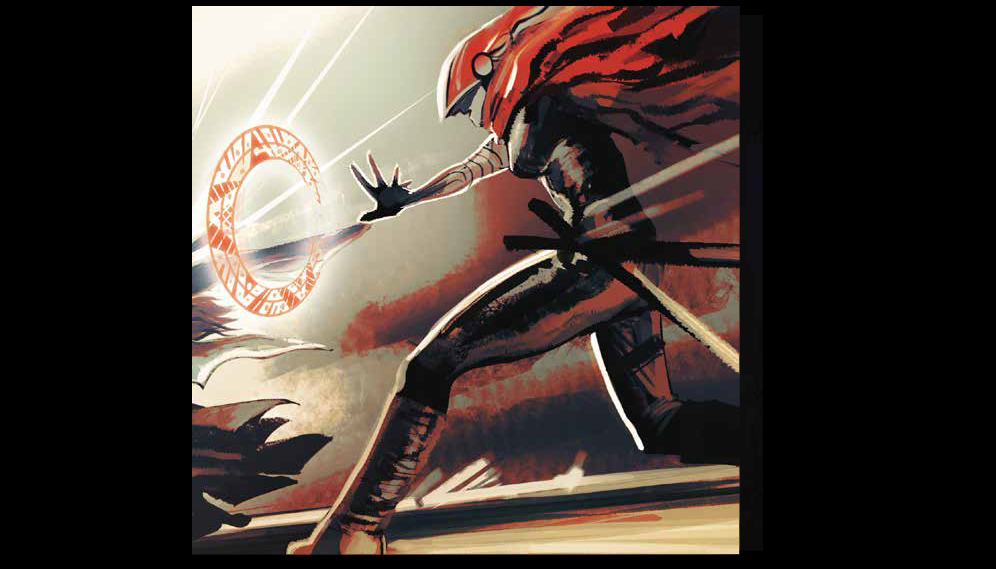 And of course the DM, or GM, gets the D20. If that concept alone doesn't make you want to play this game immediately, I don’t know what’s wrong with you.

As you may have noticed, these archetypes are somewhat vague in nature. But they each get their own unique di and character sheet. And the players do not chose their own Archetypes. Whichever player's persona is the GM will decide which other personas fall into which archetypes. Hence the vague and open way to play each of them.

But it’s the clever spin on some classic storytelling pillars you see in setting of this nature. And the personas each player creates, along with the discussions all parties involved will have about their group, that will naturally assign said Archetypes such as “Fool” or “Emotion Knight” to their respected personas that players create.

The really intense differentiating factor here though in DIE, is derived from the persona’s end goal(s). At a certain point in the adventure, the personas all realize there's only one way to leave and escape DIE. And that’s for every persona, not player, to agree to it. Or choose to stay, and be lost forever in this dark fantasy world. It has to be a unanimous decision and dead characters don’t count.

Through these roleplaying sessions, players will more than likely hit some pretty heavy subject matter as they explore what drives their persona, and maybe even themselves. I quote again the DIE Beta for the best explanation, “In playtests, we’ve had games which have just ended in a glorious RPG-typical brawl. In other playtests, we’ve had players sit down in a circle and basically have a therapy session.”

Kieron Gillen, the writer, is so sure of this being a core aspect of the game, there are even rules to help the players in real life be more comfortable playing it. This is done in the form of X-Cards to be placed in front of each player before a session begins. 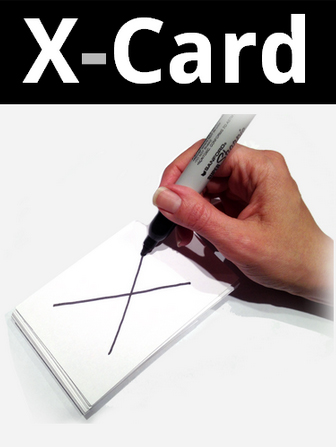 I quote again, “If any player (including the GM) touches it [The X-Card], it means they are uncomfortable with the current topic or subject and we should take a step back and change direction. It does not mean asking questions about what the element is, or naming it, though some people will say (e.g. ‘This is too violent for me.’).”

“The Xcard can be activated for any reason, even minor ones (character names which might connect to a bad memory for one of the players is a good example – the best low-level example I’ve heard is X-carding a persona whose name is identical to that of an ex.). The X-card does not mean someone has fucked up. It means someone is uncomfortable, and we should be polite. ‘The X-card was conceived by John Stavropoulos, and the original documentations is here: http://tinyurl.com/x-card-rpg’”

“In the GM’s advice section there are some more safety suggestions to consider, but I consider the X-card a bare minimum. This is a game that can go to some dark places if the group wishes.”

Now I know that sort of material and confrontation may not be desired by many people, and the typical role playing gamer is surely one of them. But at the same time the gaming community, especially in table top settings has typically been very communal in nature. Most people looking to play tabletop RPGs play with the same group of friends they've known for a while, and would be more comfortable with exploring stories and elements like this with people they trust.

Wrapping Up this preview, I know there are a lot of details I’m leaving out. I’m sure in a typical Pen and Paper Role Playing Game Preview you are used to much more talk about the rules of the system, abilities of the classes, and more of the familiar. And while trust me, that stuff is there, but I think if you’ve read this much then you already know that this isn’t your typical RPG. And it’s why I implore you to read the Beta Rules yourself over at http://diecomic.com/rpg/ and have a gander at the specifics for yourself. A word of warning though, if you care about spoilers in the Comic Series this is based on, I’d recommend skipping Chapter 2, and still head in with caution. OR just go buy the series and then learn! Stephanie Hans’ art is amazing in it and I guarantee you’ve never read a comic like it. 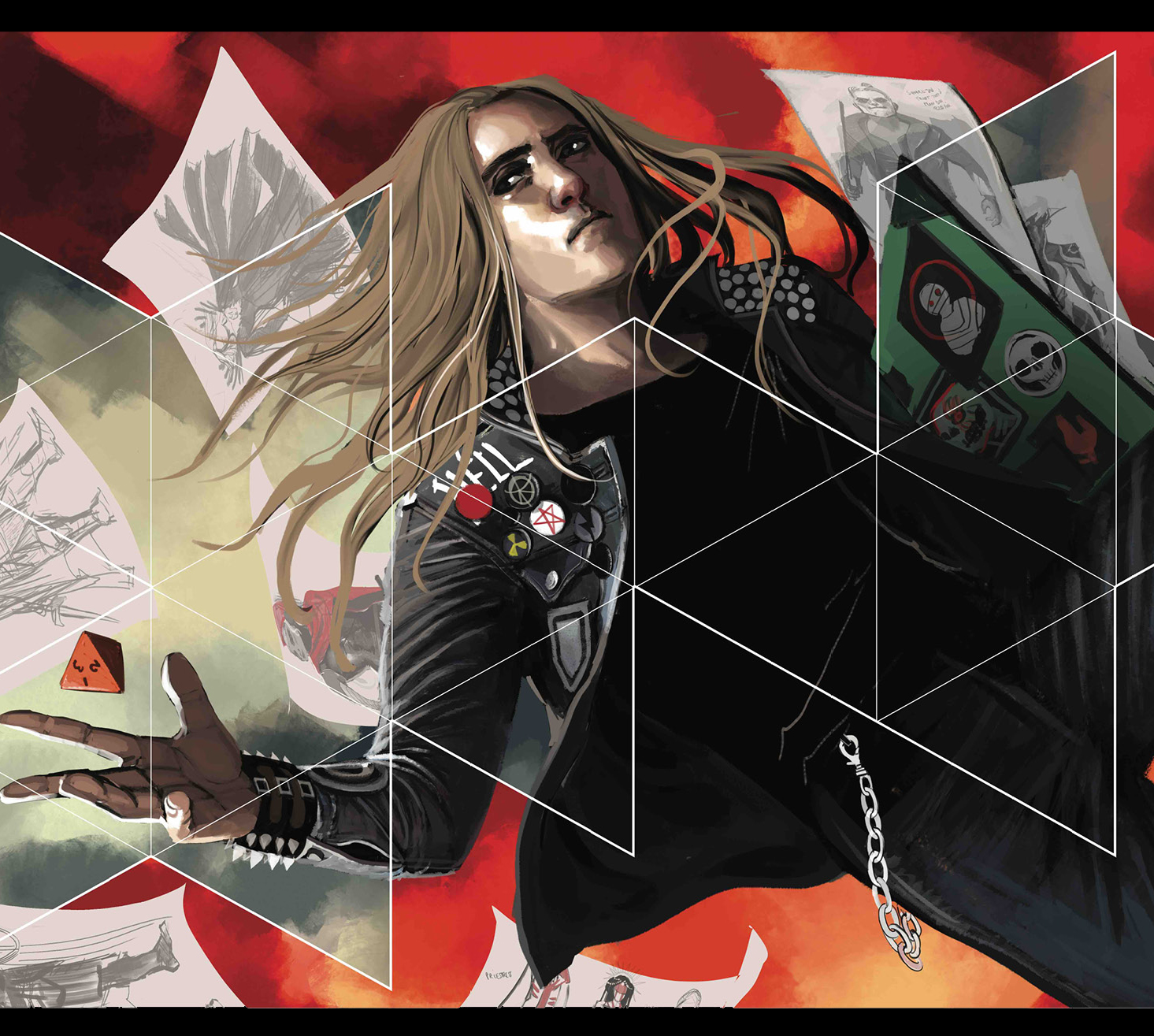 As far as the DIE RPG Open Beta  goes, you can’t go wrong with 139 pages of free gaming material. And the unique experience this system is sure to deliver, is one I can’t wait to see in its final form.