I finished Wolfie II within a day of starting it and I liked it a lot. Unfortunately I couldn't and still can't record it -at all. Not to mention there was no Steam overlay support at release so I couldn't screenshot it -at all; not even print screen worked. The very day after I finished the game a patch rolled out that activated the overlay and it required new GPU drivers... Ugh. Bethesda hates me. Needless to say this isn't going to be so much a review as a recommendation, but I'll touch on a few things and toss in a few screens that I took for good measure. 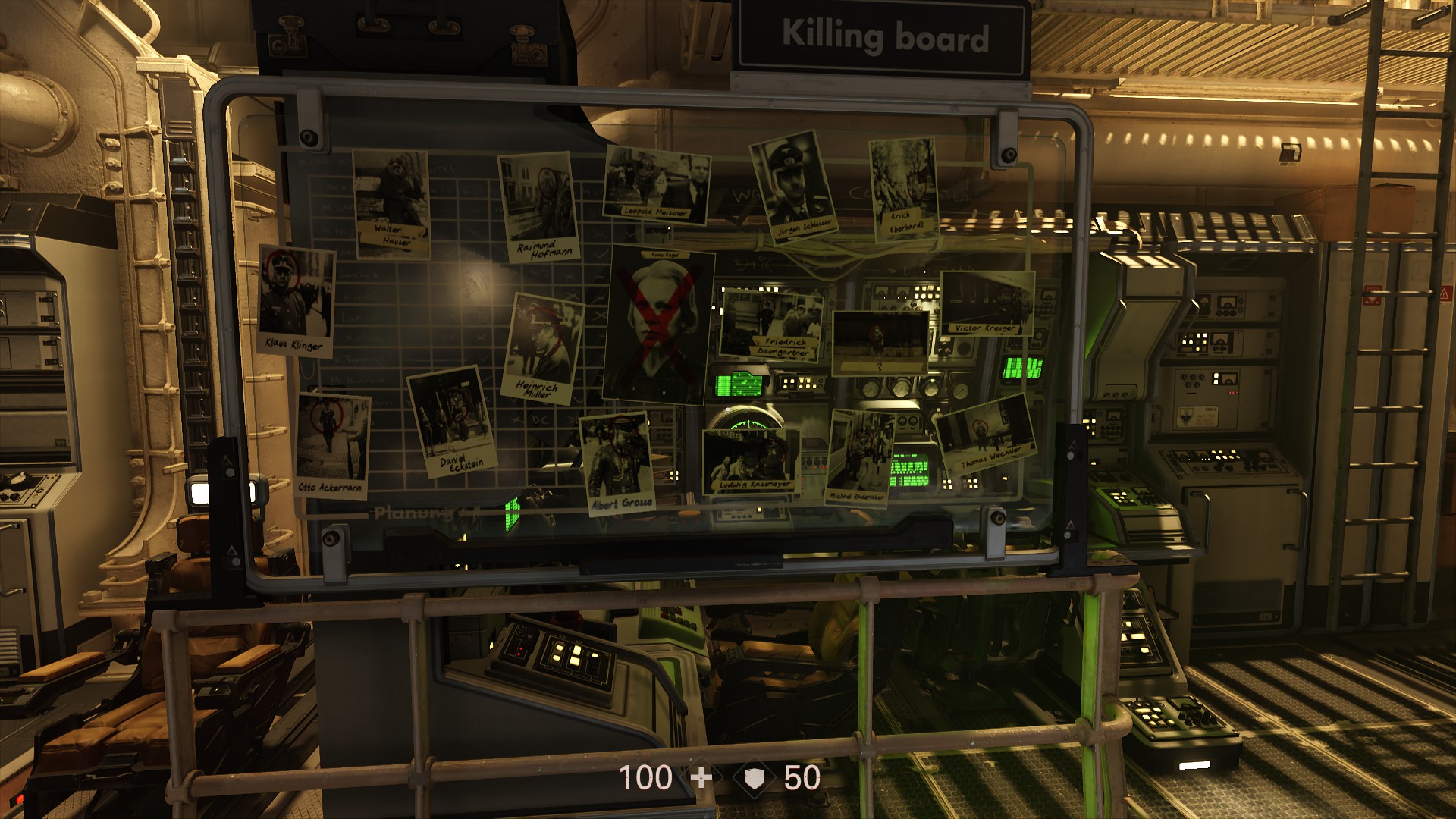 Wolfenstein II picks up right where the last one left off. B.J. gets picked up after barely surviving the nuclear blast from the end of the last game and things get going quickly. Rather than searching for save game files from the previous title and setting you loose with your past choices, you'll instead be allowed to choose a timeline and go from there. I actually really liked that. It reminded me somewhat of how CDPRed dealt with the timeline from the Witcher games. You could just choose your own if you wished.

After a spirited tutorial you'll begin seeing familiar faces and recognize a familiar tone. You'll have a base of operations and you'll start recieveing mission plans and everything will come together just about as you'd expect it to. Before you know it you'll be shooting and hacking up Nazis with gusto.

So Should You Play It?

Well, the answer to that question is of course subjective but I had a good time with it. I'll go through a few points here to maybe give you an idea.

Wolfie II is a big game! Not as ginormous as Doom at it's massive ~70 gigs but it's a good healthy 45 gigs in any case. Now as long as you don't live in a super rural area like I do and have slow internet like I do that probably doesn't matter much. It took me 13 hours to download and about 15 to play through.

It's also pretty clear that most of that gig-age comes from all the cinematics. This is probably my biggest gripe here actually. Missions are pretty satisfying and fun to play but they're super short with the exception of the last one. You get dropped into an area and given instructions then you kill a bunch of Nazi assholes and complete an objective. Then it's back to the hub where you're met with a cinematic, often times a few minutes long. Next is talking to your friends and maybe you do a, "side mission" that entails going into a room somewhere in the hub and then talking to the person that gave you the mission afterwards to complete it. Finally it's time to continue and you know what that means... more cinematics then play a short mission. Rinse-repeat and you have Wolfenstein II. 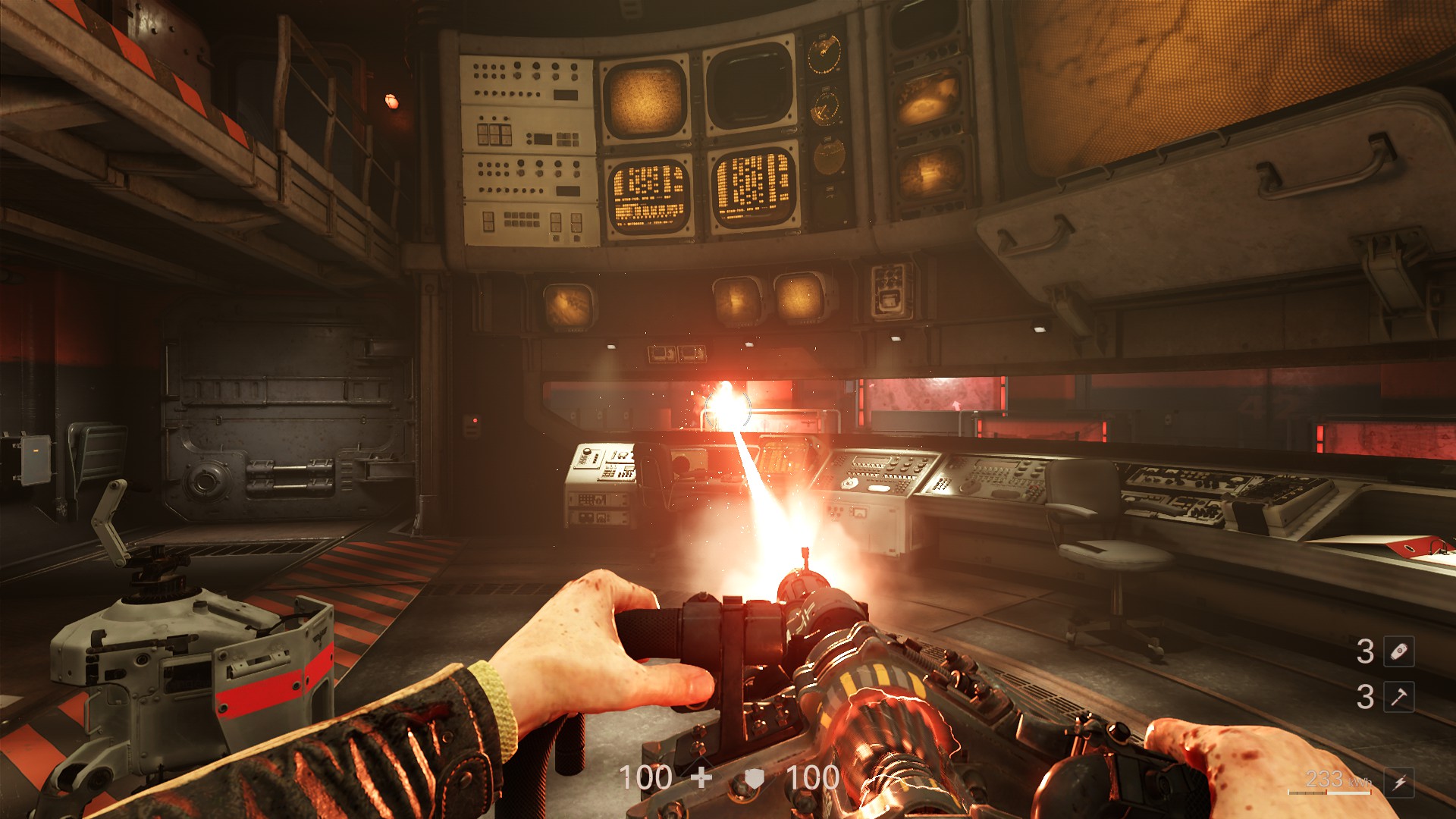 Quite honestly guys, if it wasn't for the game play and level design being so damn good I wouldn't be very happy with this game. Missions are definitely too short and there are at least two big story elements that just get cut away with no explanation. I mean really...? I feel like the middle of the game got just, left out. You go from the tutorial to a few missions to getting your hands on a major piece of tech that could turn the tide of the resistance and suddenly in the time it takes to watch a couple cinematics, to the end of the game. What happened to that whole middle part Bethesda? Like where we actually get to see the fruits of our labors for a little bit? Is that gonna be DLC? Wolfenstein III maybe?

Now aside from the negative that I've pointed out, Wolfie is extremely satisfying to play. It's not quite the super fresh reboot that first one was. Especially after Doom. But it's a really good shooter. Every weapon in B.J.'s arsenal is useful. Stealth works. There are lots of way to get around an area and my goodness those areas are superbly built. Even those all-too-prevalent cinematics are pretty amazing to watch. Great voice acting, lighting and sound direction make everything feel alive. As dark and gritty and violent as Wolfie is, there's still plenty of humor. Which is a great break from the almost constant anger you'll feel from listening to the continuous stream of fascist propoganda being spewed.

Not to mention this game runs amazingly well. Like Doom, Wolfie uses the Vulkan API and for us AMD users it really helps with asynchronous compute. There are tons of preset video options and even on the highest of high settings I was showing 120+ FPS on my old architecture CPU and single GPU. Pretty impressive considering the way it looks. I'm sure it's also pretty highly optimized outside Vulkan because I've heard nothing negative about Nvidia running it.

This is definitely a game as a story kind of situation. Sort of a melding of Doom, Wolfenstein and Fallout. A, "WolfDoomenOut"? "DoomFallenStein"... if you will. The positive is certainly better than the negative and I liked the crap out of it. After completion it's possible to go back to the war room to keep tracking Uberkommanders using the enigma machine and revisiting districts for collectibles etc. So it's got enough padding to keep you in your seat. Just don't expect the scale of level design from the previous game. If you've got a serious hankering to just massacre Nazis and just can't wait for the price to drop, by all means grab it. I'm sure you'll like it. But I think if you can wait for a sale that sees around 20% off, it'll be more along the right value for your money. 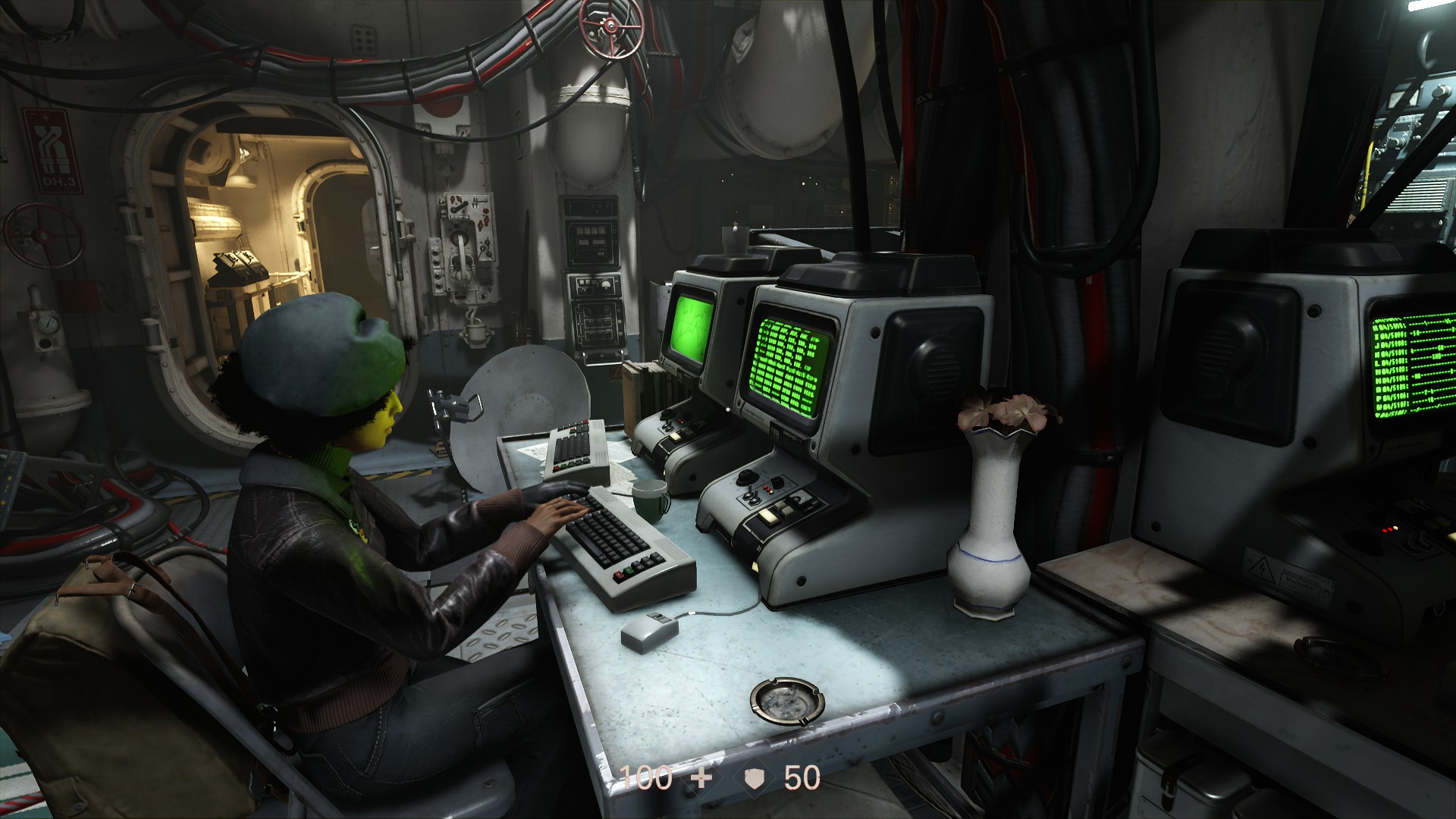 System Requirements for Wolfenstein II are as follows