I'll admit up front that I used to be a bit of a Blizzard fan boy. All the way back with The Lost Vikings, Warcraft, Warcraft 2, Starcraft and so on this is a game company that constantly kept me and my friends entertained. At the very tail end of 1996, then Blizzard North, introduced Diablo, and it very quickly became an obsession. Diablo was a game changer, a true original. The first of it's kind hack-n-slash dungeon crawler that 'spawned' (see what I did there?), an entire genre.

Diablo was beautiful. This Isometric kind of D&D style game play was familiar but, used considerably less book keeping than any D&D game. There was a transparent map that could be toggled over the entire screen to keep track of your progress. Lots and lots of 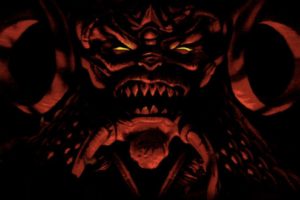 weapons and armors for the three classes to use. A simple leveling system where you could distribute your own points. Randomly generated levels that actually worked in a randomized fashion. Lots of quests. A pretty damned good story arc and arguably one of the best sound tracks of any video game ever. All set in a world as dark and grim as Dark Souls with an even more punishing death penalty. Remember that when you died in Diablo, and you did... a lot probably, you dropped all your gold and all the gear you were wearing right there on the floor. If you were playing a multi-player session and couldn't get back to recover your corpse, that stuff was gone. For good. Unless you were a cheater and made duplicate items to avoid that penalty. Basically everyone did that.

Since then there have been countless Diablo clones trying to recreate and improve on the design, some more successful than others, Dungeon Siege, Van Helsing, Titan Quest, Path of Exile, Grim Dawn -Seemingly ad infinitum. Blizz created the still popular sequel in Diablo 2 and it's expansion with some huge patches and constant balancing and support etc. These were good times, except act 3. I played tons of Diablo 2, then one day I logged in and blam everything was gone. Some kind of huge loss of data happened on Blizzard's end and I never got to recover my characters. It was a dark day indeed. I wasn't the only one. I also never went back. 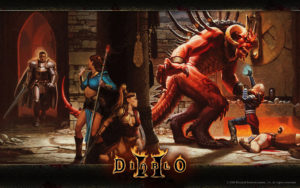 Then came World of Warcraft and I got lost in that whole thing for a few years, but that's not the point. The fact is that WoW changed Blizzard's focus. Blizzard North split off and became Runic Games which is now sadly gone, but before they left they created the Torchlight series and Hob. I recommend those games, in fact. I'm getting a bit tangential here -WoW more or less killed Diablo. Blizzard had passed that sweet spot as a company where they could do what they want and sell a product and then continue doing what they want. Instead they became such a huge entity that pleasing investors and keeping that bottom line at the right level was more important than making something people would truly enjoy. A point where shoving products down people's throats and making them cough up money during the heimlich was the objective. Diablo took a back seat as a non-earner and projects got pushed back and or cancelled as their cash cow kept raking in millions and millions of dollars a month.

Diablo 3 finally came around after many delays and I do remember being pretty excited. This was all before I really looked in to and understood the whole corporate largess that Blizzard had become. Some of the WoW team was in developmet and that included some of the WoW systems. Not the least to speak of was the auction house. The real money version of which was the single worst feature of Diablo 3. It created false rarity and forced people to spend cash in a store that paid the machine even more money for a game we already paid for. Disgusting, yet commonplace now in one form or another. This whole debacle was eventually fixed. The real money auction house was removed and drop rates were rebalanced but, it was way after I started seeing the skeezy shit that was happening there and quit playing the game. And again, I never went back. Though according to lots of folks out there Diablo 3 is now a pretty endlessly playable game with a good feel again.

I do have a phone, we're not even going to talk about Diablo Immortal. I didn't even look at it. And as I understand it's not yet released anyway.

Now comes this brand new announcement from Blizzcon about Diablo 4. Putting all this 'Blizzard's fake apology' stuff aside (it's just not relevant here) and just looking at the game itself, it seems like it's going to be really cool. I find myself once again building my own hype for a new Diablo in the original world the title was built on. The cinematics look to be pretty awesome -Blizzard has always made good cinematics. The idea that Lilith seems to be the new head honcho, Mother of Sins perhaps in this context, is really cool to me. There's a new loot tier that seems like it could be the single item that defines a character build. I like that. Rune words are back from Diablo 2. Bosses seem like they're going to be a challenge again and the aesthetic looks great so far.

I read an article yesterday talking about some NPC interactions that helped make sessions feel more unique. People rushing to your character, frantically asking for help out of the blue to fight off demons before they're gruesomely killed while trying to escape. Events taking place spawning world bosses that would rampage across the landscape if left unchecked, taking many players to defeat. It all sounds super cool to me... 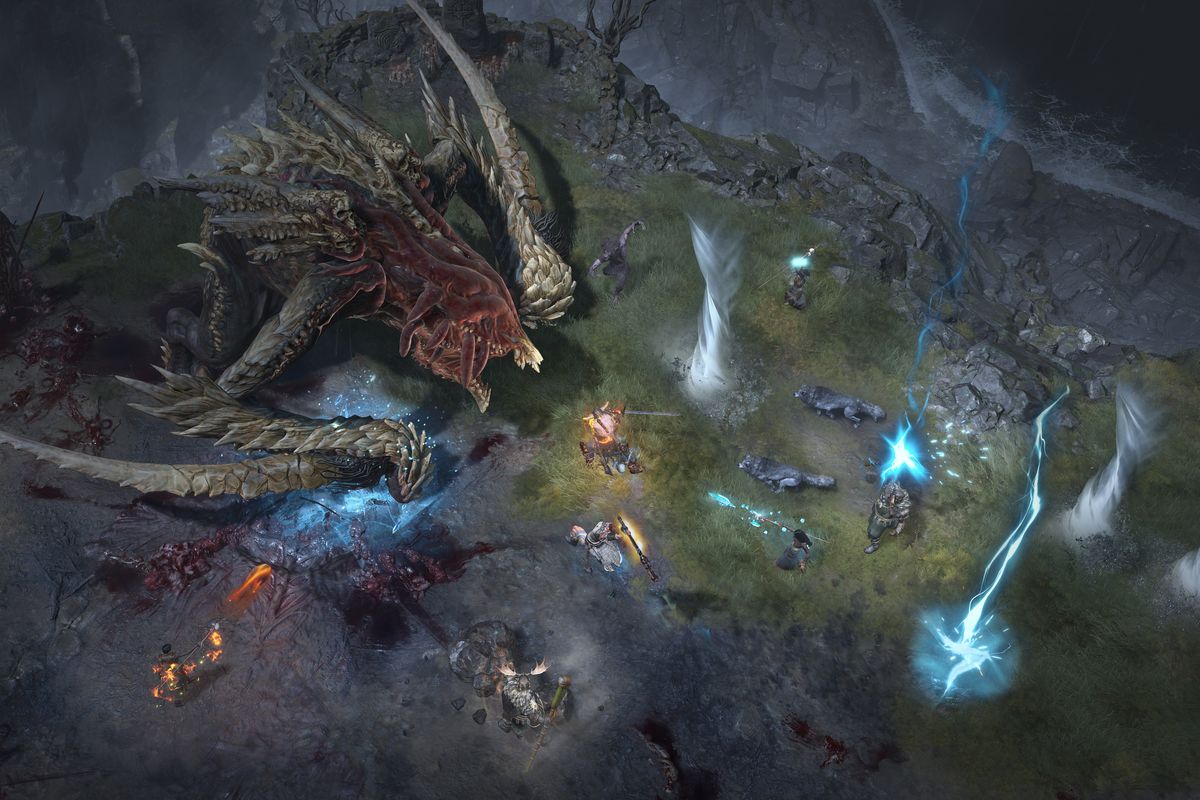 But lets take a step back for a second and look a little deeper at the info that's presented to us. Blizzard has already stated that Diablo 4 is still years away from being ready. That by itself is enough reason to cause doubt. After all, who knows what could happen. This is a project that could be cancelled any time by some executive for some unknown reason. Probably not, but we don't really know. These interesting scripted NPC's that come running to ask for help could be taken out of the final product. We all recall that epic battle with the Siege Demon from Diablo 3. That was a scripted event too. You remember right? It was a promo video where a whole party is wiped out and the demon is tearing characters in half. The one that never made it into the game because it was 'too hard to code'. The Siege Demon was actually a pretty disappointing boss once encountered. That could happen for Diablo 4 as well. The big boss encounter world events could easily be nerfed into a mere annoyance or removed completely. Rune words are said to stack and provide tons of bonuses at once if they're put together properly. I'm going to predict right now that those will certainly be nerfed because Blizzard has this tendency to make you play games the way they want you to play them rather than what might be working for you. The, not working/working as intended, excuse is a constant. Not to mention the question of whether microtransactions will make it in and how they may or may not affect game play. Then there's the question of how many pieces Diablo 4 could be chopped up into and sold as DLC. Looking at you Starcraft 2, one game sold as three games.

Look, I'm not saying you shouldn't be interested or even excited for Diablo 4. I'm certainly interested. I want to play it. I want it to be good and I want it to last a long time. I'm just saying that for now we only know a very small amount about it. What we've seen thus far looks good, new loot, new quests, some good old systems returning etc. But given Blizzard's track record within the last decade I'm saying that things are very likely to change drastically before release. Some for the better, some for the worse, some we may never be privy to. Hell, Diablo 3 was completely rebuilt in a new engine before it came out. I think we fans of the series should all just slow the hype train and temper our expectations for what Diablo 4 is going to be in the end.