March is typically a time of the year when new game releases are pretty sporadic. As such, it can sometimes be difficult for gamers to figure out what they should be playing. If that happens to be the case for you, I have a helpful suggestion. Why not play games that pay tribute to the god for which the month was named?

The word March is a derivative of Martius, which was what the Romans called it. The month was named for Mars, the Roman god of war. For a good part of Rome's early history, March was observed as the first month of the calendar. Along with the start of spring and the agricultural season, March also marked a return to warfare (the Romans traditionally ended most of their military activity in October). Many festivals were held in the month of March to celebrate the god whom they viewed both as a symbol of their military might, as well as a father to the Roman people.

In keeping with the original spirit of the month, it seems only appropriate to play games that are related to Mars and to warfare in general. Here is a list of 9 great games to play when it's March. 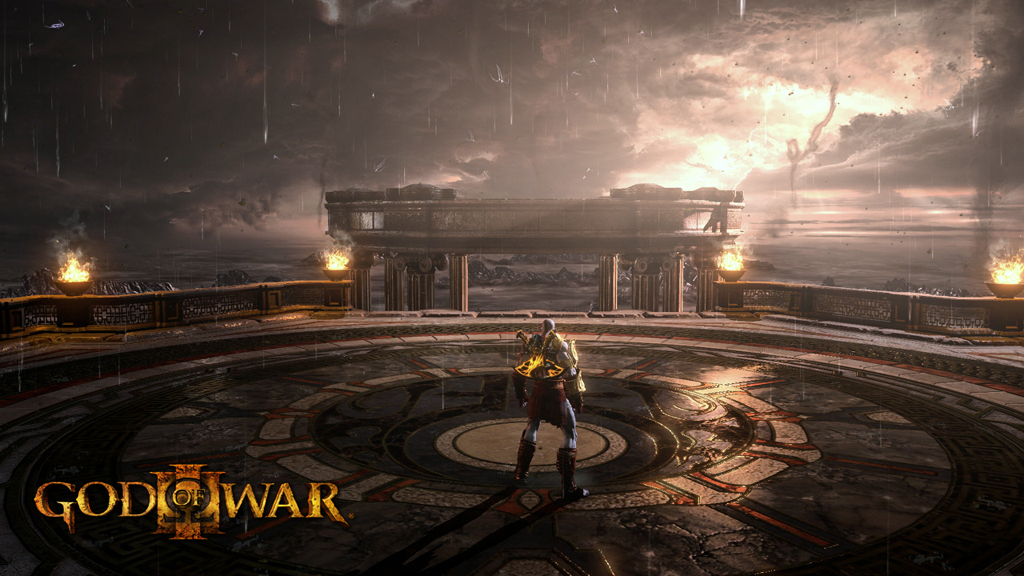 This one's a no-brainer. What better series to pay tribute to the well-known Roman god of war, than the one actually titled God of War? Just try not to mind the fact that the main character actually kills the god of war (Ares, whom Mars is the Roman equivalent to) and takes his place. As far as the series goes, God of War III is as good an entry as any of them and it also happens to be available on PlayStation 3 and PlayStation 4. All of them are pretty great, however. If you're looking for some really excellent action games that feature lots of violent god murdering, accept no substitutes. 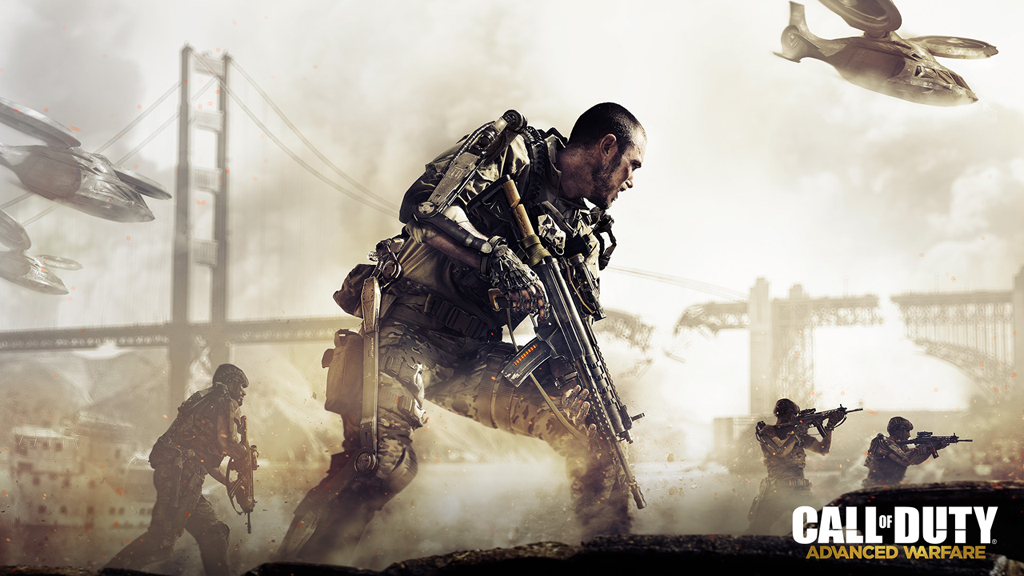 Call of Duty may not have invented the military first-person shooter, but it sure as hell invaded and took control of the genre by force. And with yearly installments going back all the way to it's inception in 2003, the series has built up a veritable army of titles with which to defend its position. While those same yearly releases may take a lot of flak for overkill and/or being derivative, it's worth noting that there's never been an objectively bad or poorly made entry to date. There's a reason that the series has been top dog for so long: the games are quality. Occasionally uninspired, perhaps, but quality, never-the-less. Advanced Warfare may not be especially unique, but it's definitely a blast to play. Plus, it has the word "warfare" right there in the title! 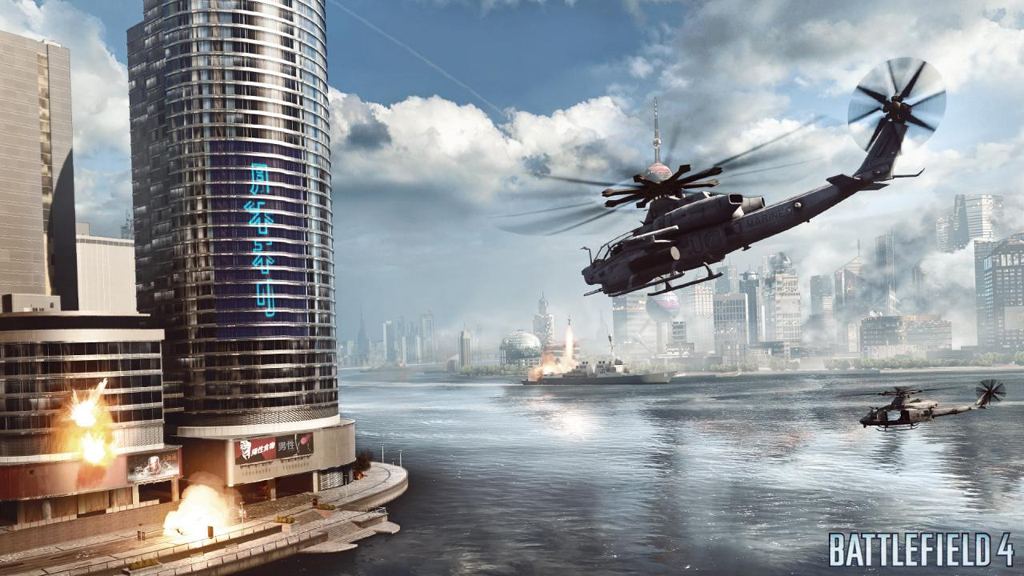 If there is one major enemy threat to the Call of Duty franchise, it's Battlefield. The Battlefield series is kind of like the bigger, shinier (if slightly less polished) step-sibling to Call of Duty. But while Battlefield's releases aren't nearly as frequent, they are just as unnecessary. That being said, the games are still fun to play and they are always good for at least several hours worth of entertainment value. So far, Battlefield 4 is the only main entry in the series to come to the newest generation of consoles. That also makes it the best looking entry to date. 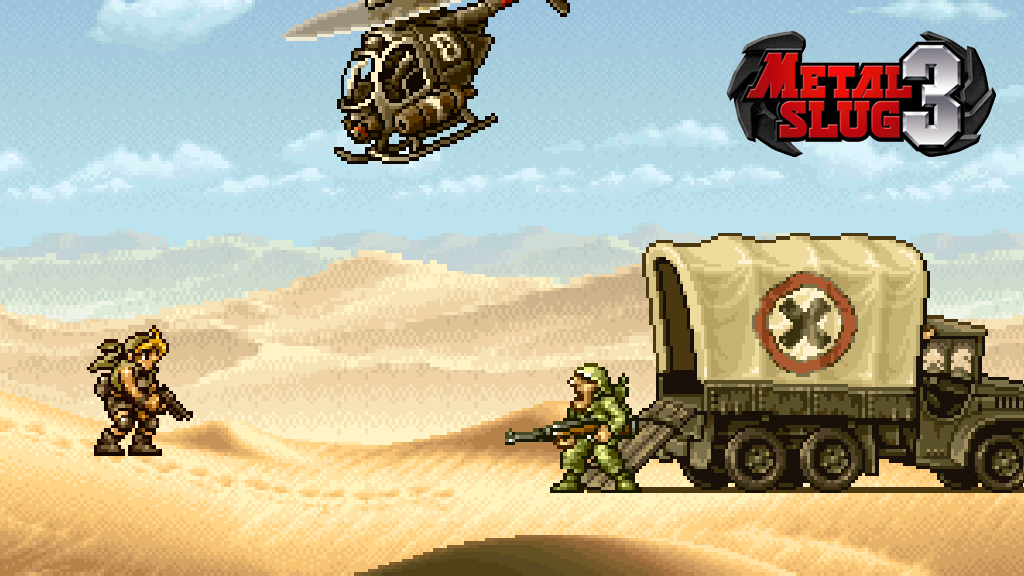 If I could find a way to justify it, I would probably try to add a Metal Slug title to every good gaming list I was able. This classic military-themed run and gun Arcade series pretty much has it all, action, humor, co-op, great gameplay, punishing difficulty, not to mention aesthetically pleasing retro visuals. ​Luckily, the combat-heavy series fits this list like a military-issued glove. As with God of War, the 3rd Metal Slug entry is as good a place to start as any, and it also happens to be available on consoles both old and new. (Also, Steam!) 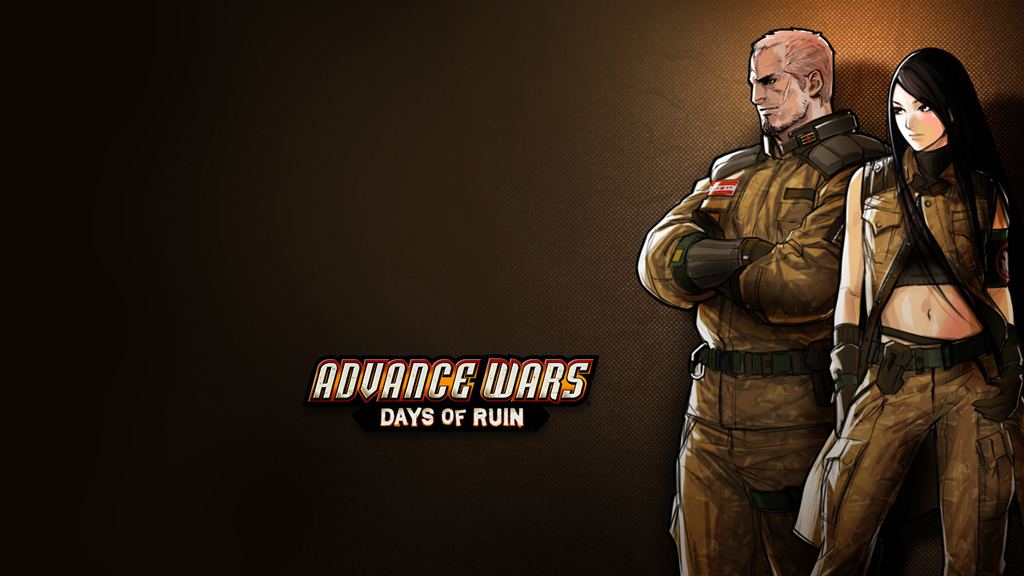 No respectable list of great war game classics would be complete without Advance Wars. Although the first entry to arrive in the West wasn't until the Game Boy Advance, Japan has been fortunate enough to have the fantastic turn-based strategy series since the NES era. Days of Ruin was the last entry to be released and it came out for the Nintendo DS back in 2008. There isn't any news of an upcoming 3DS release as of yet, but one can only hope Intelligent Systems has something in the works. Especially considering the fact that they have already released multiple Fire Emblem games for the system. 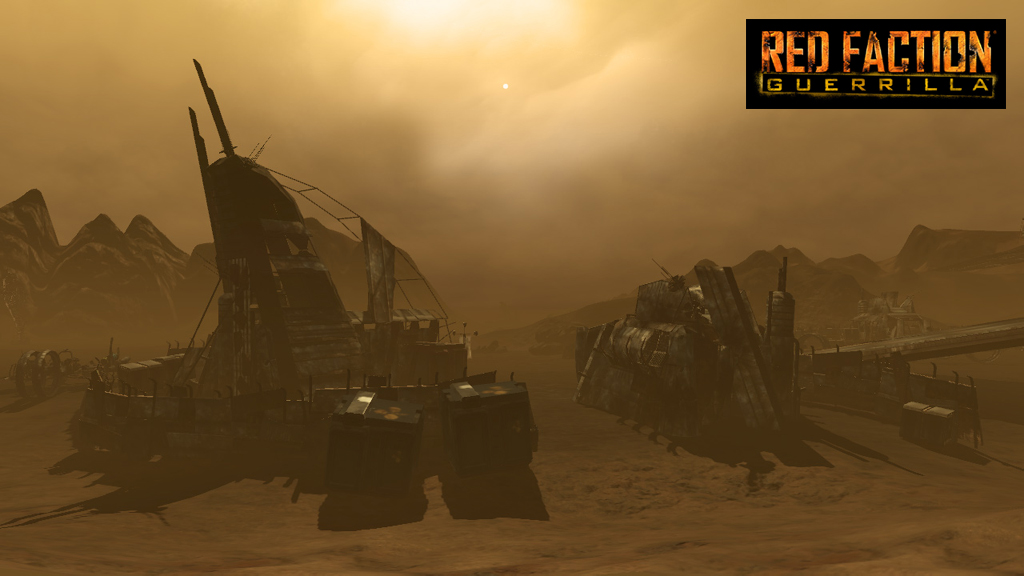 Red Faction: Guerrilla is doubly appropriate for honoring Mars. Not only is the game about a bloody conflict between two opposing factions, but the game is also set on the very planet that bears his name. While the Red Faction series does have other entries, including the more recent release, Armageddon, none of them come close to being as great a game as Guerilla was.

​One of my all-time favorite multiplayer moments has to be playing deathmatch with my brother, hiding behind a structure, just waiting for him to walk towards it, popping out at the last second (Jason Voorhees style), and insta-killing him with one swing of my sledgehammer. So classic. Mars would surely be proud.

Valkyria Chronicles was a brilliantly-made tactical RPG from Sega. They released it for the PlayStation 3 back in 2008 and later ported it over to Steam in 2014. The game is set in a time and place that is loosely based on wartime 1930's Europe. The story focuses on a principality that is under attack from an invading empire and the struggle a band of soldiers face as they attempt to repel the invaders. One of the more notable characteristics of the game are the unique watercolor-style graphics that resemble a painting in motion. 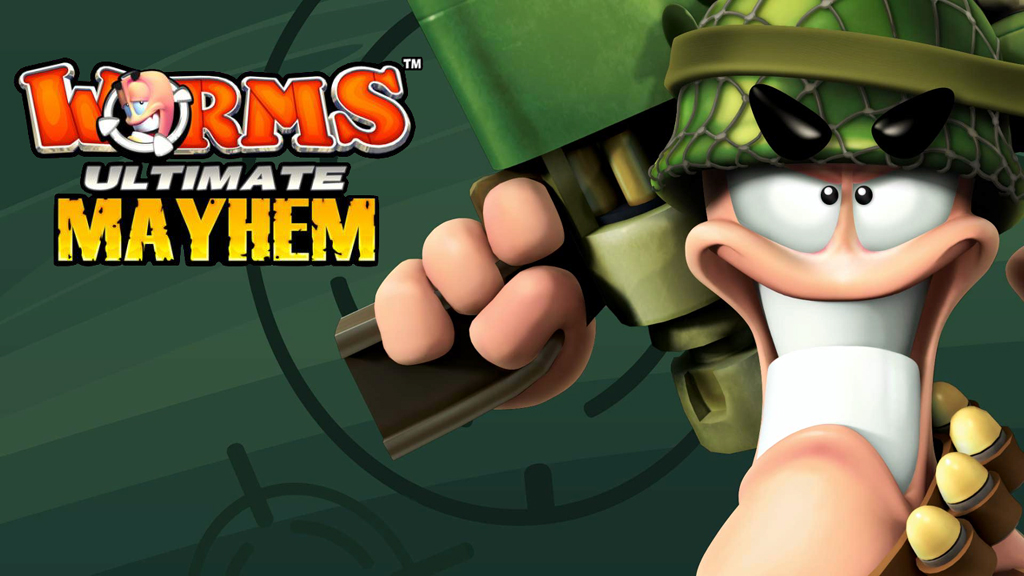 The worms of the franchise that carries their name have been blowing each other up in unrelenting warfare for over 20 years now. Utilizing arsenals of highly effective weaponry (both conventional, and decidedly unconventional), two or more rival platoons take turns battling it out for ultimate supremacy. While the vast majority of Worms game are side-view, two-dimensional affairs, Worms 3D and its sequel, Worms 4: Mayhem, brought new life to the series with slightly more challenging, fully three-dimensional gameplay. Ultimate Mayhem is a righteously repackaged remaster of both games. Enjoy it on your own or bring it out at parties and let the hilarious, chaotic carnage commence. 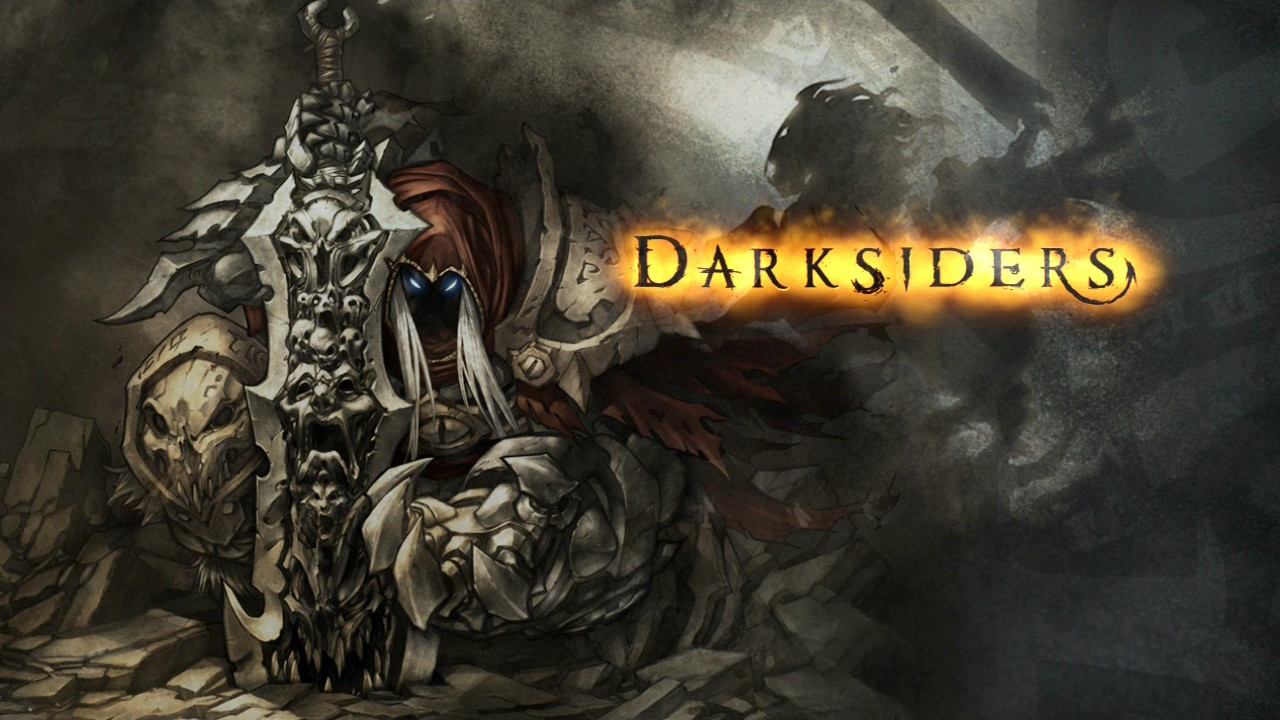 Although he isn't a god, the apocalyptic horseman War is still more than worthy of a spot here. In Darksiders, he is tasked with redeeming himself after he is set up for prematurely bringing about armageddon. With the assistance of his fiery horse Ruin, War must do battle with angels and demons alike in order to prove his innocence and expose the true culprit. Darksiders was pretty well-received thanks to its exceptional gameplay (which feels a bit like a mix between SoulCalibur and The Legend of Zelda). The game also features fantastic visuals created by the talented comic book artist, Joe Madureira.

So, those are my top suggestions for the last few remaining days of this month. I think Mars would probably be pleased with those selections. But what about you? Are there any that you would like to offer up? Let us know in the comments.