END_OF_DOCUMENT_TOKEN_TO_BE_REPLACED

Good Lord. It's the weekend already? That's pretty cool. And you know what that means! It's a Cody WRUP!

Yup. Definitely time for relaxing with Music, Games, Gambling, Blood Combat, and whatever it is you do for fun! Here we really like Video games.

What Are People Playing?

Greywolfe: well, here we are again.  i'm trying the next spyro game [spyro 2].  i'm about 25% of the way in [according to the in-game statistics] and so far, it's mostly pretty ok.  the speedways can die in a fire, though.  [they're crazy, timed, flying/fast reflex-required sections.]  as for the rest:  trundling through all the ways off of kyrandia in kyrandia 3, building silly decks because of trick opponents in etherlords 2, grinding up my lockpicking in quest for glory 4 and thinking about whatever game should replace inside [now that it's done for youtube.] - and lest we forget:  titan quest streams tonight and tomorrow night.  i'm in act two.  last week was some amount of hilarious on-screen failure, so i hope i can redeem myself, this week.

AJ:  I just picked up the (new) Legend of Zelda: Link’s Awakening, so I imagine my son and I (and perhaps, my daughter too) will be playing that a good bit. Also, probably some Road Rash, either on my Mega Sg or PlayStation 3.

Scroo: Going to be a busy one for me. It's family reunion time so I'll be BBQ'ing the whole weekend. I've had meat marinating since Tuesday and I'm looking forward to cooking it. Tri-tip, ball-tip, chicken, hamburgers and hot dogs. About 30 lbs of beef and 15 lbs of chicken. Not counting the burgers and dogs. All cooked on a trailer BBQ with two adjustable racks (a normal flat rack and a Brazilian grill), a smoker and three gas burners for beans or corn or whatever we choose. Plus I'll have 5 ice chests full of beer and water. There will be Horseshoes and Cornhole and kids with water guns and it should be a good semi-redneck time out here. Sunday morning I'll re-fire the grill and make breakfast and coffee and folks will pack up and take off.

Tru: This is my WRUP: 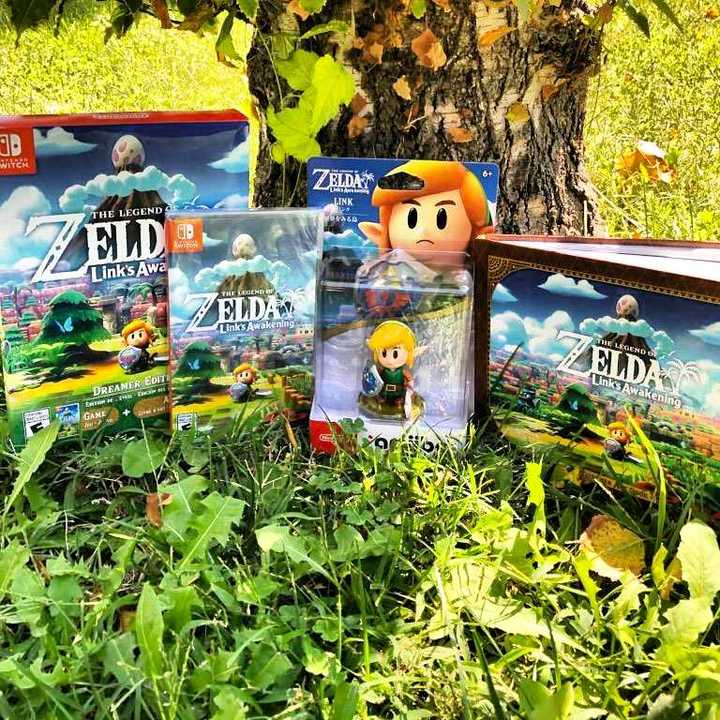 Yoda: I mean. Bro. It's gnna be some more Warframe. One of the Warframes I've wanted since day one is going to be done building on Saturday and I can't wait to try her out. Also just got the last part to another one that looks cool on Friday morning. So I'll definately be farming for the rest of the components required to start building him.And I did re-download Space Marine so maybe if I need a Space Ninja break (HA!) I'll head down nostalgia lane. Also not a game, but Ad Astra comes out this weekend and I'm for sure gnna watch that and stuff.

Hey wait a minute, this isn't the Warframe trade chat!

Dr S must have tricked me into doing the WRUP again!

Well then you get weird music!

END_OF_DOCUMENT_TOKEN_TO_BE_REPLACED

Soooooooooooo Late on the WRUP. Our bad, we bad at this gaming website thing. Also life is busy all the time. Anyway here's music and what we're playing tonight and Tomorrow :P

END_OF_DOCUMENT_TOKEN_TO_BE_REPLACED

Well it's the weekend. And video games are somethings people play. And this is a video game website! So what are all the twinstiqers (Twinnies? Twinstqies?) playing this weekend?

Who knows, so here's a super catchy song and a few blurbs from people who blurb about games and stuff.

Greywolfe: by the time you read this, i should be done grinding all 507 levels of rogue legacy. next job: either grind up some coin to buy some better armor and good runes [one of the ways that game has to give you extra passive powers in the game] or just go tackle the bosses. i want to go and look at the armor before i decide that, though. otherwise: etherlords 2 and beneath a steel sky have started up. bass is a game i've recently played and am playing again to properly finish, while etherlords 2 is a game i've been playing spread across three years, now. when i get through a campaign, i put it to bed, then pick it up the next year. it's been a very relaxed way to play that game and i'm glad i did it like this. i'm in campaign three, so this will be the end of that game. lastly, more quest for glory 4! which is much more fun than i thought it would be.

AJ: I recently sprang for an actual, real-life drum set which I intend to play along to Pro (no fail) mode on Rock Band 3 and/or 4. Should be lots of loud, rockin’ fun. Also, possibly some Owlboy and/or Hyper Light Drifter, both of which I just recently tried for the first time and pretty much immediately enjoyed.

Tru: I've been a teacher.

Yoda: Really want to finish Ass Creed this weekend but I doubt I'll find the time. If i have some game time i may squeeze in a round or two of CSGO

Gotta say, it's looking too be a fairly demon heavy weekend. Or Demon-killing, rather.
Also send love to our resident old half-black and half-white wolf. He's got a real bad case of the very much not fun back issues :(

So don't forget to relax and enjoy the moments of quiet in your days off. And of course, kill more demons.

END_OF_DOCUMENT_TOKEN_TO_BE_REPLACED

Oh boy. 2018 had some pretty awesome media to consume. So much so that it was really hard to narrow it down to just five for each medium. But I wanted to keep this somewhat brief. The lists here are in no particular order, other than that the mediums are gone through alphabetically.

Which means we start with my favorite Albums of the year. END_OF_DOCUMENT_TOKEN_TO_BE_REPLACED