Rebel Galaxy Outlaw is awesome, you really should play it. Great character controller, lots of good music including the option to drop your own tracks in and listen to them, a story that doesn't totally suck and the biggest most exaggerated explosions since Just Cause. But for me one of the coolest features is the built in paint program that allows you to make your own skins for your ships. That's like some old school flight sim stuff right there. I put a cool tusky face on the front of my current ship and I don't think it turned out bad for a guy who doesn't know to draw in Photoshop. 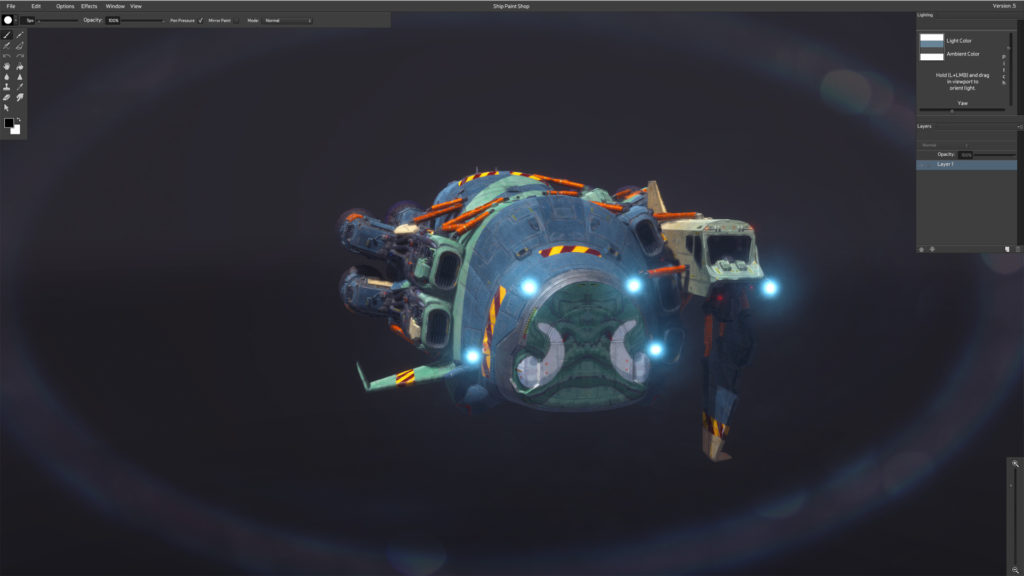 In real space - There's a bunch of Tardigrades maybe living on the moon now since an Israeli space craft crashed there. I'm sure you've heard about that by now. It's been in my news feeds all week long. And It seems that astronomers have spotted a black hole eating a neutron star. That's pretty amazing. And there's a new theory that a small, incompletely formed planet collided with Jupiter some four and half billion years ago. But that's not all... I also read about a rouge star screaming away from our galactic center at around four million miles per hour, seemingly slingshot away by our own Milky Way's supermassive black hole. Some really cool things are happening in astronomy.

Also Cody is still playing the absolute crap out of Warframe. And Dr. S. is exploring the No Man's Sky Beyond update, probably right now. So there's that.

Tell Us What You're Playing, You Fancy Fellows

Greywolfe: did some more titan quest.  it looks like - from the wiki i consulted [because i can't find the end of one side quest], i'm basically done with act 1.  not bad for just kinda logging four hours every week.  also, more quest for glory 4!  i've picked up the thief related stuff...on my paladin.  not sure how that's going to go.  then there's more etherlords 2.  i think i'm about ready to try and hit my head against that game's brick wall, again.

AJ: I recently acquired a couple more classics for my Super Nt, so this weekend I will be playing the SNES versions of SimCity and Sunset Riders.

Yoda: Finally cleared all the nodes in my Star Chart. Now I've got some hard to find Warframes I've been after to hunt down. Observatory in our Clan Dojo is finished and DAMMMNNNNN is it nice. Also I finally found a Spear that looks just like the one Grendel uses in the comics, completing my Volt's look as the the red and black demon himself. Which is the best thing since sliced bread.

Scroo: Rebel Galaxy Outlaw for me. Also work cos I need money.