It's so nice to be out of 2020. Between the pandemic and a multitude of various other reasons, it was surely a year most people would sooner forget. But that being said, 2020 wasn't actually a total loss. Despite several titles having to see their release dates pushed back due to the challenges of working through social distancing and quarantines, it was overall a pretty fantastic year for video games. Don't believe me? Well, just read on and see for yourself as I recap 12 of the very brightest spots in an otherwise pretty dark year. 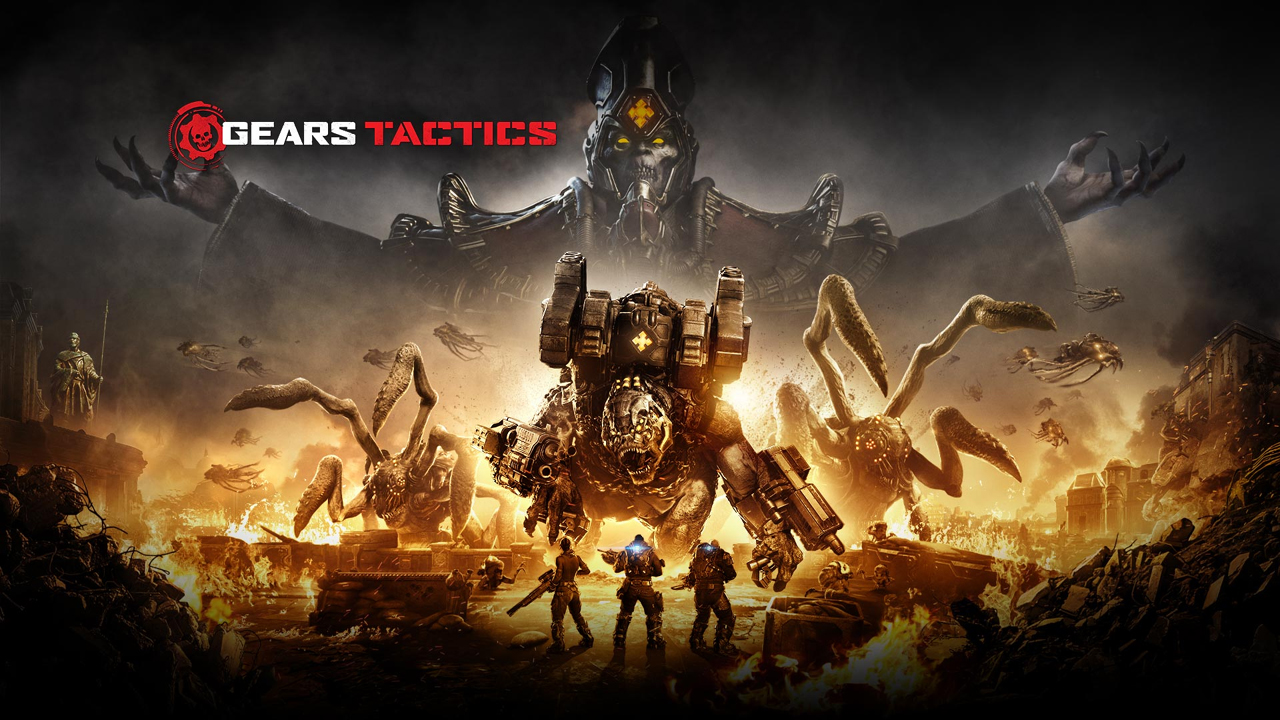 Since it first emerged back in 2006, Gears of War has been a key franchise for the Xbox brand. Just last year I saw fit to include Gears 5 in my top 12 for 2019 list (noting how it was a particularly fresh and fun installment to the series). This year, Microsoft evidently decided that it was time to mix things up (like they had previously done with their other big shooter franchise) and create a more tactics-based affair.

Enter Gears Tactics. Like Halo Wars, it's takes all the atmosphere, enemy types, and equipment you know and love from the main series, but sets it into a slower-paced, more cerebral format. The results are a satisfying new alternative to the visceral action we've all become accustomed to. While the lack of a multiplayer element may be regrettable, Gears Tactics was still undeniably one of the best Xbox experiences to come out in 2020. 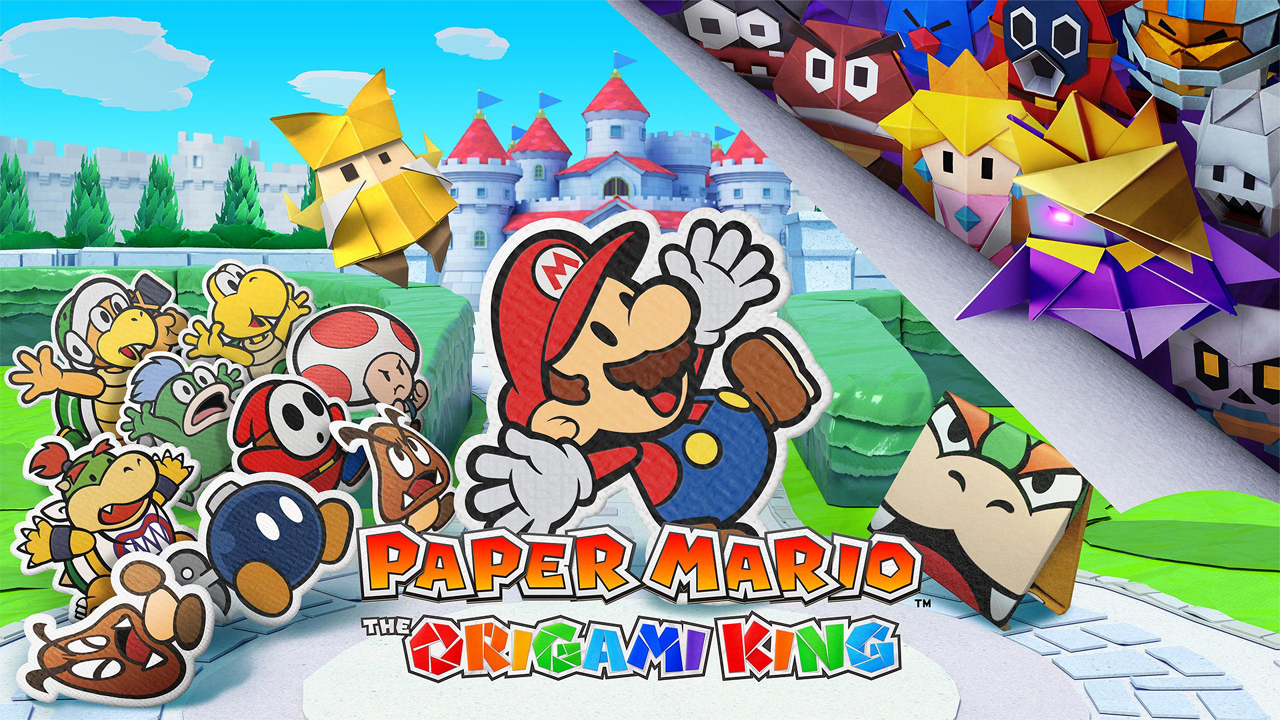 Nintendo was sadly a bit quieter this past year than in previous ones, with not to many big releases to speak of. Luckily though, it's Nintendo we're talking about here, and they at least rarely ever miss the mark. Take Paper Mario: The Origami King, for instance - - a great title that's high quality enough to stand up to just about any other game that came out in 2020. While admittedly it may not quite be the best entry in the Paper Mario series, with its unique mechanics and systems, some brand new characters, and a fresh and fitting (if somewhat creepy) origami aesthetic, it's still a very worthy addition. As well as an absolute must-purchase title for Switch owners of all stripes. 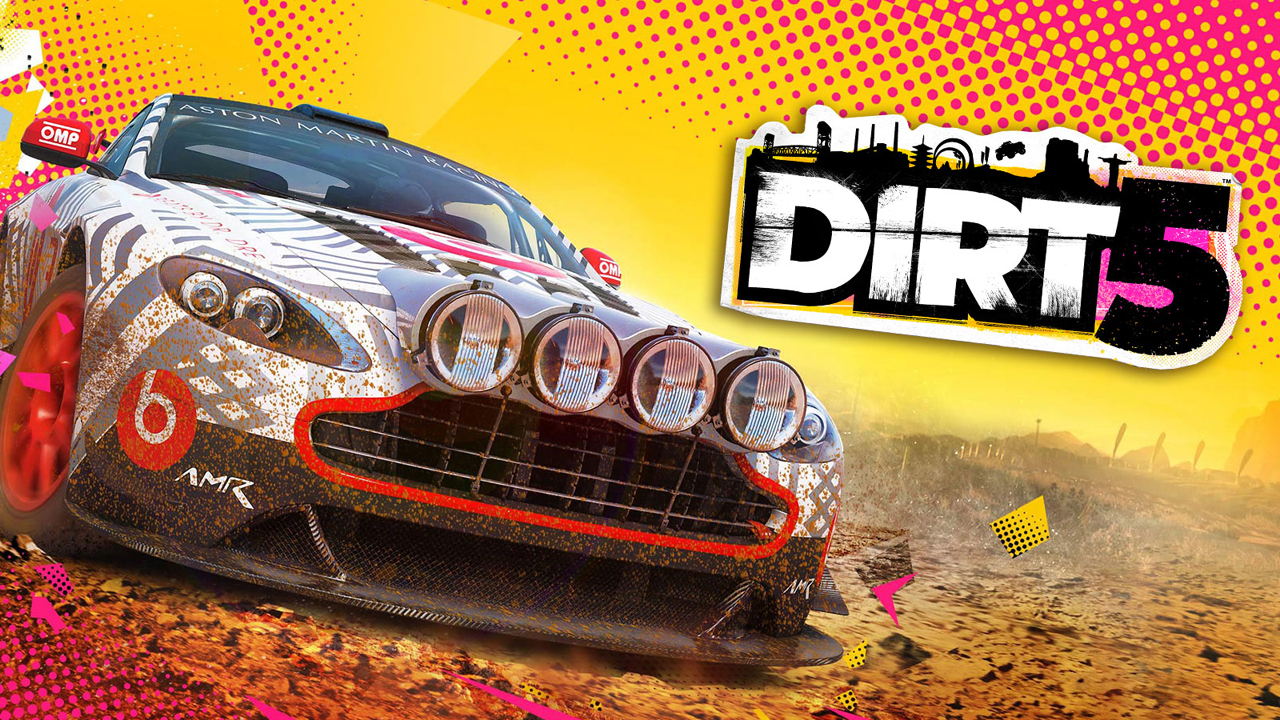 Truth be told, there weren't a lot of options when it came to quality racing games this past year, but luckily for racing fans, there was a new Dirt title; and Codemasters popular rally racing series almost always delivers the goods. Such was the case with this newest installment, Dirt 5. So what was it that it delivered exactly? Well, specifically, a wide range of interesting track locations, a dynamic weather system, and a much-appreciated 4-player split-screen option, just to name a few key features. Basically, Dirt 5 is one of the best entries yet in an almost constantly-improving, yet already acclaimed racing series. What more could you ask for, really? 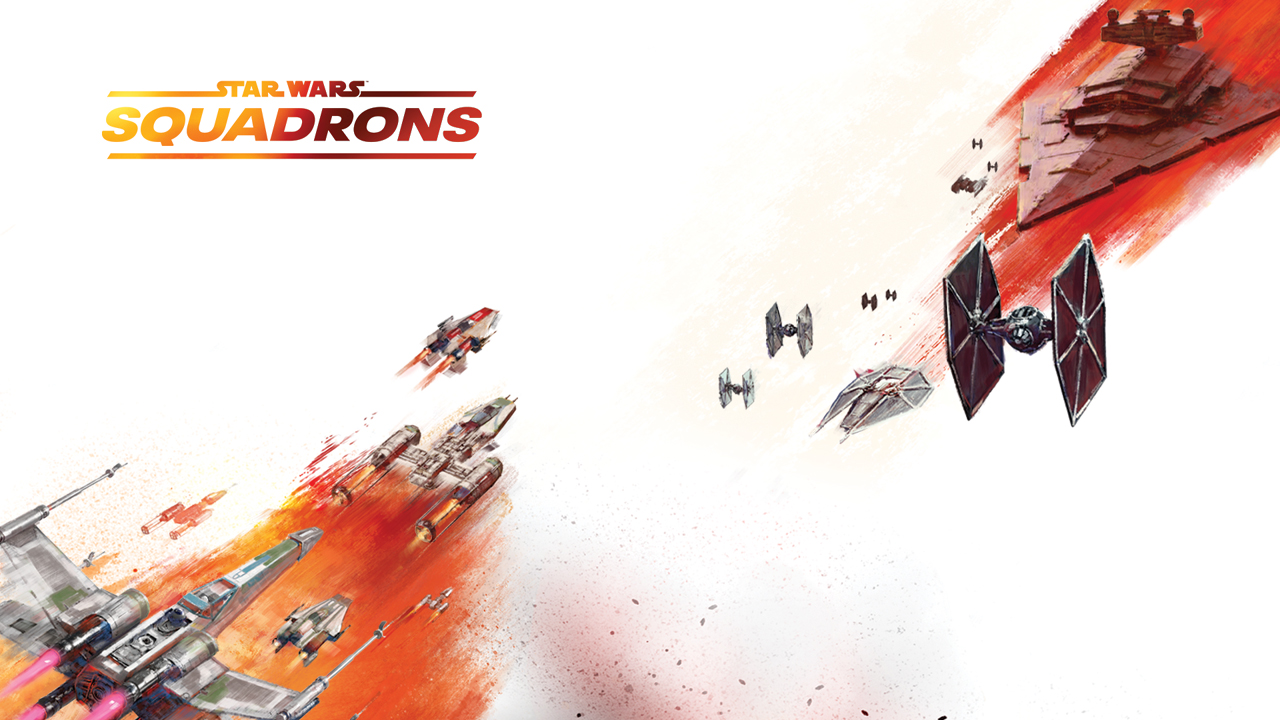 Despite the recent (and welcome) announcement that EA will no longer have exclusive video game rights to the Star Wars universe, you can't really say that they've done a bad job so far. In fact, I enjoyed 2019's Star Wars: Jedi - Fallen Order so much that I gave it a more dedicated article in addition to including it in my top 12 for the year. And EA didn't disappoint this year either, releasing yet another fantastic new Star Wars title, this time with a focus on surprisingly detailed and entertainingly engaging space combat simulation (as opposed to Fallen Order's third-person lightsaber action). Star Wars: Squadrons represents both a refreshing change, as well as a welcome return to that somewhat dusty corner of the franchise. A well-crafted entry that is deserving of the attention of not only Rogue Squadron and X-Wing vs TIE Fighter fans, but really just the majority of gamers far and wide. 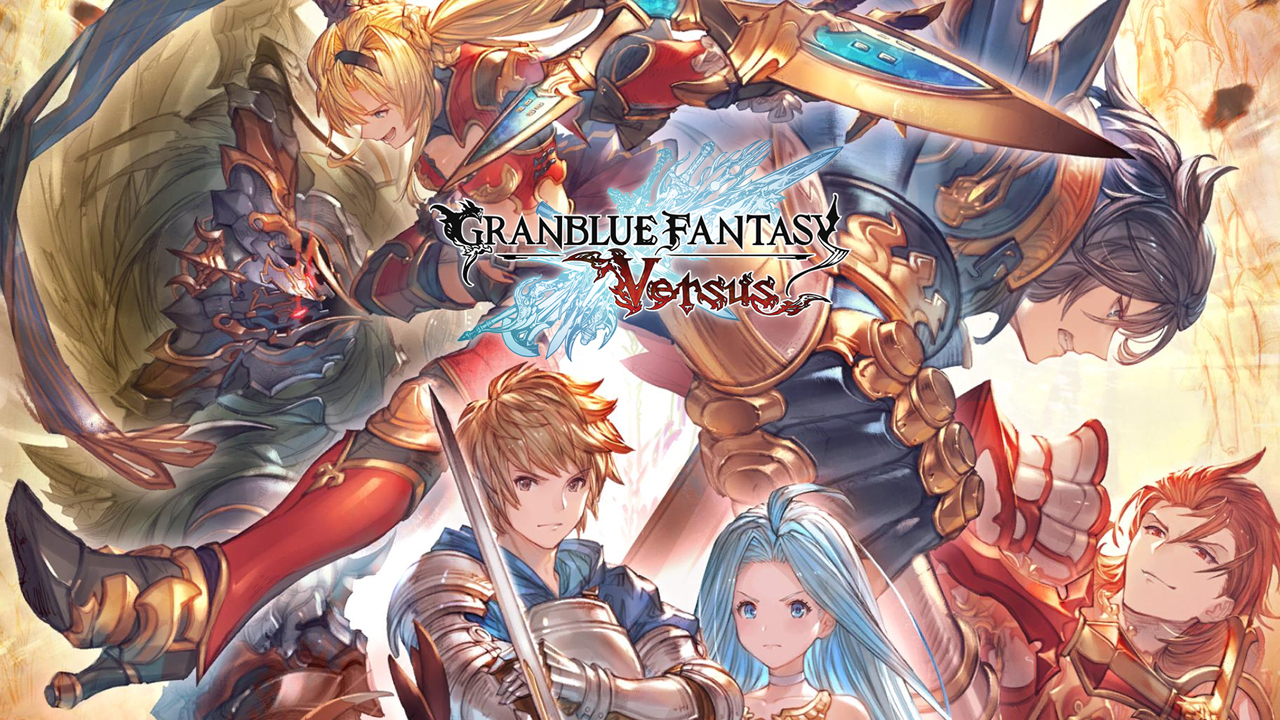 Similar to the lack of good racing titles, fighting games were also in pretty short supply this past year. Fortunately though, Arc System Works basically had the entire genre covered with an outstanding new arcade style 2D fighter called Granblue Fantasy - Versus. As per usual, Arc System Works brought their A game, bestowing on fighting game fans yet another beautiful and addictive work of art with enough depth and options to keep them satisfied for quite some time. All things considered, it's probably for the best that there wasn't much competition in the 2020 fighting game arena as Granblue Fantasy - Versus likely would have handily bested any and all comers. 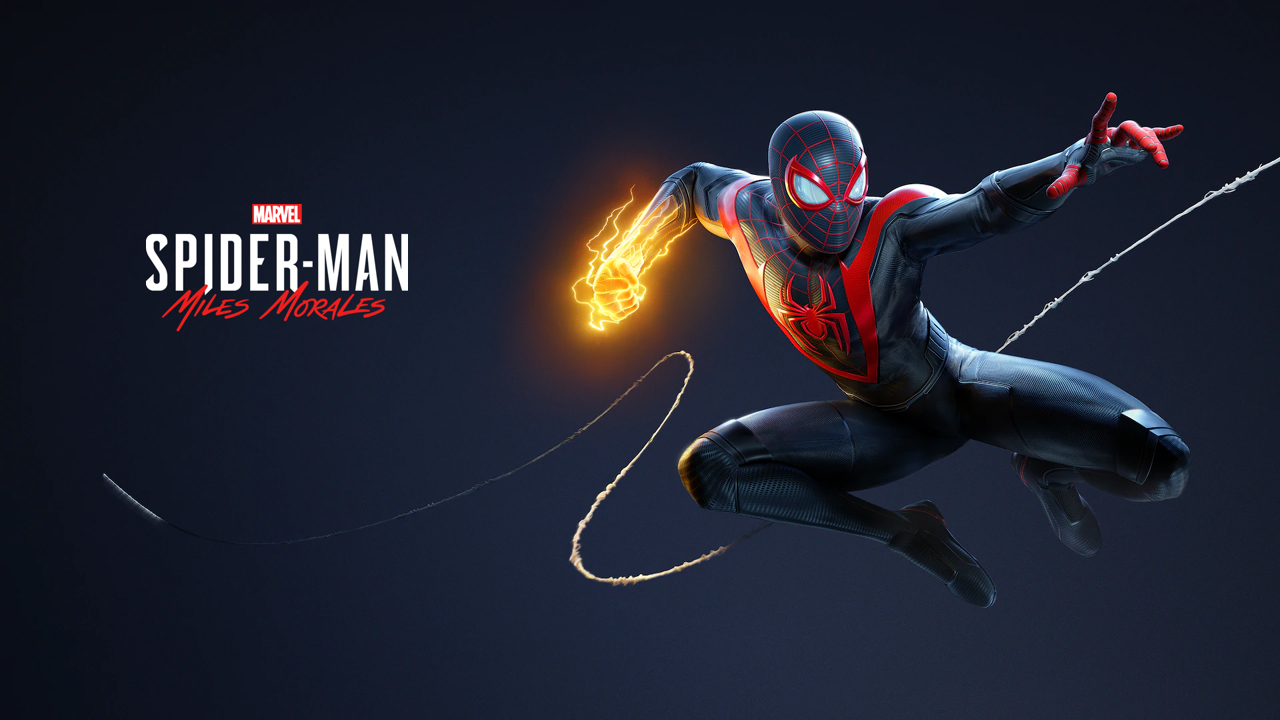 Two year ago, the decision to include Insomniac's amazing 2018 Spider-Man game on my best of the year list was pretty much a no-brainer. So it probably shouldn't be too much of a shocker that I've essentially come to the same conclusion about about their spectacular 2020 follow-up, Spider-Man: Miles Morales. The new game is basically just even more of the same, and that's a great thing. It's got more villains, more powers, more moves, and even more dramatically heroic story to enjoy. Whether you're in desperate need of a Marvel fix, or simply just looking for a really great game to play, Spider-Man: Miles Morales is there to save the day. 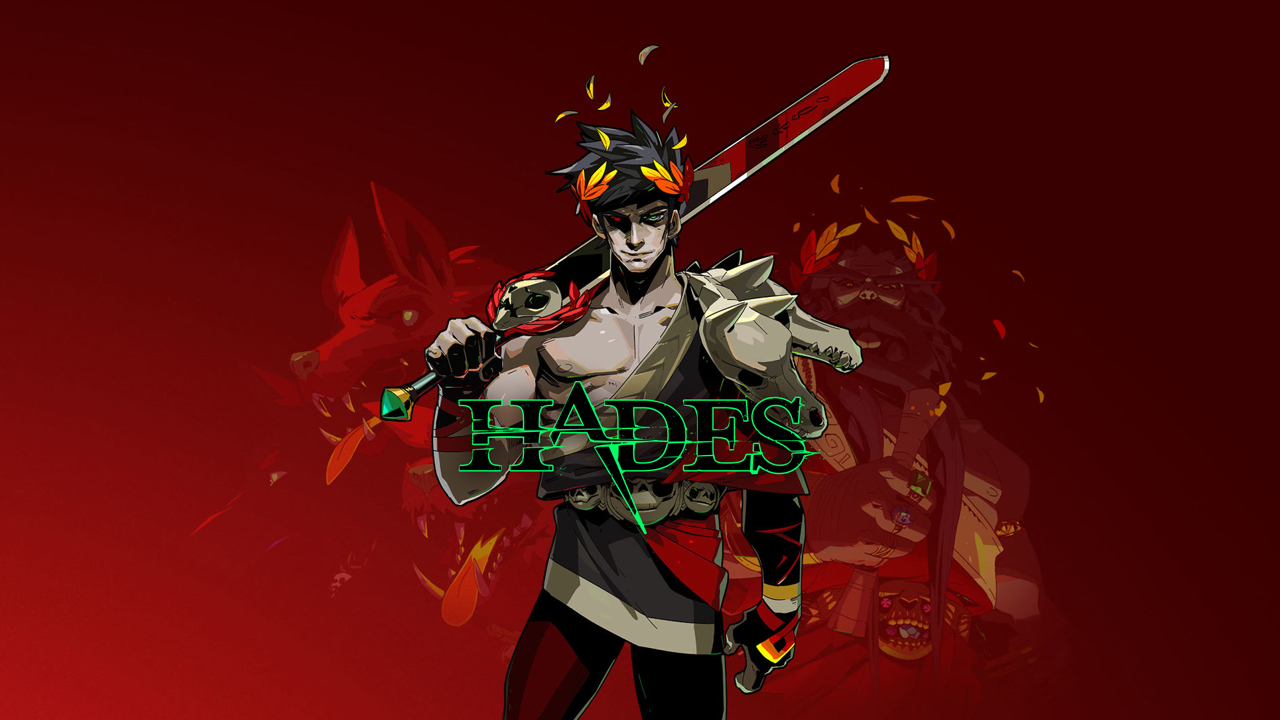 Supergiant Games has been on the gaming scene for about a decade or so now. Over the course of that time span they have proven themselves to be quite adept at coming up with some pretty original and compelling gaming experiences. Hades, without a doubt, represents the pinnacle of their efforts (so far). A roguelike action game steeped in Greek mythology, Hades is addictive and beautiful, gives you plenty to do, and really keeps things interesting the whole way through. While all of their games are well worth checking out, if for some reason the gods only allowed you to choose one Supergiant game to play, Hades would be the most divine choice. 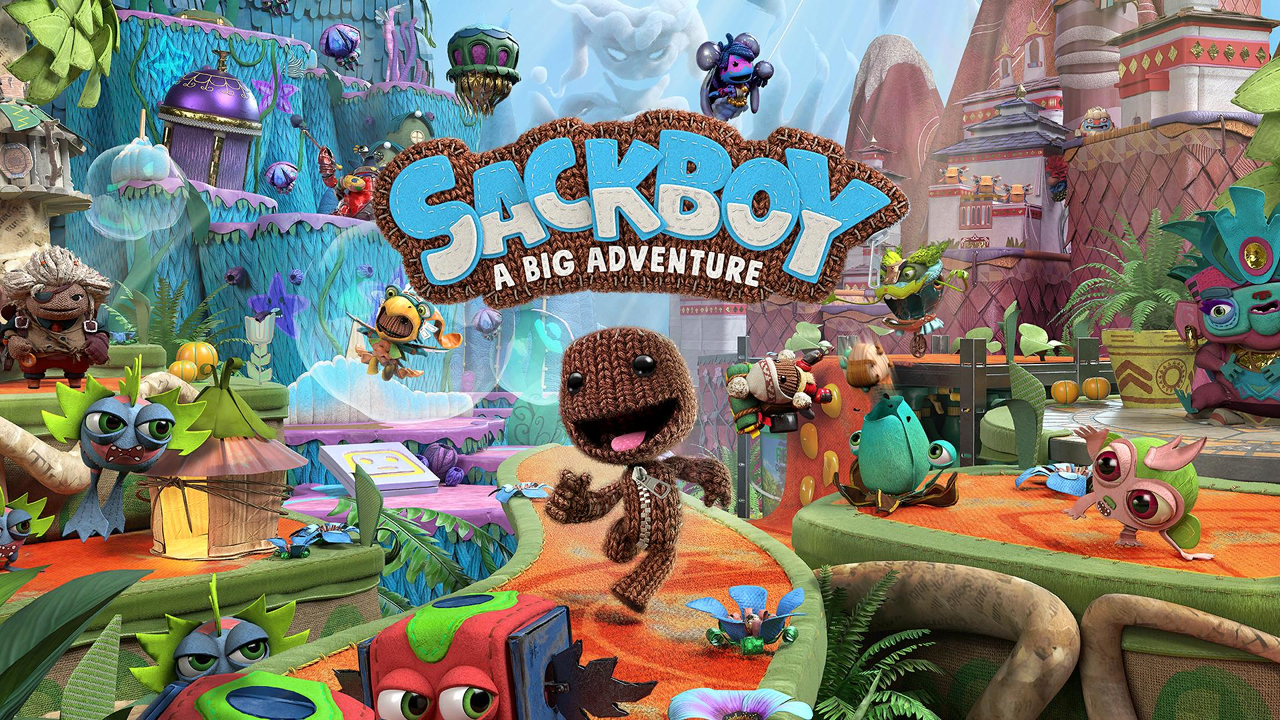 The last LittleBigPlanet game came out back in 2014. Which means it had been entirely too long since we'd last seen Sackboy's adorable knitted face. Thankfully though, in 2020, Sony apparently felt the same way and decided to throw gamers a bone in the form of Sackboy: A Big Adventure.

While the game may technically be a spin-off as opposed to an official sequel (and by a different developer, no less), A Big Adventure is every bit as charmingly entertaining as the series proper. Clearly taking inspiration from the fantastic Wii U title (and soon to be Switch port), Super Mario 3D World, the game kind of feels like a mash-up between that and LittleBigPlanet, and is simply all the better for it. With local and online multiplayer for up to 4 people, Sackboy: A Big Adventure is well-crafted lighthearted fun that the whole family can enjoy. 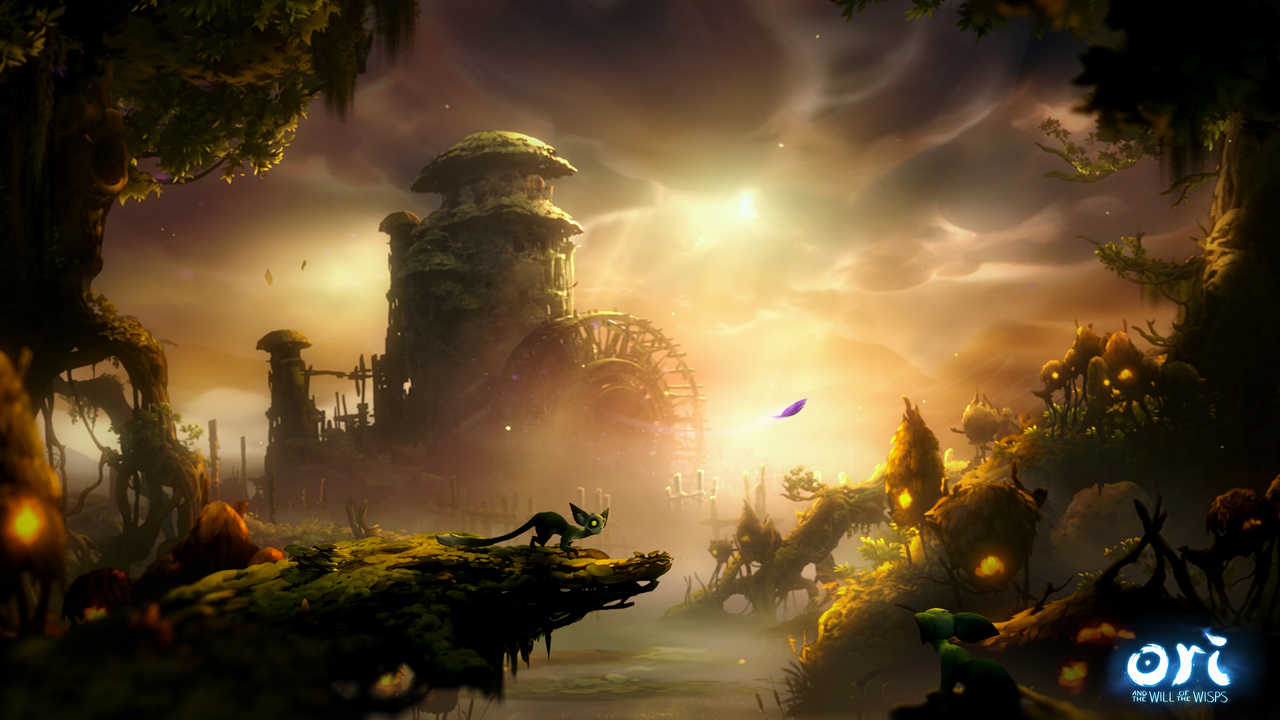 04 Ori and the Will of the Wisps

Like Spider-Man: Miles Morales, Ori and the Will of the Wisps is also more of the same, and really, what's not to like about that? Ori and the Blind Forest is and was one of the most beautiful and endearing platformers ever created; and the same can just as easily be said about its sequel. In fact, the inclusion of new mechanics and refinements means that, not only does Ori and the Will of the Wisps represent a continuation of gaming excellence, it is actually excellence perfected. Truly, one of the most outstanding titles I've ever seen (of 2020 or otherwise). 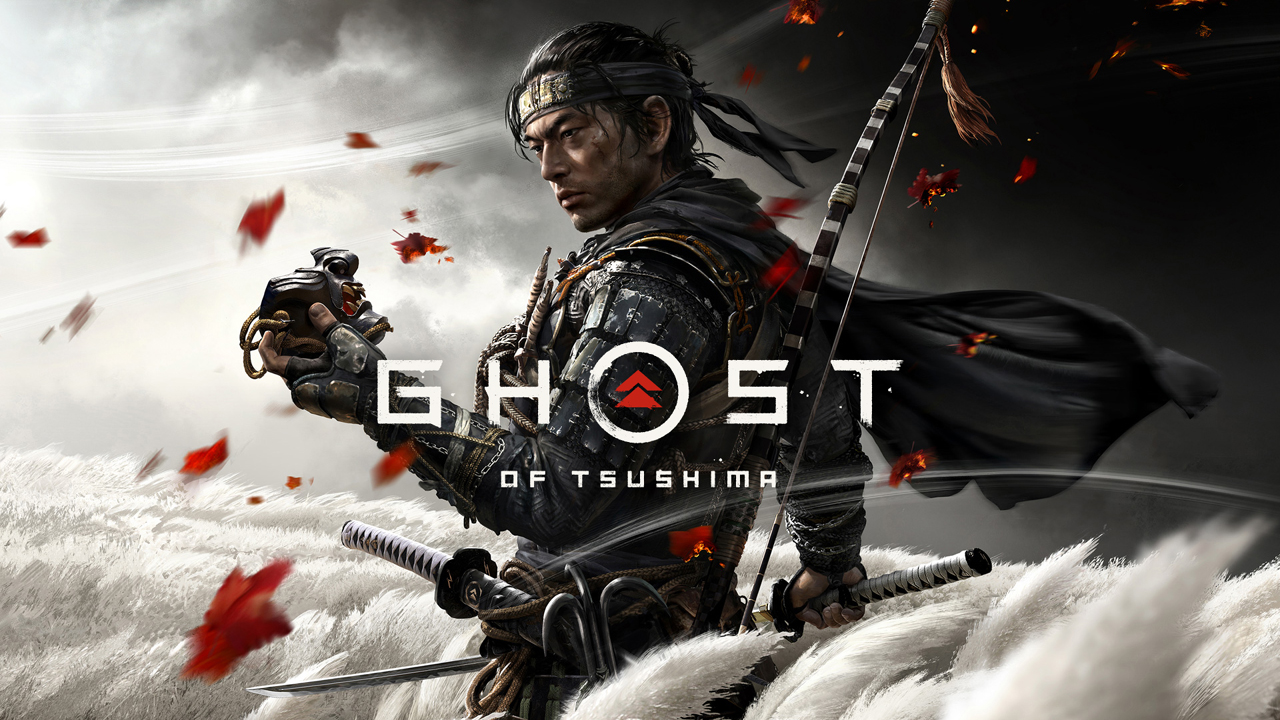 In case you were living under a rock or something, Ghost of Tsushima was yet another crazy good PlayStation title that happened to come out in the year 2020. It's the brutal, yet epically operatic story of a feudal samurai defending the Japanese island of Tsushima during the Mongol invasion of 1274. The style, attention to detail, and sense of place achieved by the game's developer, Sucker Punch, is nothing short of amazing. They succeeded in creating an absolutely beautiful interactive work of art that is also a bloody and satisfying adventure at the same time. Without a doubt, Ghost of Tsushima was one of the finest games to be released in 2020, and as one of the last true exclusives the PlayStation 4 will likely ever see, is a pretty fantastic send-off for the now legendary console. 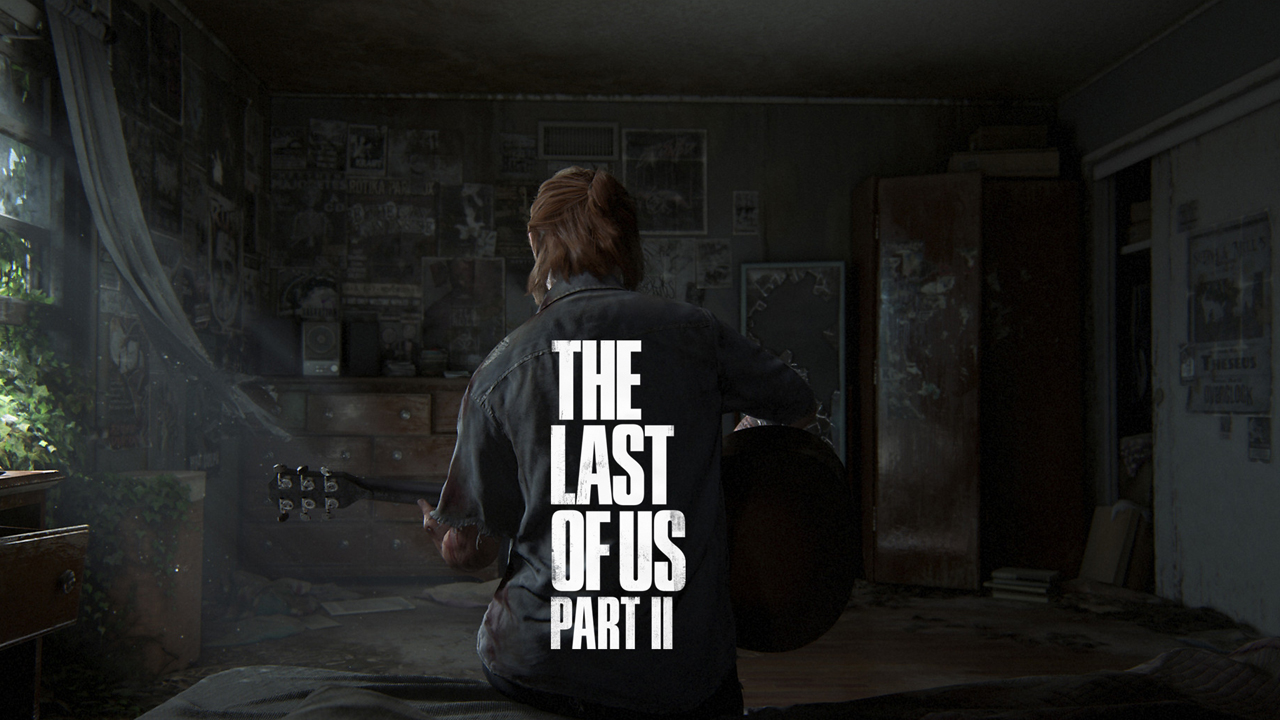 By now, Naughty Dog has established a very well-earned reputation for perfection in everything that they do. Their wildly popular Uncharted franchise has received heaps of awards and acclaim over the years. In addition, their 2013 survival horror game, The Last of Us, was so mind-blowingly brilliant that I decided to include it in both on my 12 best games of the PlayStation 3 Retrospective and my 12 Best Games of the 2010s list.

It's no real surprise then that their 2020 sequel, The Last of Us (part) II is yet another veritable gaming masterpiece. An emotional roller coaster that is equal parts beautiful, heartwarming, soul-crushing, and terrifying. There's no other experience out there quite like The Last of Us because nobody else out there can tell a story quite like Naughty Dog. While The Last of Us II may not be a game for everyone, you'd kind of have to be brain-dead to let it pass you by. 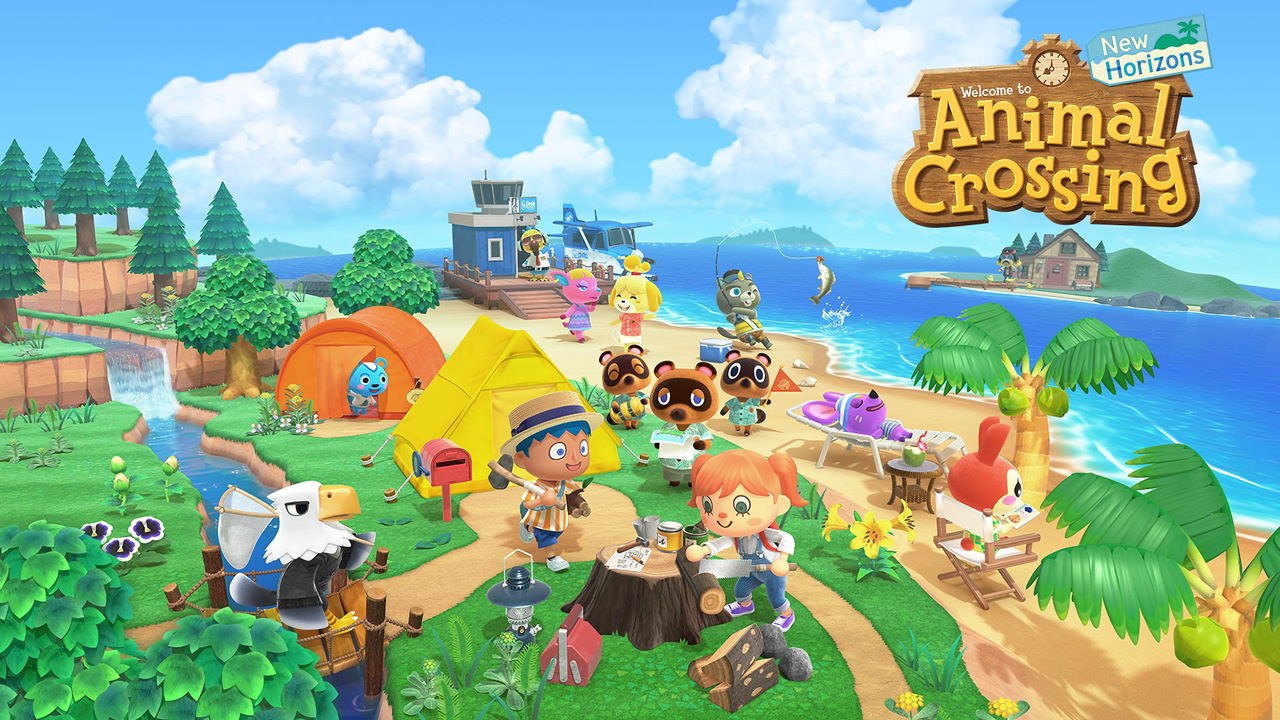 Remember above when I said that Nintendo rarely ever misses the mark? Animal Crossing: New Horizons, is another perfect example. It's basically the culmination of all the other Animal Crossing games that have come before - - it's better looking, incredibly addictive, more social, ridiculously addictive, and has more things to do than you can shake a shovel at.

Did I also mention that it's addictive? I mean it. You don't just lose hours in this game, you lose whole days at a time. And in a year when people were forced to stay home and come up with creative ways to keep themselves entertained, Animal Crossing: New Horizons was like a gift from the sky. Not only did Nintendo not miss the mark with this game, they hit the nail on the head with the seasoned expertise of a master craftsman.

So that's going to do it for my best of 2020 list. Thanks for checking it out. While I do feel pretty confident about them, feel free to let me know which games you loved playing the most last year. Also I hope you'll check out some (or all) of the ones I listed if you haven't already. It will be interesting to see what 2021 has in store (in terms of gaming, anyways).