Happy New Year! Wait, is 2017 over already? Well, that was a (bluish) blur! Since another year has come and gone, that means it is time once again for me to share my picks for the top 12 greatest games to come out over the last 12 months. It wasn't an easy job, and it's a safe bet my selections won't resonate with everyone, but I feel pretty happy with them. So without further ado, here are my picks for the 12 best games of 2017. 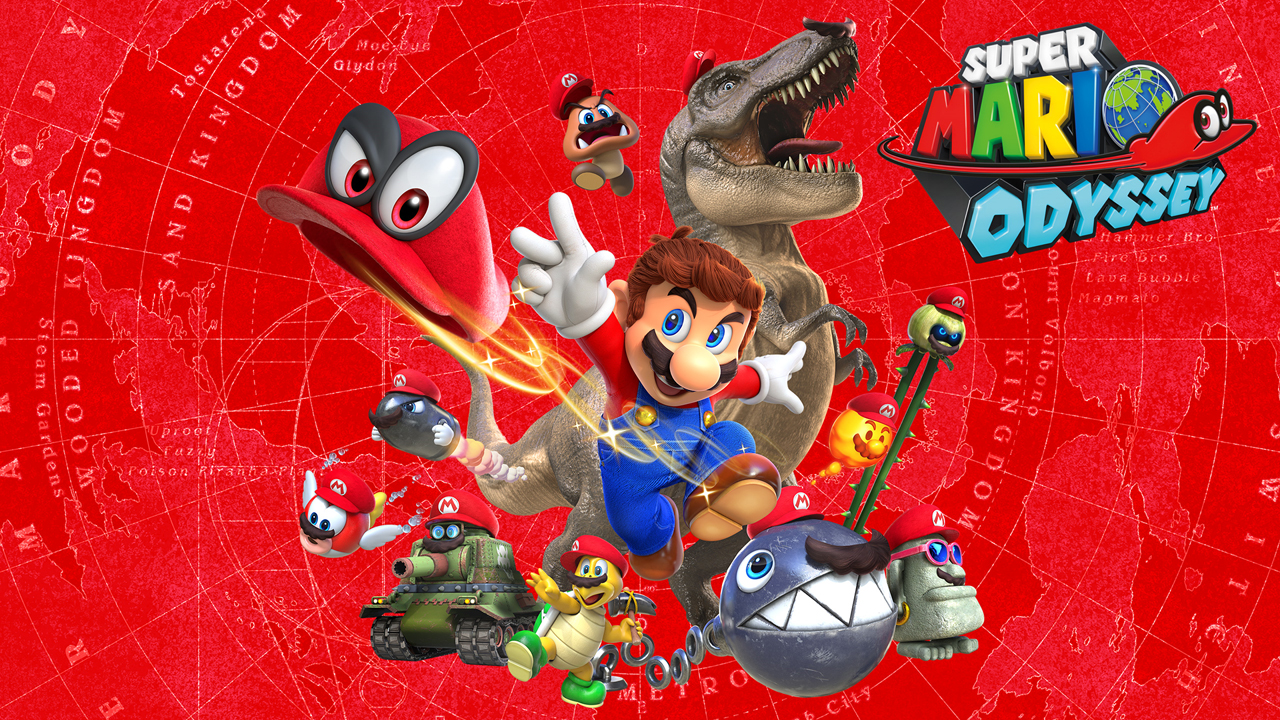 There were two big Switch games that everyone was talking about in 2017. One of them was The Legend of Zelda: Breath of the Wild (which we will get to in a moment). The other was Super Mario Odyssey. But while Breath of the Wild more or less succeeded in living up to its surrounding hype, Odyssey, came up a bit short. For starters, the multiplayer options were considerably lacking. Especially following the fantastic party game feel of Mario's last main-series appearance, in Super Mario 3D World. Also, there were several odd, if not outright questionable, design choices. That being said, while Odyssey may not be quite the killer app 3D World was, at the end of the day, it's still a Mario game. As such, even despite these shortcomings, the overall quality is still high enough, and the game is just infectiously fun enough, to secure a spot on my list. 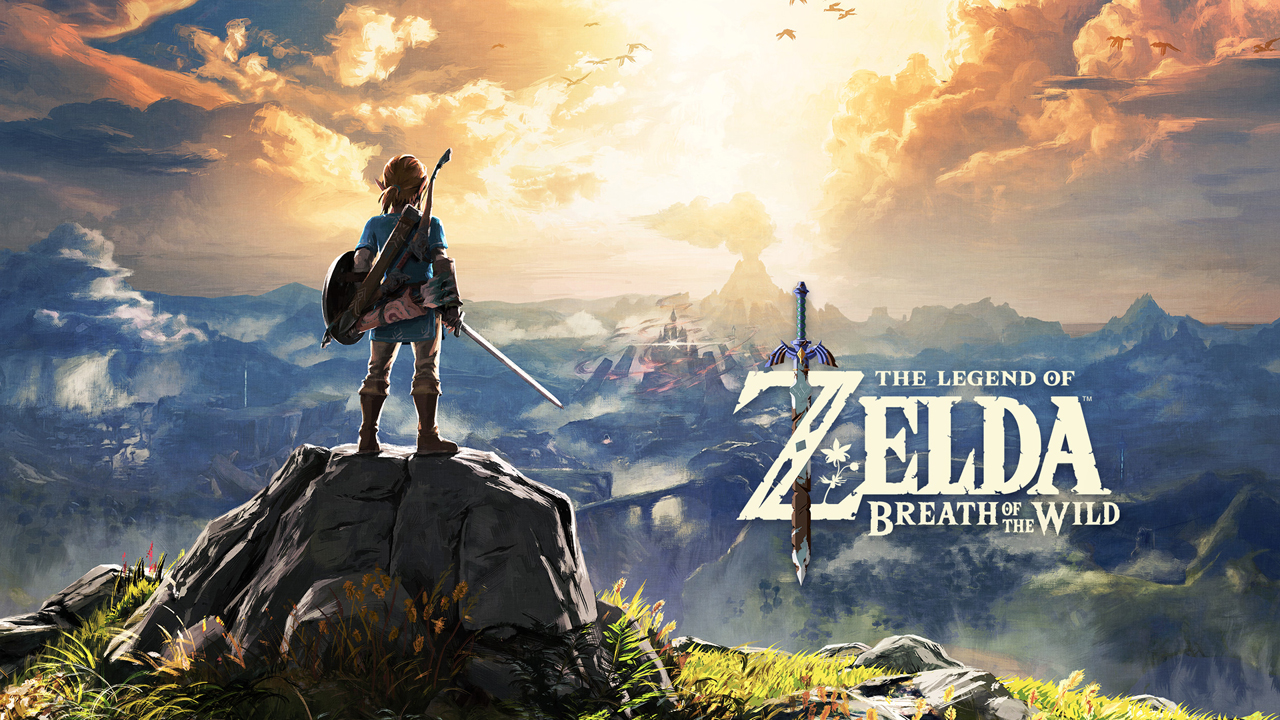 #11 The Legend of Zelda: Breath of the Wild

The Legend of Zelda: Breath of the Wild was a long time coming. Initially announced in 2013 and planned for a 2015 release, the game was anticipated by many as the one title that could finally turn things around for Nintendo's struggling Wii U console. Unfortunately, it was delayed several times and instead ended up becoming that system's swan song (as well as the game that sold a million Switches). As a launch title for the Wii U's replacement, the game could not have performed better, far surpassing even Nintendo's wildest expectations. For a while the game even boasted a console attach rate of greater than 100%, which means that more people owned a copy of Breath of the Wild than they did a console to play it on! (Though that may be mostly attributable to the confoundingly scarce availability of the Switch during its first six months on the market.)

The reasons for the game's incredible popularity aren't difficult to fathom. For starters, The Legend of Zelda series has long been one of the most important properties in the history of gaming. It also helps that Breath of the Wild is such a remarkable entry in that franchise. Taking inspiration from classics like the Elder Scrolls games, as well as the original Legend of Zelda itself, Breath of the Wild is epic in scale and exceptional in value, providing potentially hundreds of hours of sword-swinging, arrow-shooting, shield-riding entertainment. 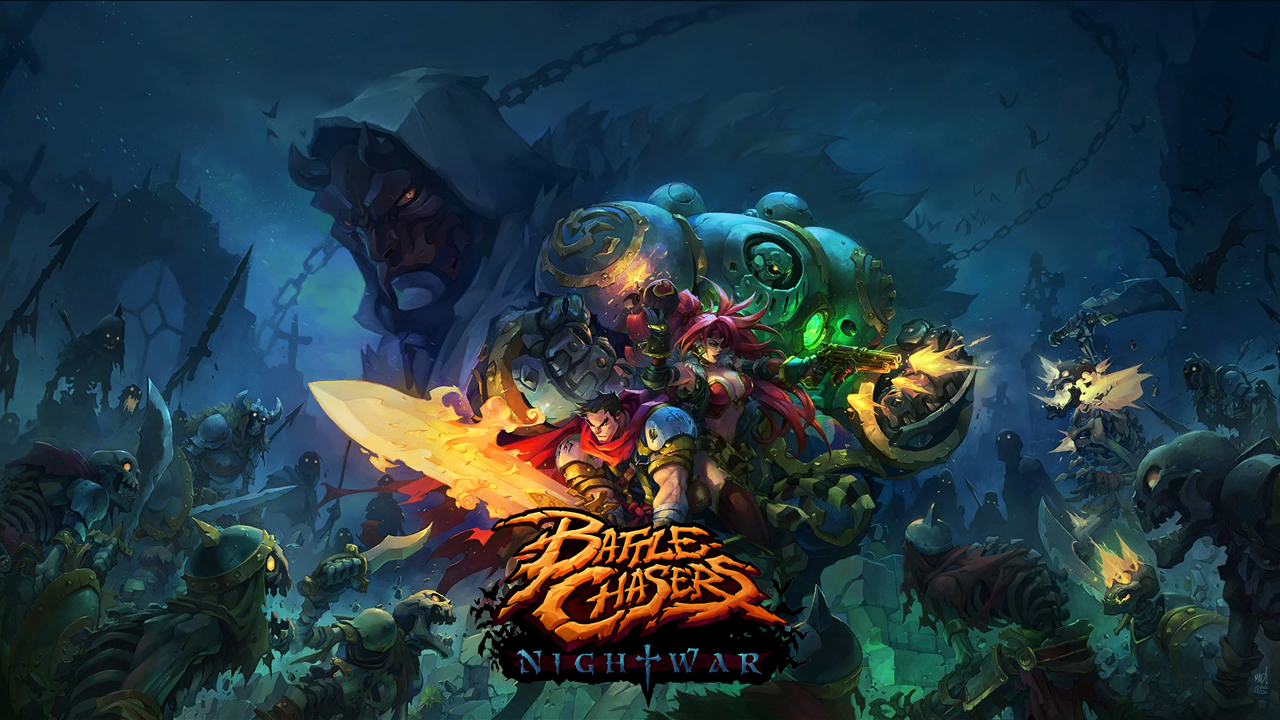 Battle Chasers: Nightwar is an Eastern-style RPG with a Western art style, compliments of the prominent comic book artist, Joe Madureira. The game is based around Madureira's former comic book series by the same name (which he is reportedly planning to pick up again in the near future). You may also know Madureira's work from the visually delightful Darksiders game, which he helped create prior to forming the studio that developed Nightwar. The gameplay in Battle Chasers is inspired by the JRPGs of old, and while the game does tend to get a bit grindy and tedious in the later stages, it is still a pretty fun game overall. But where the game really shines though (of course), is the visuals. Nearly every image of Madureira's fantastic comic book style is a feast for the eyes, colorful and gorgeous. When combined with the excellent sound design and a great story, to boot, the result is an indie game that is definitely worth checking out. 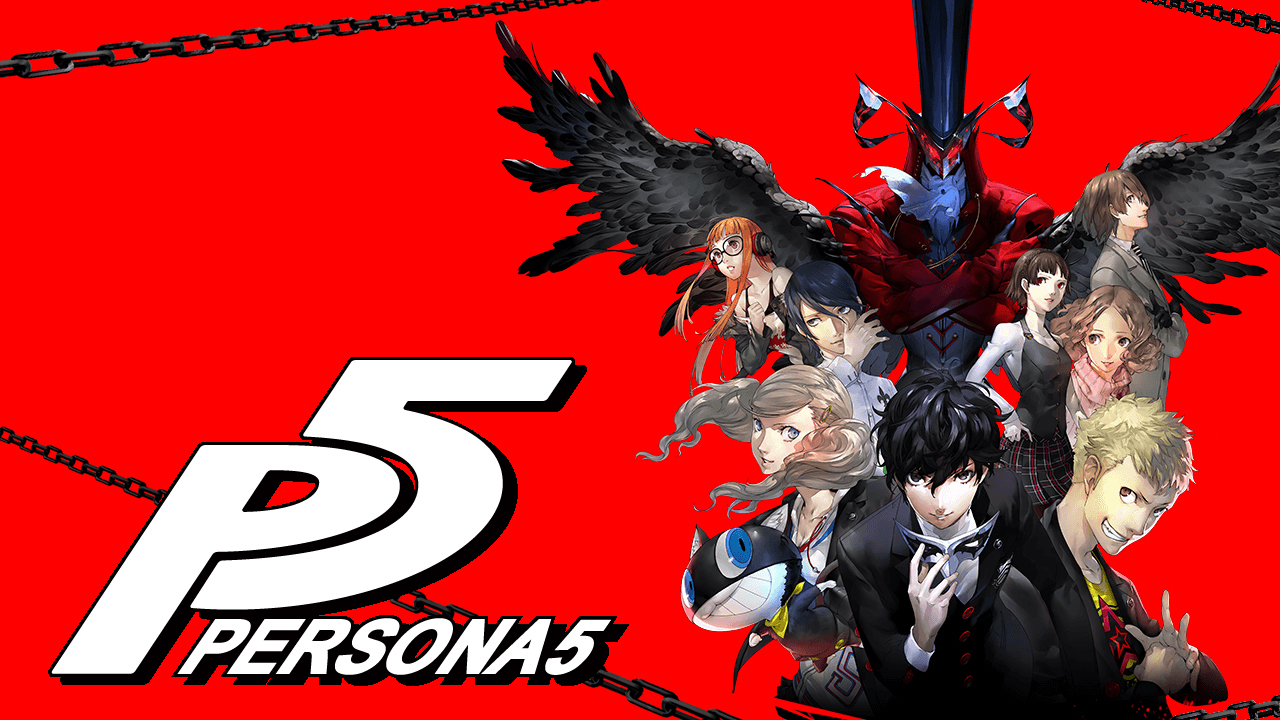 The Persona series has been associated with quality for a good 20 years or so now. Persona 4, in particular, received very high praise when it was released back in 2008. (Even Persona 4's two spin-off fighting games turned out to be quite exceptional.) So, it comes as little surprise that 2017's Persona 5 would stay true to form. In fact, each successive game in the series seems to actually surpass the last. Which means that 5 isn't just good, it's quite possibly one of the best JRPGs ever made. Like other games in the series, Persona 5 just oozes style and personality. It has an excellent, engaging story, unique and interesting characters, and dozens, if not hundreds, of hours of gameplay. If you own a PlayStation 4 (or 3), Persona 5 should absolutely be in your collection. 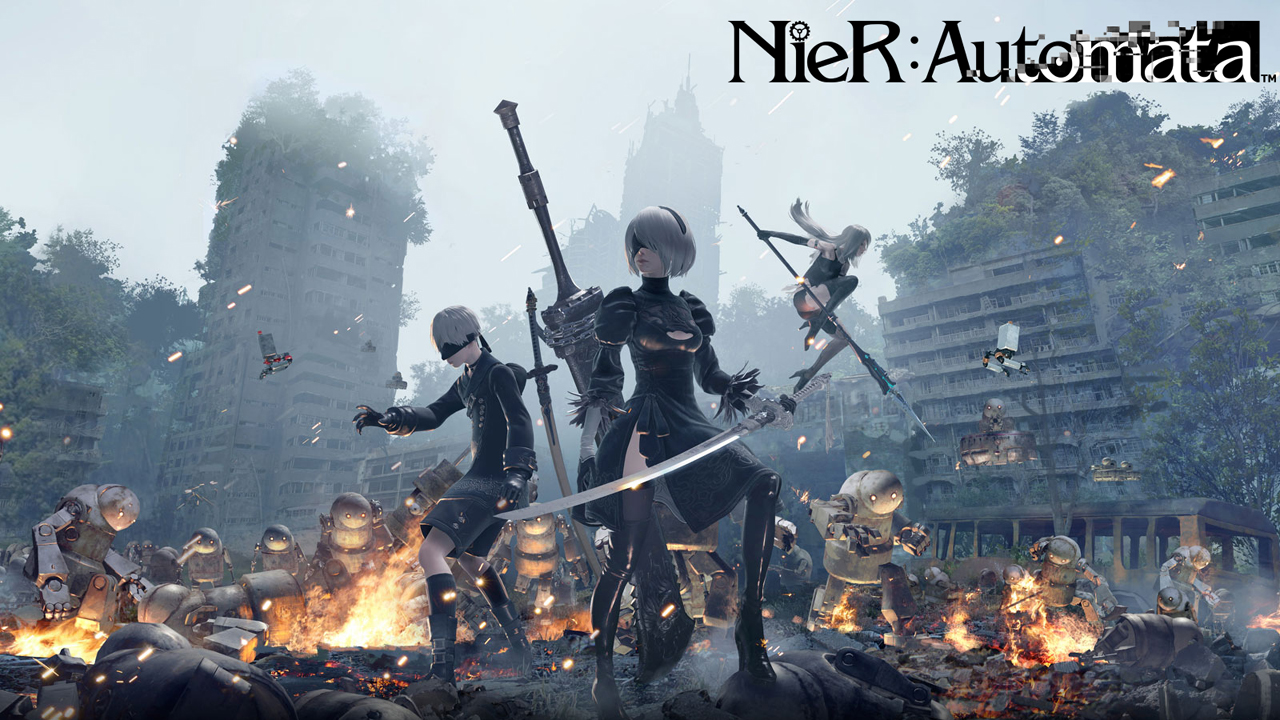 Nier: Automata is the Square Enix published follow-up to the critically-divisive 2010 action RPG, Nier. Though Nier: Automata officially makes it a series, the original Nier was actually a spinoff of the equally divisive three-game Drakengard series. But while nobody could agree on those previous four games, everyone seems to recognize that Nier: Automata is a hit. So what does this game have that those other ones didn't? In a word, PlatinumGames.

​With a number of hit action games under their belt already (Vanquish, Metal Gear Rising: Revengeance, and Bayonetta, to name a few), PlatinumGames was the perfect choice for Square Enix to have develop their next title. The expertise they were able to bring to the table allowed them to single-handedly turn the Drakengard/Nier series from a somewhat forgettable/fringe property into one of the most talked-about experiences of the year. You may have skipped some of the previous entries, but you sure can't skip this one. 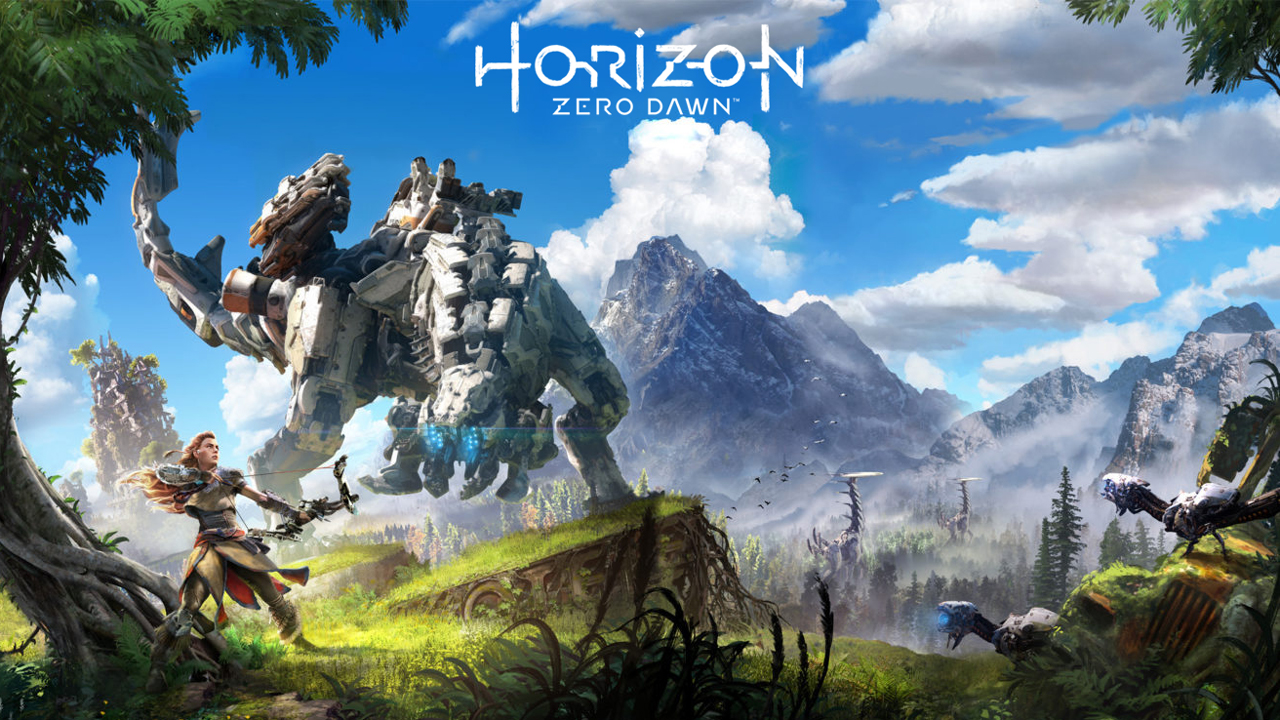 One of the most impressive titles to be released in 2017 was the post-apocalyptic robot-hunter, Horizon: Zero Dawn. Guerrilla's first non-Killzone game since they created that franchise (all the way back in 2004), Horizon: Zero Dawn proves beyond a shadow of a doubt that Guerrilla isn't simply a one-note studio. Though the game takes liberal amounts of inspiration from other popular franchises such as Far Cry, Tomb Raider, and Monster Hunter, it manages to blend the best bits of them together into a deliciously smooth experience and flavor, all its own. Add to that the fantastic graphics, incredible voice-acting, and a truly amazing musical score and you've easily got one of the best games of the year. 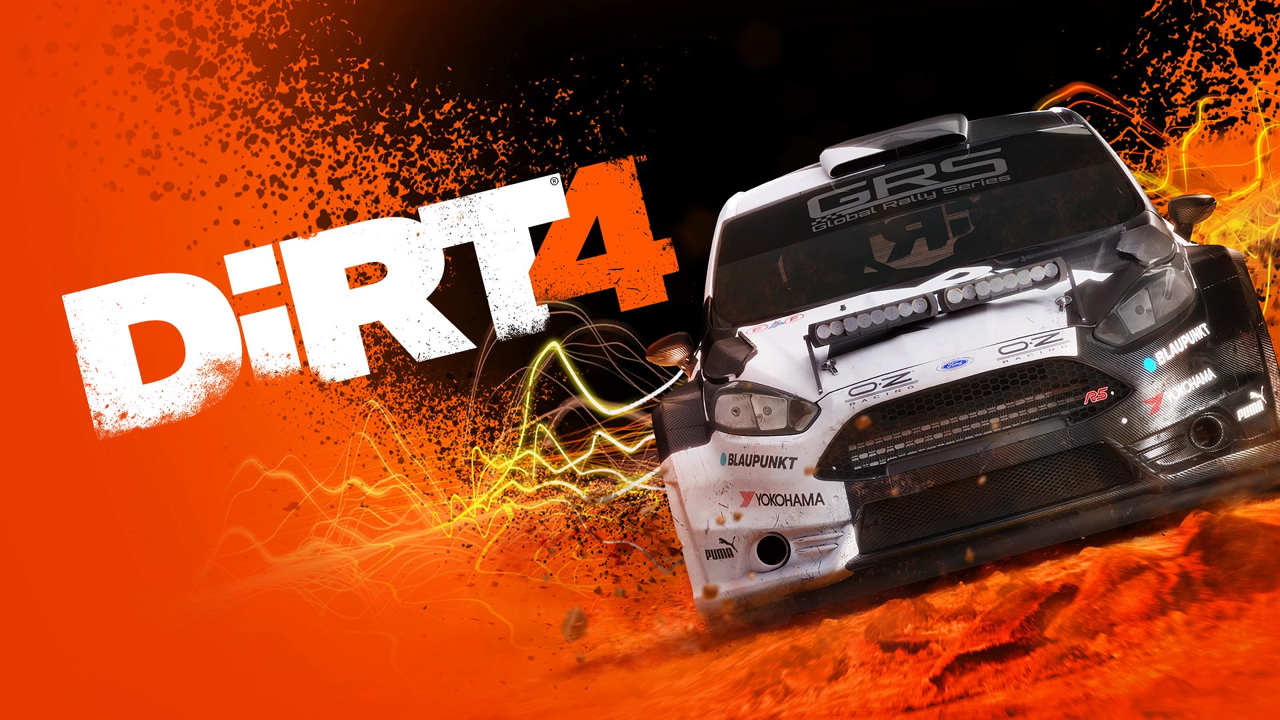 In 2015, after four long years and a couple of missteps, Dirt: Rally finally got the once-loved Dirt series back on track. It might have even taken the crown as the best racing game of that year had it not been for a certain Xbox title called Forza Motorsport 6. Fast forward 2 years and again we were treated to a showdown between the two legendary racing properties. In 2017 however, it was Forza that took a wrong turn. Meanwhile, Dirt 4 picked a good line to follow by bringing back much of what made Dirt: Rally such a strong contender, while including some interesting new additions to boot. The racing is fast and fun, the graphics look great, and the lot of modes are enough to keep any racing fanatic busy for days. If you were looking for a great racing game, look no further. Dirt 4 leaves the competition in the dust.

Similar to their 2015 hit Splatoon, Arms seemed like something of an unorthodox choice for Nintendo. But if any company has the skill to take a totally common genre, put a family-friendly spin on it, and make it something truly new and special (on their first try, no less), it's Nintendo. With Splatoon it was the third-person shooter genre, and Arms, has done this for the 3D fighting genre. Where 2017's highly-anticipated fighter Tekken 7 ended up feeling a bit stale and uninspired, Arms was a new and exciting breath of fresh air. The creative character designs, the addictive elastic-armed boxing style, and the impressive graphics all helped to make Arms the uncontested surprise Switch hit of the year. 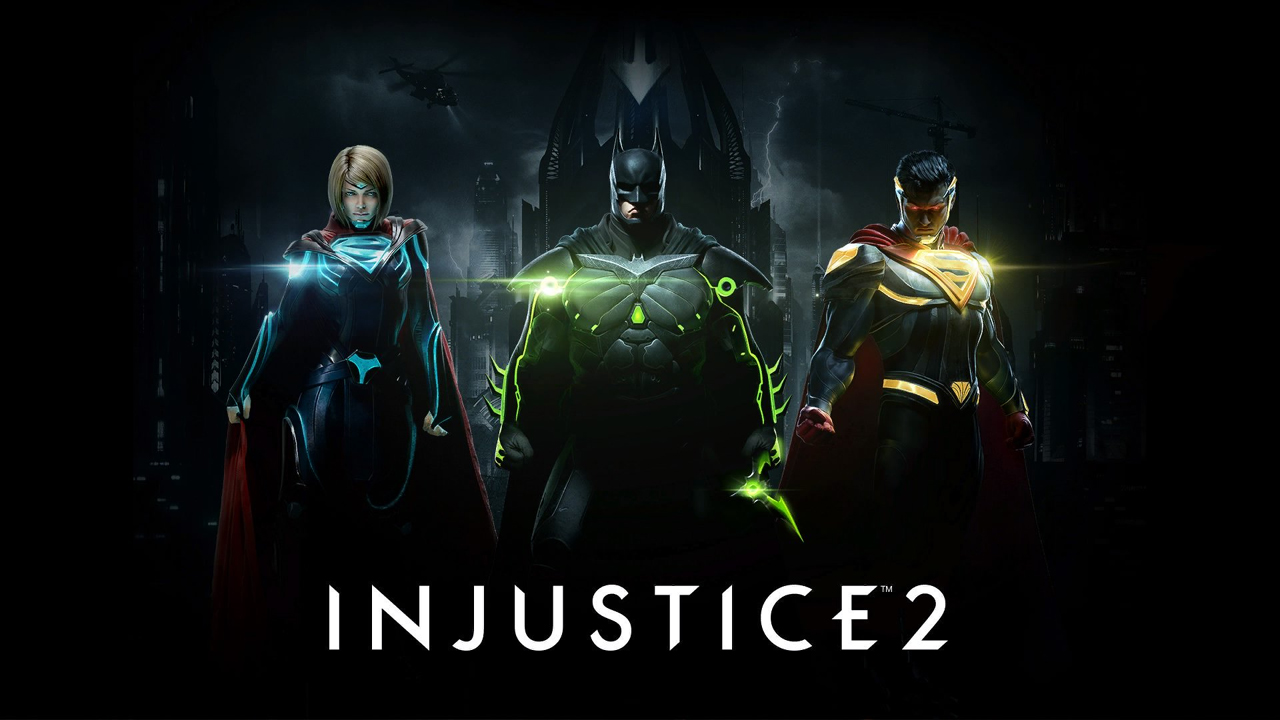 So, I guess it's fair to say that Warner Bros and DC had their share of ups and downs in 2017. What should have been their most important movie of the decade, Justice League, was a titanic flop, while the lower-budgeted Wonder Woman film turned out to be a wondrous success. Fortunately, their highly-anticipated fighting game, Injustice 2 (developed by the maker of the superb Mortal Kombat games), was more hit than miss. While the game did have a few unfortunate issues, such as microtransaction-encouraging currencies and the ridiculous inclusion of those oh so loathsome loot boxes, the rest of Injustice 2 is so face-punchingly good it's almost enough to overlook those shortcomings. With refined gameplay, eye-popping graphics, and great new DC characters to play with, Injustice 2 easily surpasses the original and reigns supreme as the best fighting game of 2017. 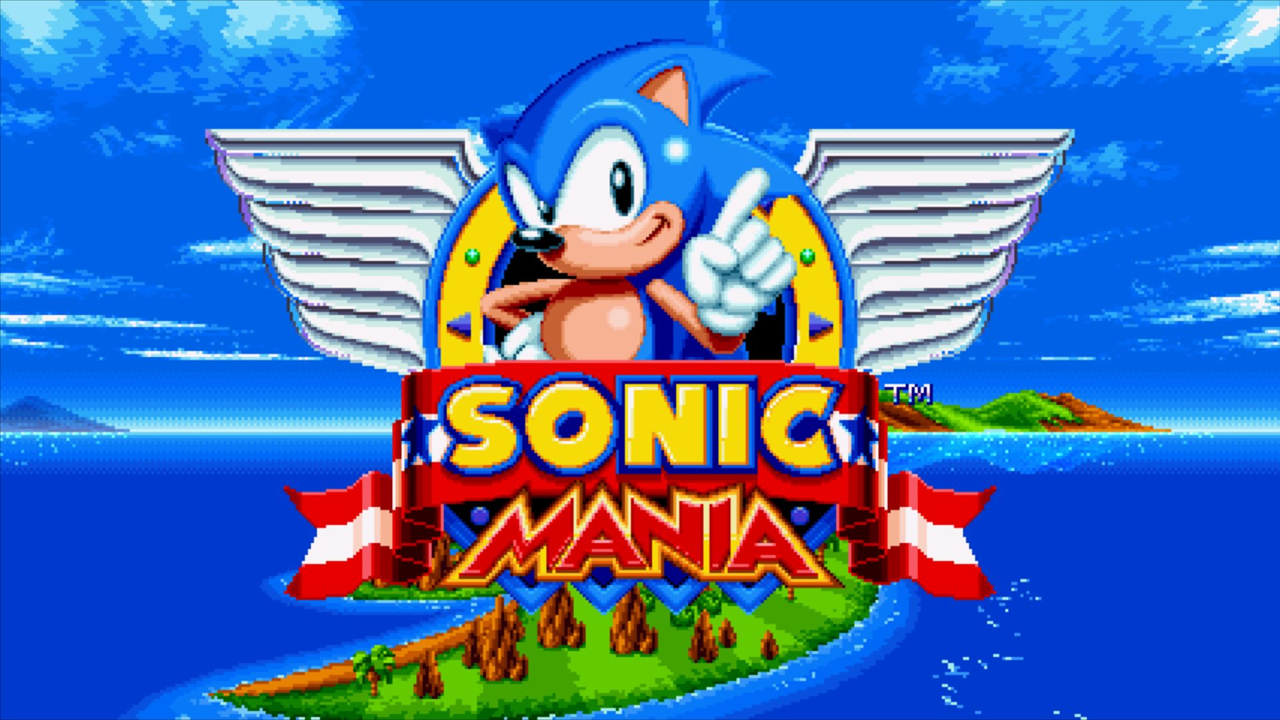 Sonic Mania was the surprise hit, not only of the year, not even the decade, but the surprise hit of the century. That's because it's the first great Sonic Game to come out this century. Sadly, there hadn't been any great Sonic games in the last 17 years. That's not to say Sega hadn't been trying. There'd been more than plenty of average and below-average attempts. But it wasn't until they allowed Christian Whitehead, an enthusiastic Sonic fan who had previously created the excellent 2011 HD port of Sonic CD, to help design a worthy tribute to Sonic's acclaimed 2D days, that Sega was finally able to recapture the magic. If you were ever a fan of Sonic the Hedgehog, or great 2D platformers in general, this one is not to be missed. 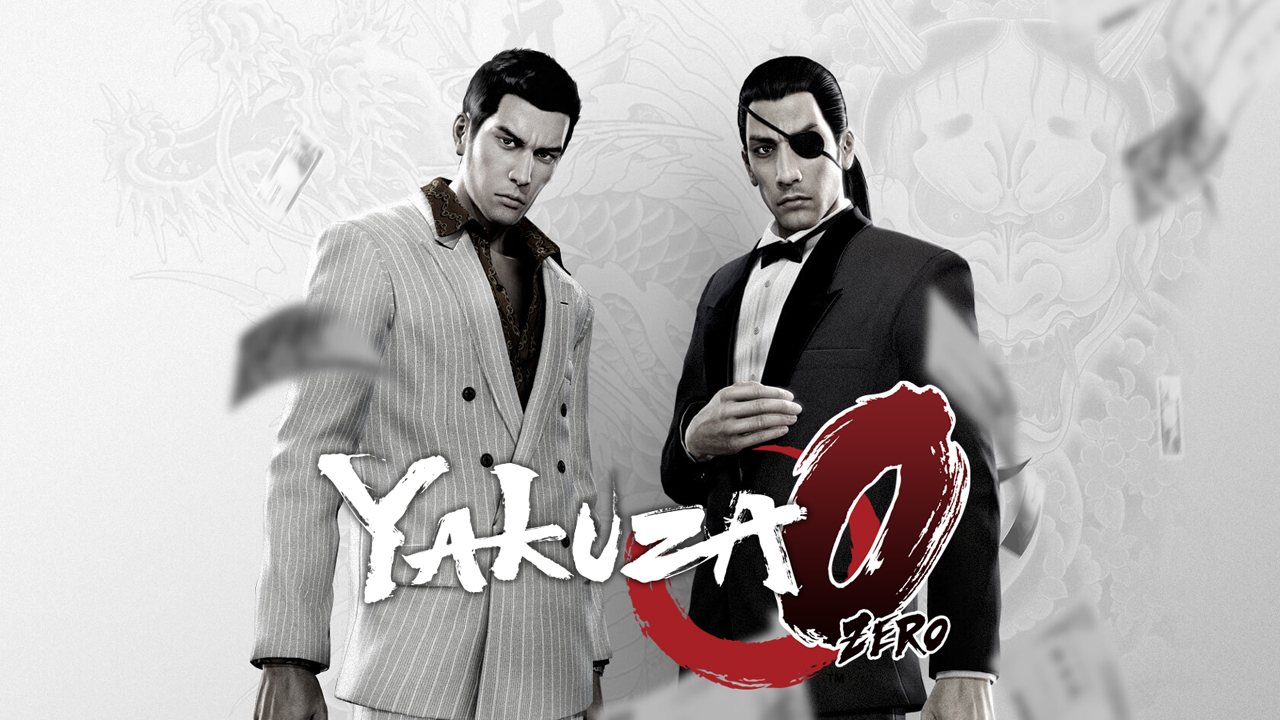 Although the PlayStation 3 was pretty much done by 2015, one exclusive for the system turned out to be one of the best games for any system that year, Yakuza 5. That shouldn't seem surprising, given that nearly every entry in Sega's long-running series is a well-crafted, action-packed, and culture-rich (not to mention thoroughly entertaining) crime story. Like Yakuza 5, Yakuza 0 is no exception. Set as a series prequel (hence the zero), Yakuza 0 gives you a pretty fantastic 1980's Japan to play around in. The game features an amazing story, improved visuals (courtesy of the series finally moving to PlayStation 4), a number of delightful diversions (including minigame multiplayer, and four playable classic '80s arcade games), and enough compelling gameplay to keep a person occupied for a good long while. What more could you ask for? 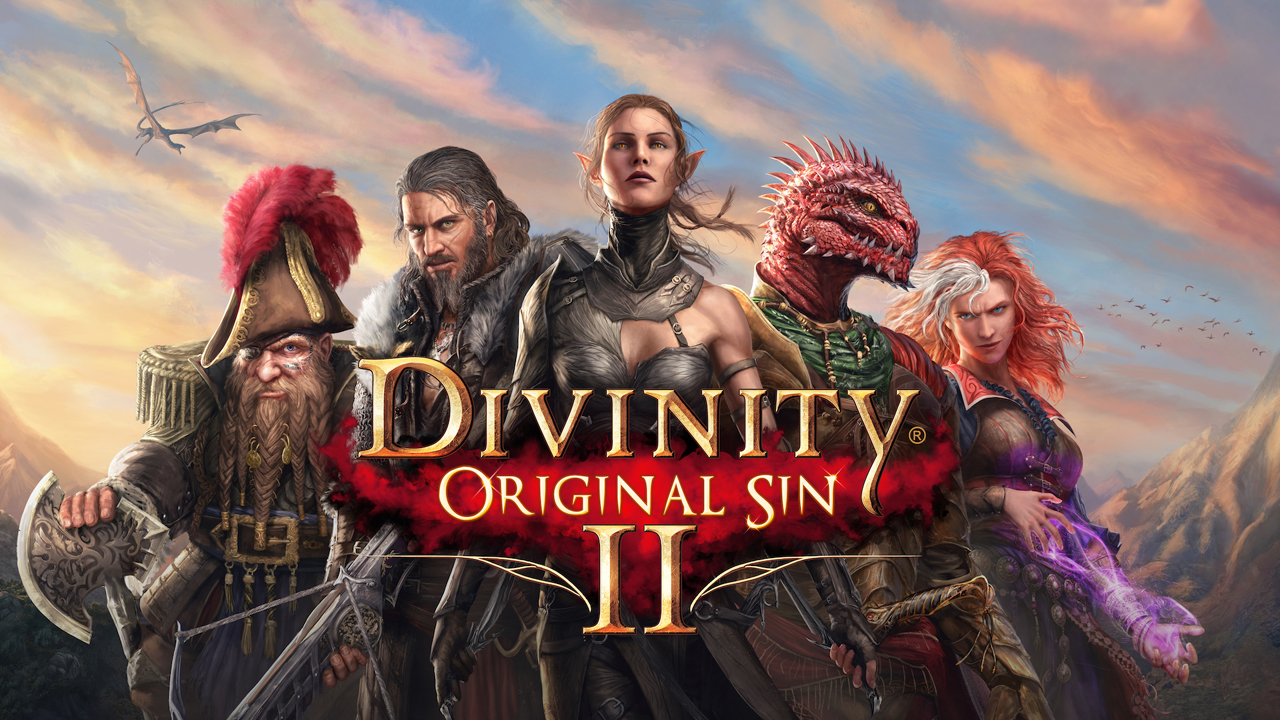 In 2014, Belgian developer Larian Studios released the fifth entry in their then 12-year-old Divinity series. A series that, up to that point, had not been able to garner them much success or acclaim. So they decided to make some changes for their next title. After having dabbled with third-person mechanics for their latter two games, Larian decided to return to their isometric roots for Divinity: Original Sin. They also ditched the action-oriented gameplay in favor of a more traditional turn-based style. To compensate for the old-school feel, Larian added lots of modern features to the game and polished everything to a brilliant shine. The final product was an instant success, and, along with an enhanced re-release a year later, was extremely well-received by fans and critics alike.

In 2017, Larian leveraged the experience they had gained to enchant their fans for a second turn. By taking everything that had made Original Sin a hit and refining it further, with additional features, expanded multiplayer options, and still more polish, Larian was able to craft an even better follow-up. Divinity: Original Sin II is the kind of game that will suck you in and keep you playing it for months on end. It may have taken them a while to find their rhythm, but it's clear that Larian has the right formula now, and with it they have ably succeeded in claiming the crown for best game of 2017.

I hope you enjoyed reading about some of my favorite games from 2017. I also hope that you will take the time to experience some of them for yourselves and see if you don't agree. As always, feel free to share your thoughts and/or your own picks in the comments below.