Well, it may have started a long time ago, in this very same galaxy that we are in, but the final episode of the epic, 42-years-in-the-making, Star Wars nonology finally releases today. To celebrate this historic occasion in popular culture, I've decided to take a look back at a handful of games that have made the jump from that universe since then. While there are dozens of releases I could consider from the past four decades, I've decided to narrow it down to just a few that I have particularly enjoyed and/or played the most over that time frame. So, without further ado, I humbly present to you, 6 of my very favorite Star Wars games. 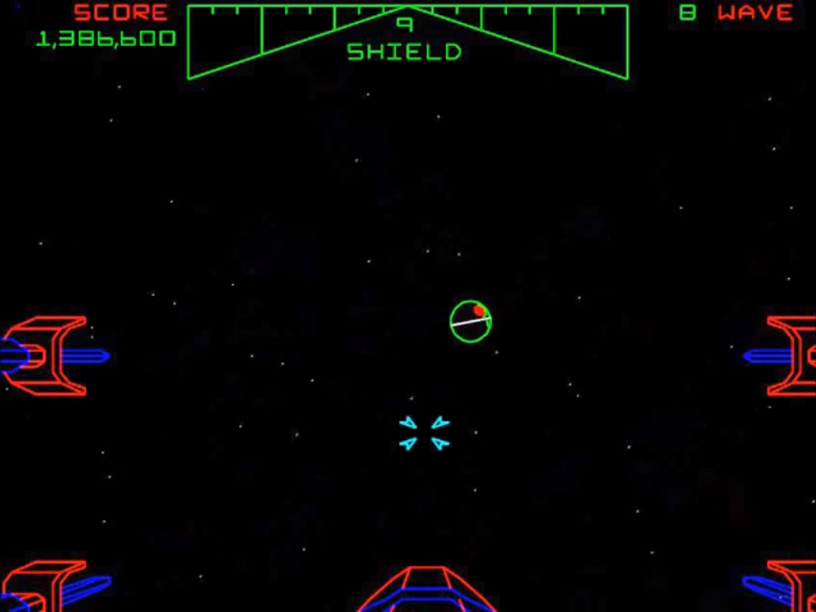 First on the list is one of the first Star Wars games ever made. Releasing to much acclaim in the arcades of the day, the simply named, Star Wars was also quickly ported to Atari's household console, the Video Computer System, AKA VCS, AKA 2600. It was this version that I became most familiar with as by the time I was old enough to frequent arcades, the original Star Wars had long since been supplanted by more modern fare. I still have the cartridge to this day, being that it was one of my favorites.

It's little wonder why Star Wars was such a hit. The vector graphics, did a pretty remarkable job of capturing the look and feel of the entire end battle from the first film, letting you dogfight Imperial TIE fighters in a Rebel Alliance X-wing starfighter, before taking out gun turrets on the Death Star, and ultimately navigating the surface trench to the exhaust port and firing your proton torpedoes in order to trigger the space station's destruction. The arcade version even featured digitized voices from the movie. It was quite unlike most other games at the time and was probably the best movie licensed game that had ever been released to that point. 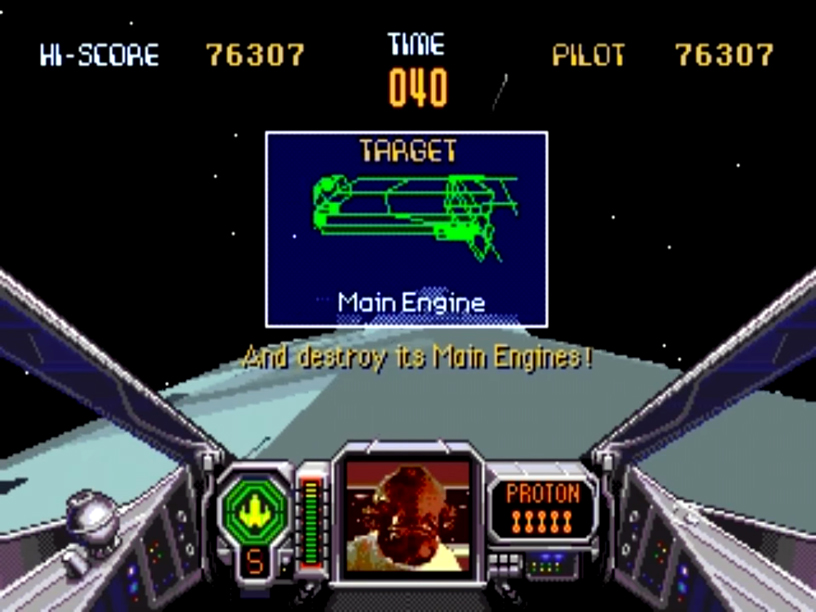 1993's Star Wars Arcade was basically an enhanced remake of the 1983 Star Wars arcade game. Like the original, it too first appeared in the arcades and was quickly ported to the home console, this time around via the Sega Genesis 32X. ​Again, you piloted a Rebel starfighter, whilst taking out TIE Fighters and gun turrets, and running the Death Star trench. And again, you would also hear familiar voices from the films (though this time they would appear on your cockpit monitor as well). But Sega's version boasted new features as well, such as the option to also pilot a Rebel Alliance Y-wing, an additional assault mission on a Super Star Destroyer, as well as the ability to play co-op with one person doing the flying and the second player manning the guns; not to mention the vastly improved polygonal graphics.

While Star Wars Arcade did come out at the height of my arcading days, it wasn't a very common machine to see. So, like the 1983 release, my familiarity with it was pretty much exclusive to the home version. It was actually the main reason I got a 32X. And despite the fact that the system was widely regarded as a failure, between the few great titles it did have like Virtua Racing Deluxe, Virtua Fighter, and of course, Star Wars Arcade, on the whole I'd say I was pretty pleased with the purchase. 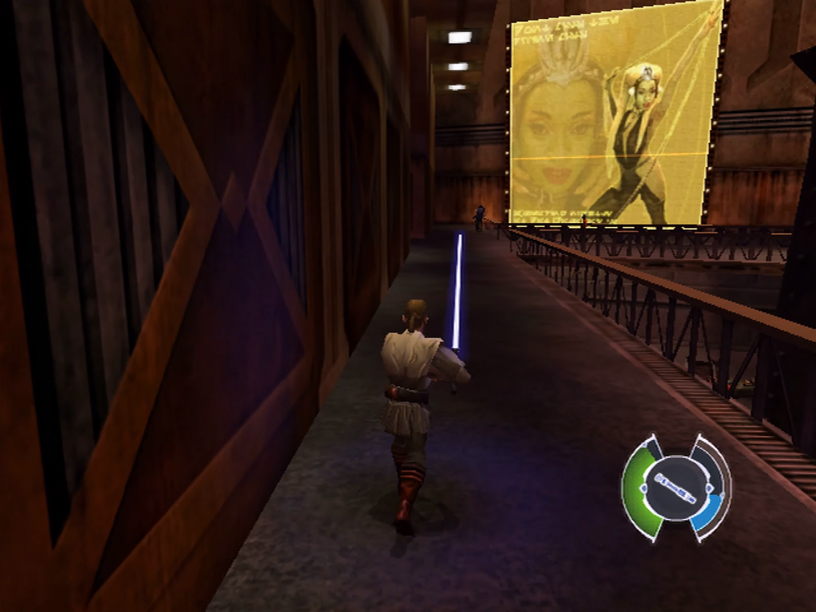 As an early adopter of Microsoft's debut Xbox console in 2001, I was on the hunt for great gaming experiences to help justify (and solidify) it's place under my TV. While I would fairly quickly find those experiences in fantastic games like Dead or Alive 3 and Halo: Combat Evolved, Star Wars: Obi-Wan didn't exactly hurt either. It's true that not everybody felt that way about the title. But for me, personally, I found Star Wars: Obi-Wan to be an entertainingly adventurous lightsaber-action-filled retelling of the events surrounding The Phantom Menace; which actually helped me to appreciate the film a little bit more (though not having as much Jar Jar in it undoubtedly helped). The two-player optional Jedi Battle mode with unlockable Jedi Council characters was also a nice bonus that extended the replayability of the game. 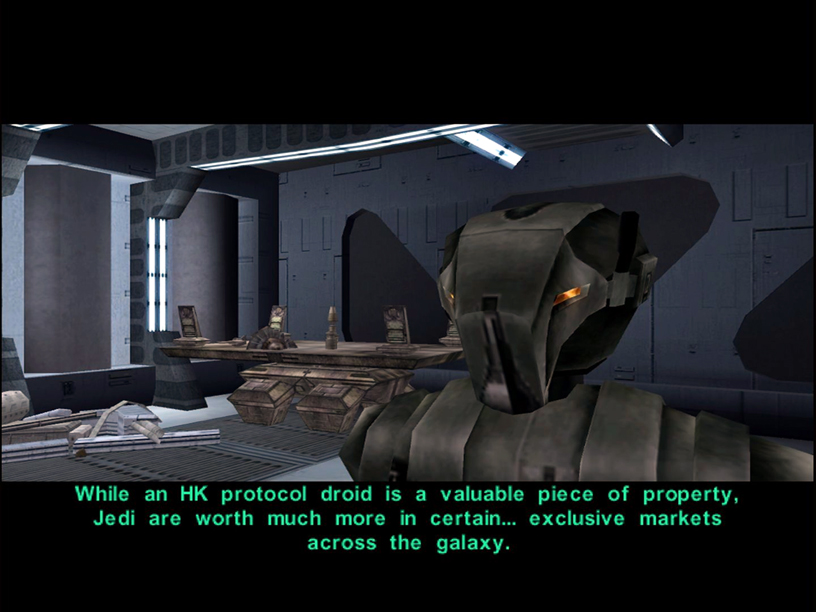 By late 2004, Microsoft's Xbox had already pretty well established itself in the gaming world with several very solid titles, such as Crimson Skies, not one, but two insanely popular Halo games, and Star Wars: Knights of the Old Republic. In December of that year, they added yet another with Star Wars: Knights of the Old Republic II - The Sith Lords. Whereas the first KotOR turned out to be a pretty excellent Star Wars game in its own right, KotOR II managed to be even better. Obsidian's knack for writing and unparalleled creativity definitely managed to elevate the second entry head and shoulders above its predecessor. And though KotOR II may not have been without a few flaws, they certainly weren't enough to outweigh the things that the game did right. Not in my opinion, anyway.

Even though SoulCalibur IV isn't technically a Star Wars game at all, it still offers enough reason for me to include it on this list. Specifically, the fact that it took two of the most important characters from the original trilogy (one for each console, with the other made available as DLC), plus a third, in the form of the main character from the Star Wars: The Force Unleashed storyline, and dropped them all into one of the greatest fighting game series of all time. As if that wasn't enough, they also threw in a handful of Star Wars-themed stages in which to do battle...to really get your Star Wars on.

Out of all the vast number of Star Wars games that have been released over the year, the one thing fans have never gotten was a truly great fighting game. And while it probably would have been preferable for (Bandai) Namco to give us a full, dedicated Star Wars fighting game, rather than a simple guest appearance in another game, it's hard to be too disappointed by what we did get. It was a pretty stellar addition to an already fantastic fighting game, after all. 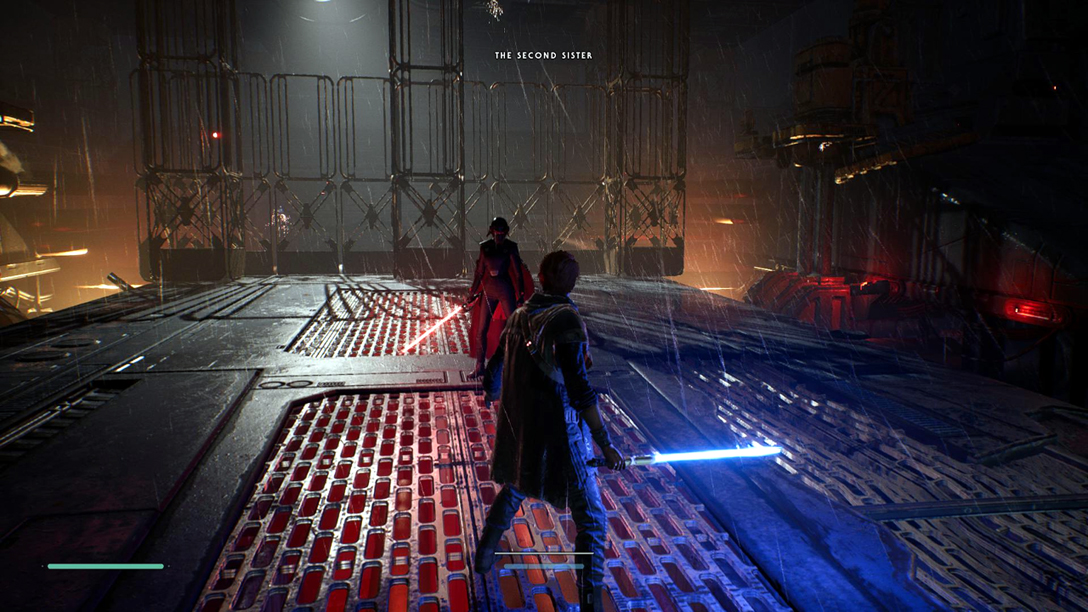 Ever since EA got a hold of the Star Wars license, fans have been understandably skeptical about whether or not it would ever actually result in anything worth getting excited about. I mean, before a few months ago, all they had to show for it were two arguably lackluster Battlefront remakes, and one regrettably cancelled Amy Hennig project. But thankfully, EA decided to do something cool for a change and let the talented creators at Respawn Entertainment take a crack at the license. And Respawn didn't disappoint. Star Wars: Jedi - Fallen Order may just be the best Jedi action adventure game yet. The characters, the attention to detail, the stylish action, and the beautiful visuals all come together to create a satisfying Star Wars experience that no fan should miss. I'm certainly glad I didn't.

So that does it for my 6 favorite Star Wars games list. I hope you found some common ground or, if not, at least are able to appreciate a different point of view. Feel free to share your own favorites below. Now I just need to go see the new movie. May the Force (and great games) be with you...always.