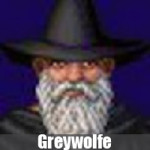 But humour me!  I’ll walk you through what I was thinking when I picked these four games and then you can feel free to play along in the comments section below.

The Way The Game Works:

It’s pretty simple.  Someone in your followers list Tweets their four favourite games and then nominates you to do the same.  Once you’re nominated, you can find in-game screens or box shots and post those to let everyone else know what your favourite games are.  In the Twitter version, there’s a hash-tag that goes along with this – the one I mentioned in the title of the article, so everyone’s posts get aggregated and tagged with that specific descriptor.  It’s actually interesting going through the tag and seeing what people pick.  Some of it is outlandish.  Some of it is cool.  Some of it is just plain baffling.  But it’s fun.

Pictures are probably worth a thousand words, so I’ll let this one speak for itself:

My Actual Choices In Chronological Order:

King's Quest I:  Quest For The Crown

This was a game that came along in 1983.  I’d played a lot of other games before it and had even dabbled in Infocom’s text adventures, [that’s what we used to call Interactive Fiction back then] but none of these games seriously clicked with me.  Either the games were shallow and you were up against a scoreboard, or they were completely games that were aloof from you and you could find no real way in.

While I loved the idea of the Infocom games, I continually felt kind of “left out” of them – for want of a better word.  They were all about being obtuse and difficult for no good reason.  In Bureaucracy, for example, part of the design of the game involved a maths puzzle that defined how you would traverse a maze.  And it wasn’t always obvious how you’d know it was a maths puzzle, either.

So, when King’s Quest I came along – and had graphics and was basically an interactive text adventure, I jumped right aboard.  I chose King’s Quest I specifically because it was the first real computer game experience that I bonded with on a meaningful level.

If King’s Quest I was all about me finally connecting with the world of adventure games, [and video games in general] then The Dig was all about gaming as an intellectual and emotional experience.  The Dig is a sublime, slow, gentle game that takes it’s sweet time telling you an intellectual tale that – long after the game is through – you will be thinking about.

While The Dig wasn’t the best game out there, it did illustrate one point to me:  games could have intense, intellectual ideas at their core – and these intellectual ideas could have emotional repercussions, too.  Twenty years after The Dig came out, I’m still sorting through some of the ramifications of the story it told and I’m still interested in some of the ideas that the writers were sharing.

This is the odd duck out of all of my picks, because I wanted to highlight something in particular, here:  while the previous game worlds were fantastic – and while they got me thinking about games on an intellectual level – a feat very few other articles of media had ever even bothered with, here was a game that I could just fall into.  This particular experience was all about immersion on a pretty grand scale.

For a very long time, World of Warcraft became a kind of all-consuming passion.  A place to go where I could just let my hair down, explore the beautiful world Blizzard had put together and just be.  Allowing myself the space and freedom to be able to do anything I wanted at – generally – any time I wanted.

Granted, there were problems with World of Warcraft, [most notably:  in the end, I didn’t see eye-to-eye with the tonal shift of the writing in that game] but it is easily the most polished MMORPG I am ever likely going to play.

That world entirely sucked me in for just about five years.

As I’ve gotten older, I’ve become more wistful – I like my gaming to have as few guns as possible.  I also am not especially crazy about the angst-y direction most JPRG’s go in for.  Likewise, I’m not too into the whole notion of sex selling a game, either.  I like my game writing best when it’s thoughtful and slow – when it takes the time to explore issues that are all over the map.

I’m getting to the point, now, where I feel like I want there to be some kind of emotional overlap in my games.  And not just anger.  Or that feeling of “revenge at all costs” – and certainly not the emotional emptiness that seems so prevalent in shooters when I mow down a collection of people for no good reason.

I want there to be emotional depth to the games I play.  And To The Moon is filled with emotional depth.  Often of the sad sort, of course, but it is a wonderful little story that I will treasure for the rest of my days.

What are your four favourite games?  Do you have any sort of reason for them?  Do you believe that those four games will be the defining four games that you stand by for the rest of your life?

I’m very curious to hear your take on this subject.  :)

Pictures scoured from internet websites that had game boxes.