Rico's back everyone! He's blowing stuff up for justice!

Did you guys ever play Just Cause? Just Cause 2? Well this is those games but with a "3" at the end. Join me now for my first impression of the first couple of hours of Just Cause 3. 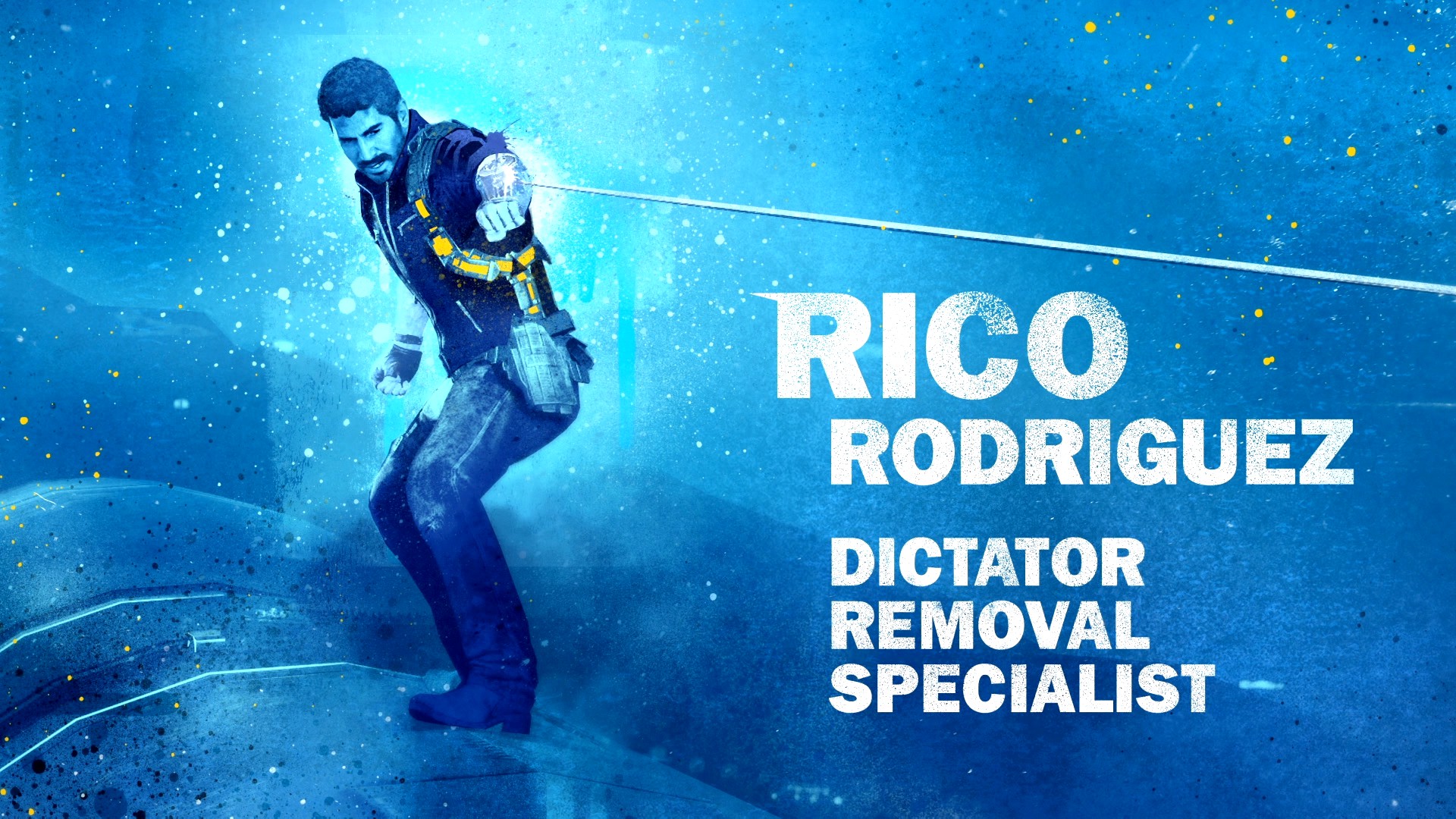 So the first thing I noticed when I loaded up for the first time is holy shit these load screens are long. Like, there was a point when I first started the game that I thought it had locked up before the menu options even loaded. So I got up to get some coffee, cos yeah I play games in the morning, and when I got back the screen said "Performing online login"; oh good, login DRM. Aaaanywho, the menu finally loaded and I checked all my options, and set things the way I wanted them. By the way, make sure you guys do this because it won't set a native screen display for you. Other than that the menu auto detects your system specs. Then I loaded my new game and was greeted by some pretty cool cinematic intro stuff. 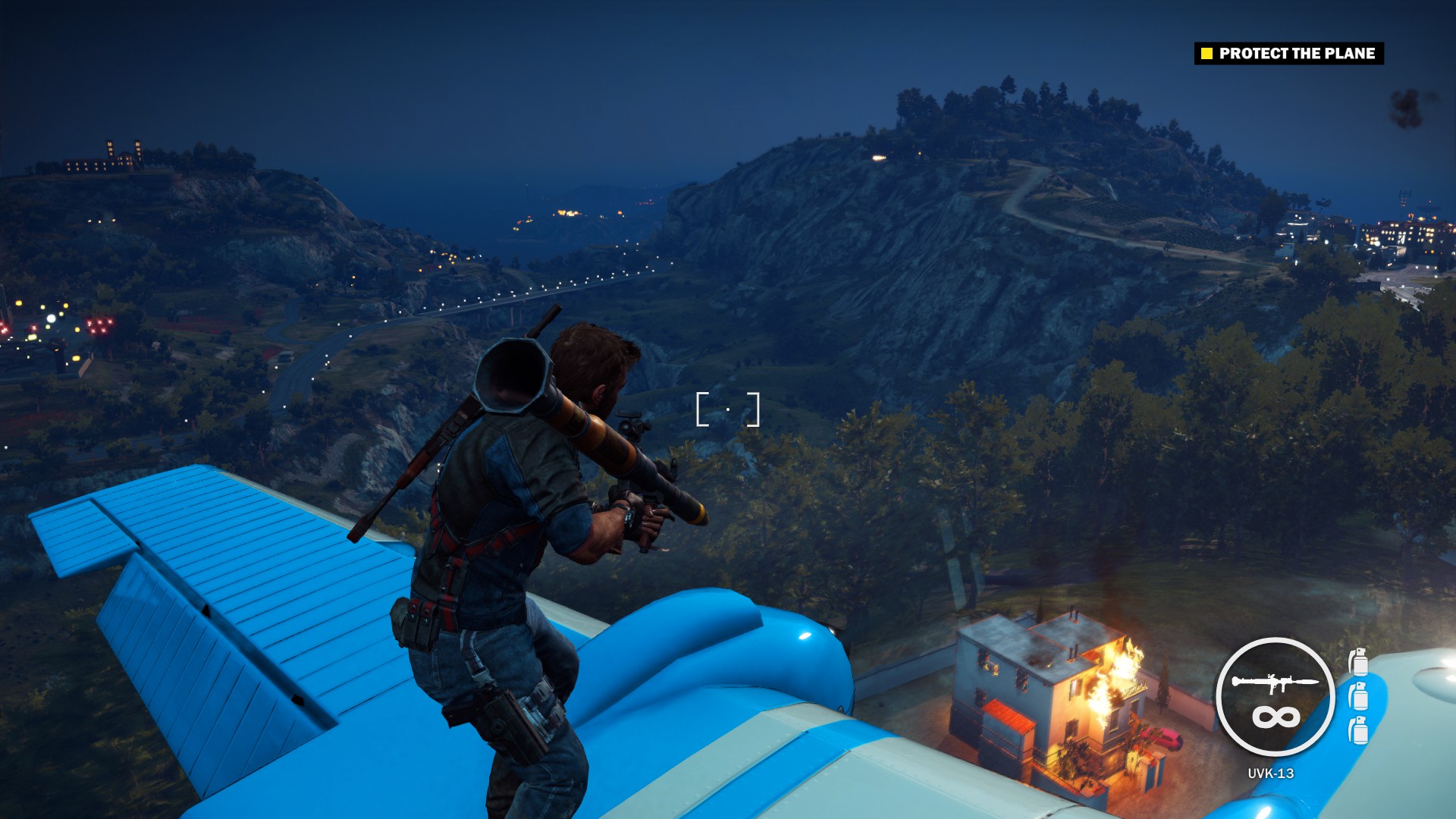 JC3 is of course an action game that is presented as an action movie from the very start. I liked that quite a bit honestly. No boring slow tutorial screen, you're just thrown in to the action with a few "press this button now to learn" type of things and before you know it you're blowing stuff up and laughing your head off. 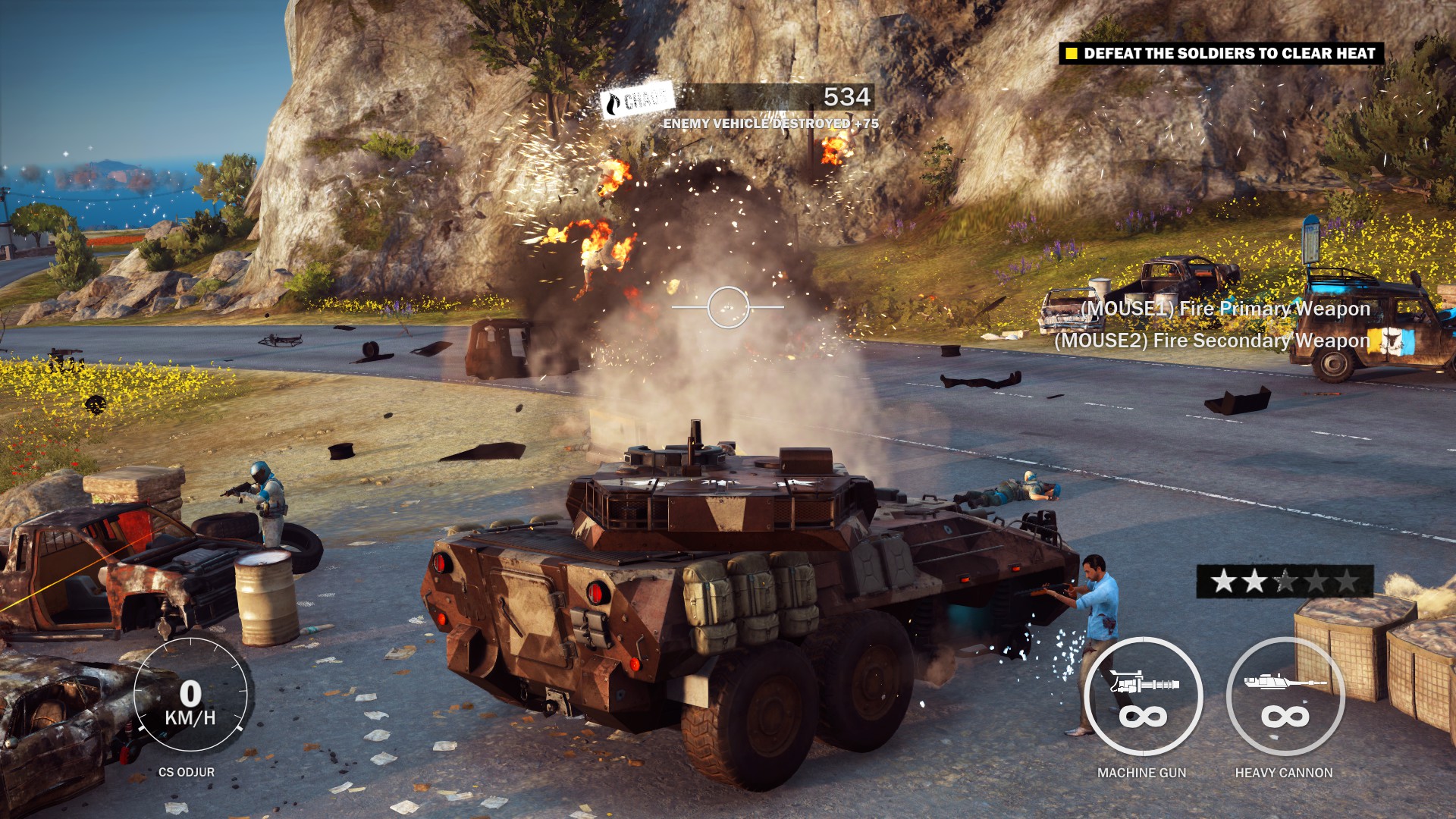 The biggest problem I had, and it was big folks, is that I recently updated my graphics drivers and that caused huge holes in the world. Well you know, the game world, not the actual world. Anyway turns out AMD didn't properly support JC3 in their latest driver suite so that was an issue that needed solving. Luckily the newest beta drivers over at AMD fixed that for me and most everyone with that problem. I happen to run an R9 280x, but not everyone with an AMD video card has this problem. According to various discussions about the subject, AMD is working with the JC3 teams to solve the issue with a full update soon. See the tearing of the world below. 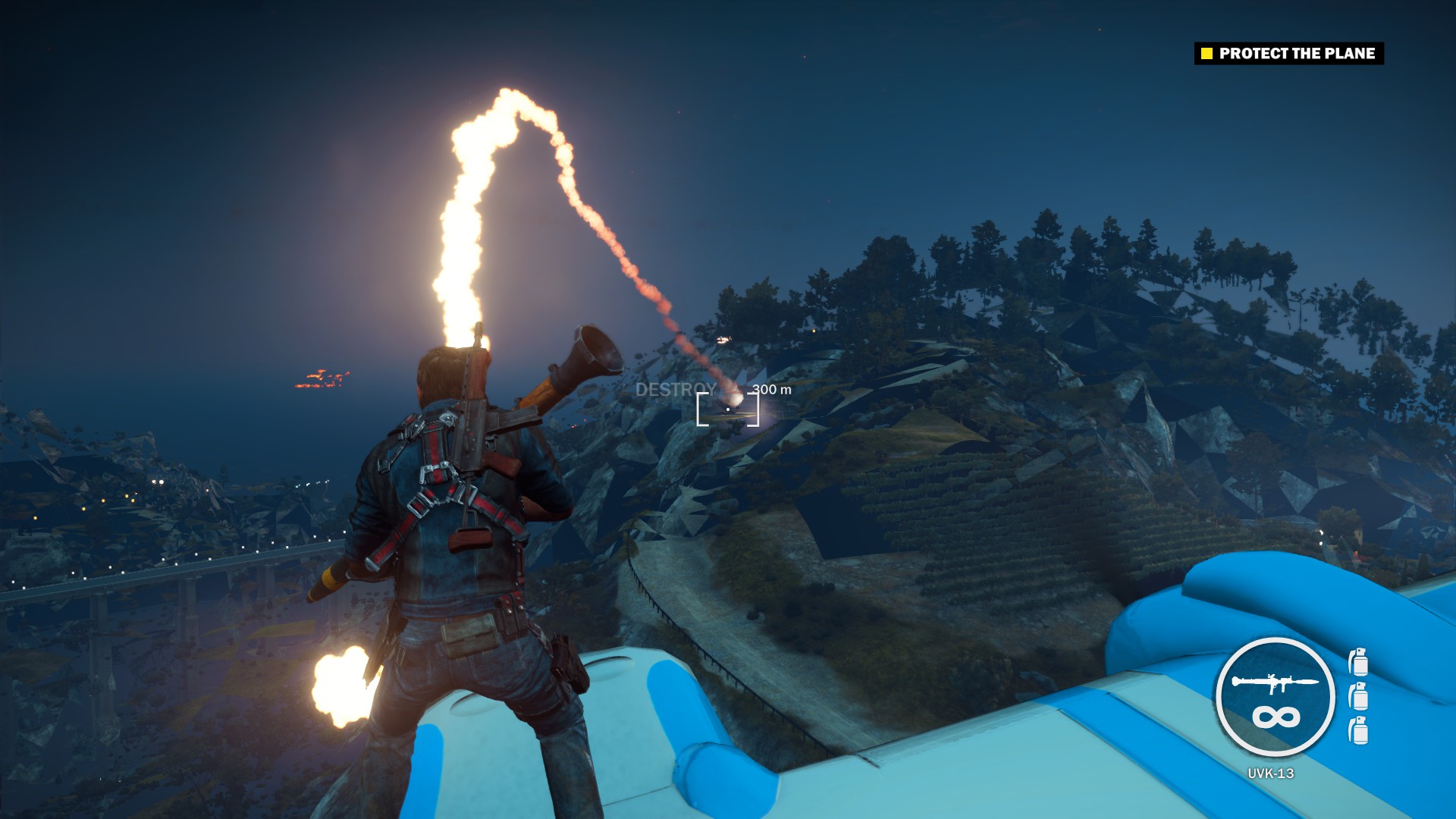 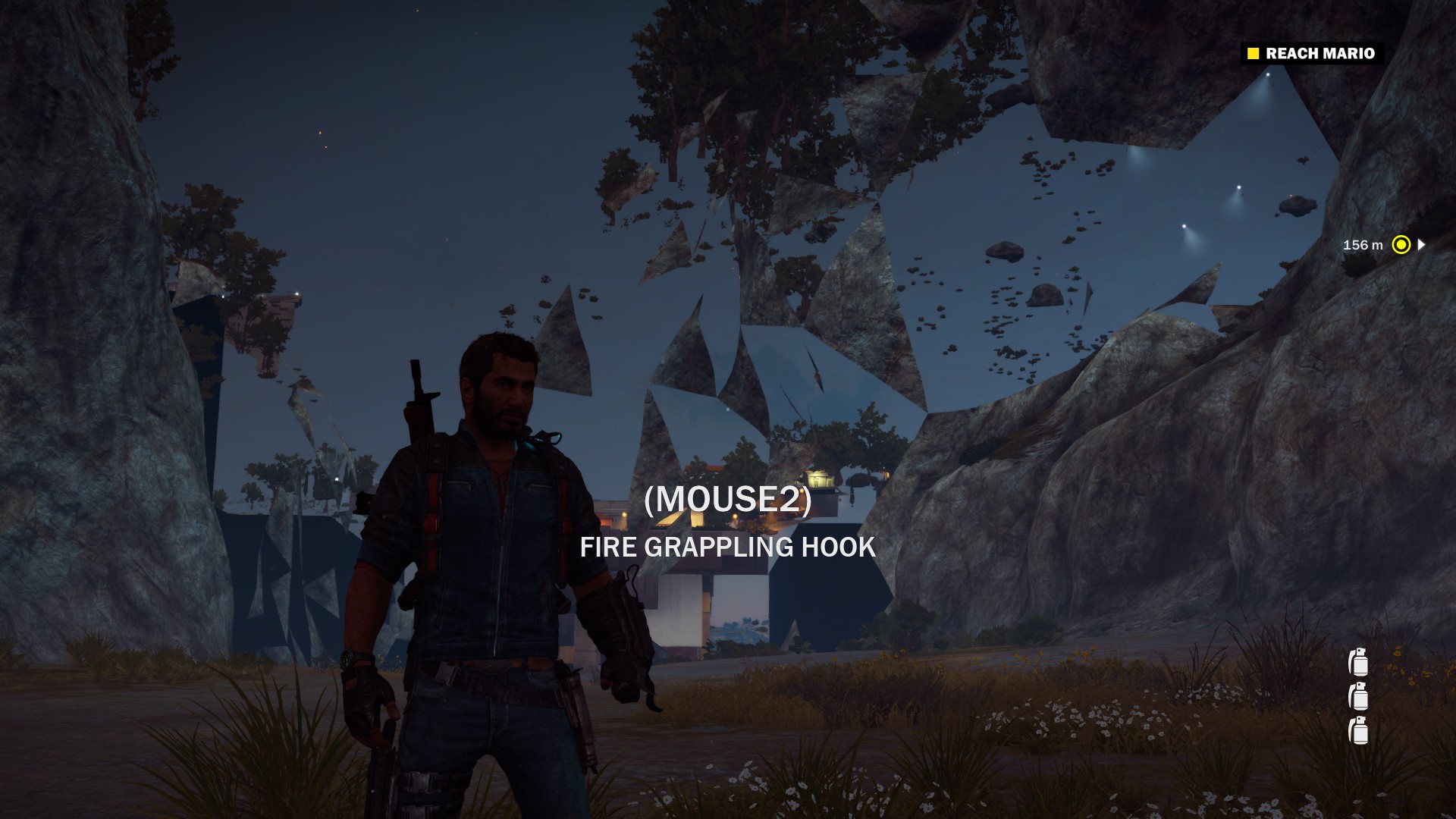 Ok, on to interesting stuff. Just Cause has always been about discreetly overthrowing a corrupt government by quietly marauding your way through an island nation secretly destroying everything as loudly as possible. Right so words like quiet and discreet aren't really in Rico's vocabulary but the point is, Just Cause 3 is still just about liberating the downtrodden from an oppressive ruler. And man it's fun! I just wish the game would let you have fun. To paraphrase Demetri Martin, Sometimes when I'm giving and example I don't use the phrase, for example, instead I use something such as, such as for example. So for example, one of the first missions is "get to the rebels" you are given something such as a helicopter to do that and you have about one minute to complete the objective. If you don't get there in one minute, you fail, a long load screen comes up and you start over. Ugh. It seems about every 45 seconds there's a new load screen leading to a cinematic that leads to another load screen then you can play again. This is pretty damn annoying.

You'll also be greeted by this ever so subtle mission complete screen when you're done with something. you know, in case you weren't sure. 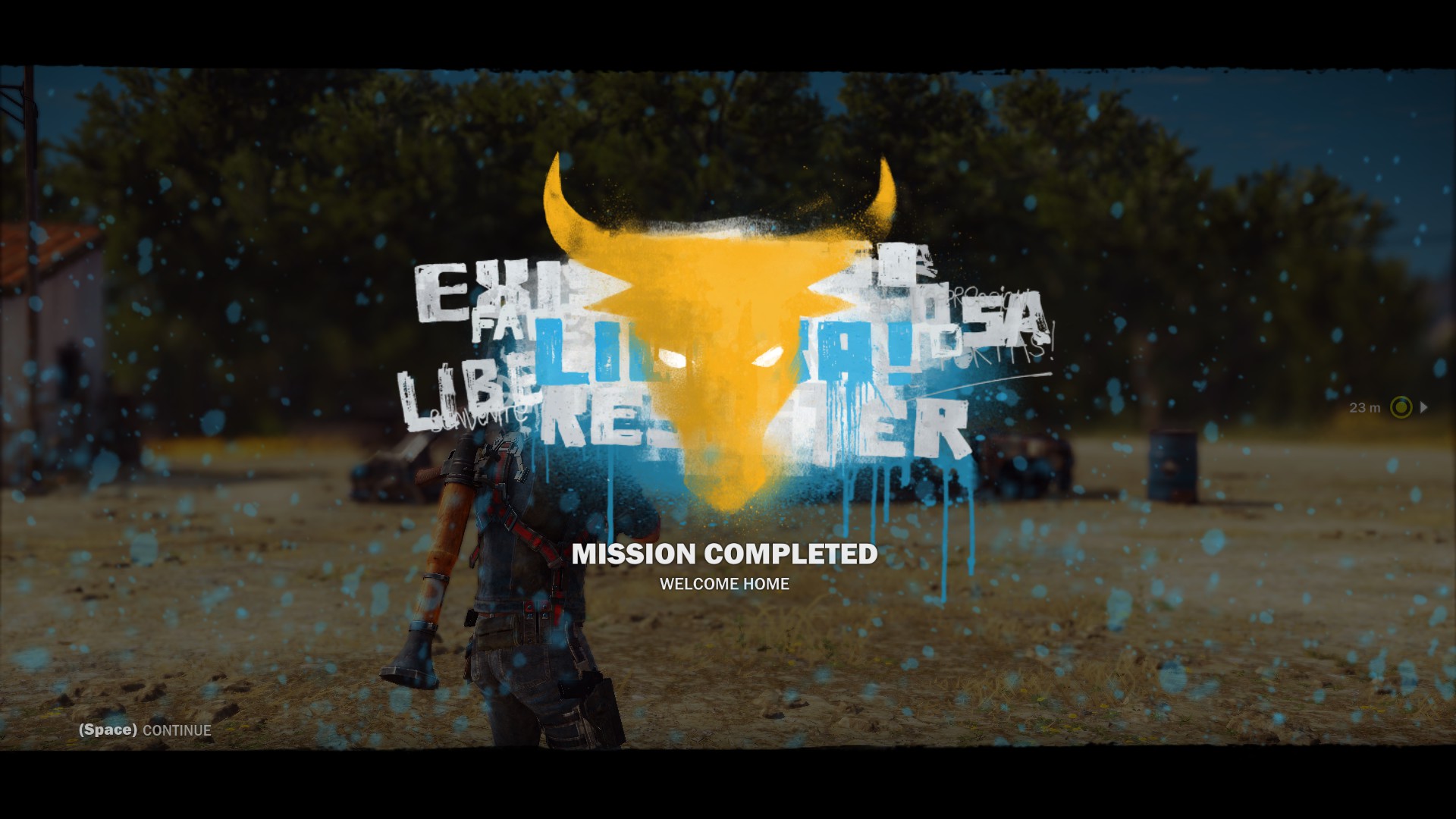 Hopefully such as in Just Cause 2, this will lessen and even fall away completely as you progress and missions become longer etc. Don't get me wrong this game is crazy from the get go, but there's a lot to contend with just to be allowed to actually play. Once the training is over with you'll have your freedom to explore and choose missions as you see fit. Oh and yeah, since you're playing online all the time there's some bullshit leaderboard nonsense to see too. 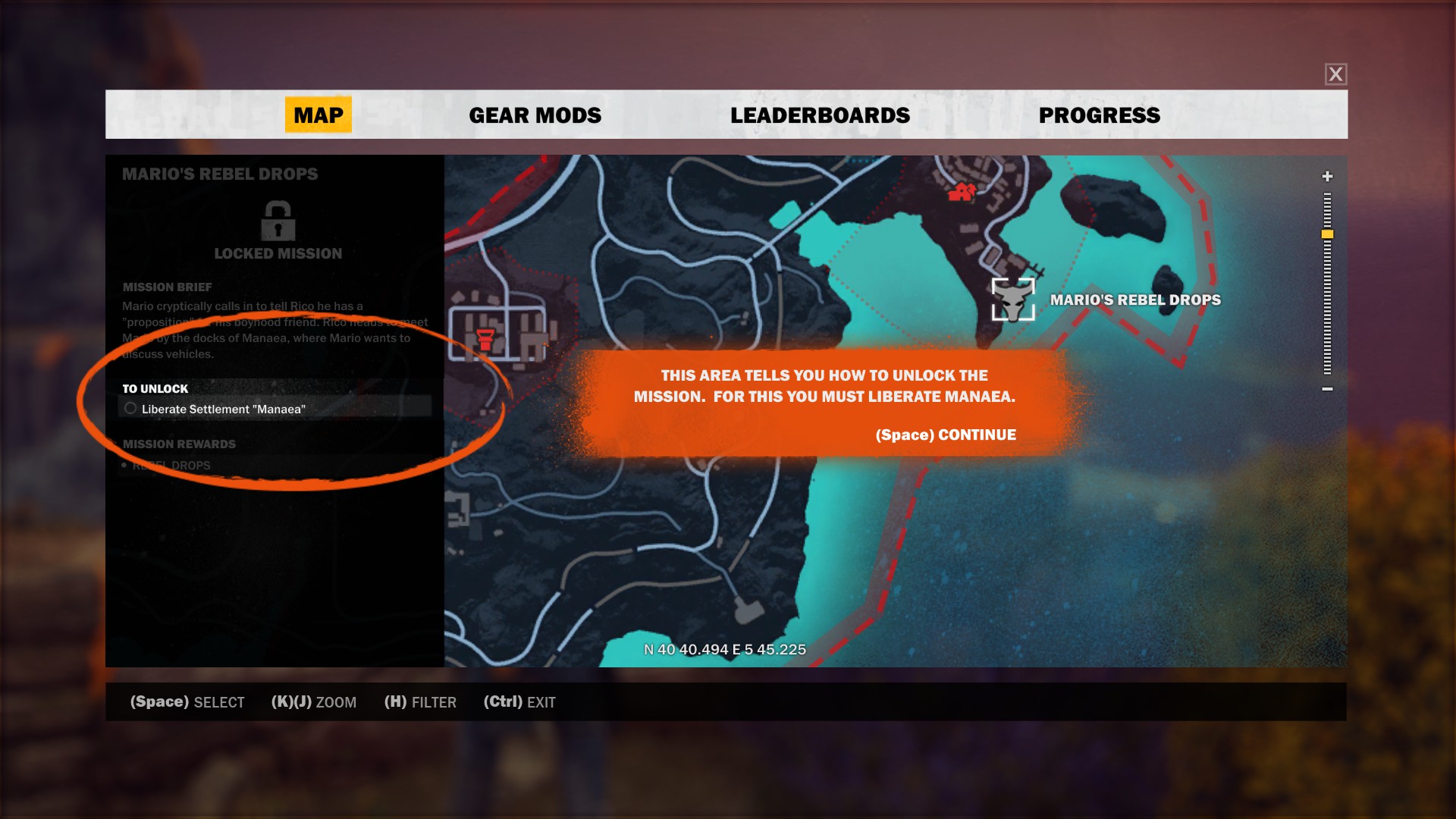 Vehicle control is a little lacking but really it's just something to get used to. Cars, turn really slow then suddenly dive one direction or another. Aircraft seem to handle better, but Ive only used a helicopter so far so I can't say much about that. 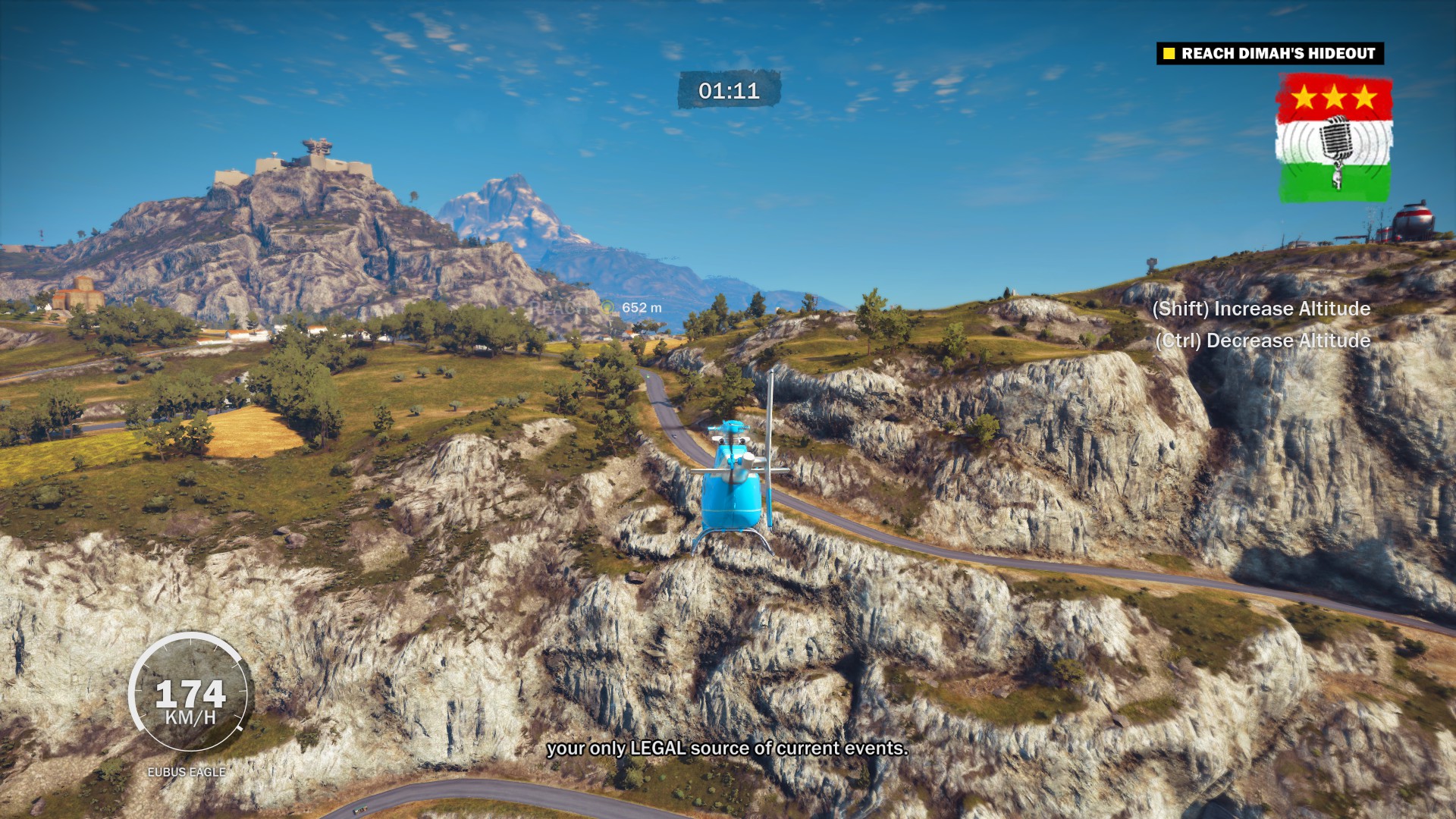 Graphically, this is a great looking and well optimised game. Textures are nice, especially the water. Character, world and object modeling looks great. Animations are fairly good as well, aside from spinning like a top when you turn your character around. Particle effects are of course epic because you can't have mass explosions without great particle effects. View distance is long even with options turned down, which is cool because it's important to be able to see a long ways out in these games. JC3 runs perfect on the highest settings with my now three year old system, so chances are good that it will run great on yours as well. Frame rate is sadly locked at 30fps, boo to that, But it feels smooth regardless. Hopefully Avalanche or Squeenix or whoever's in charge will unlock that later on. 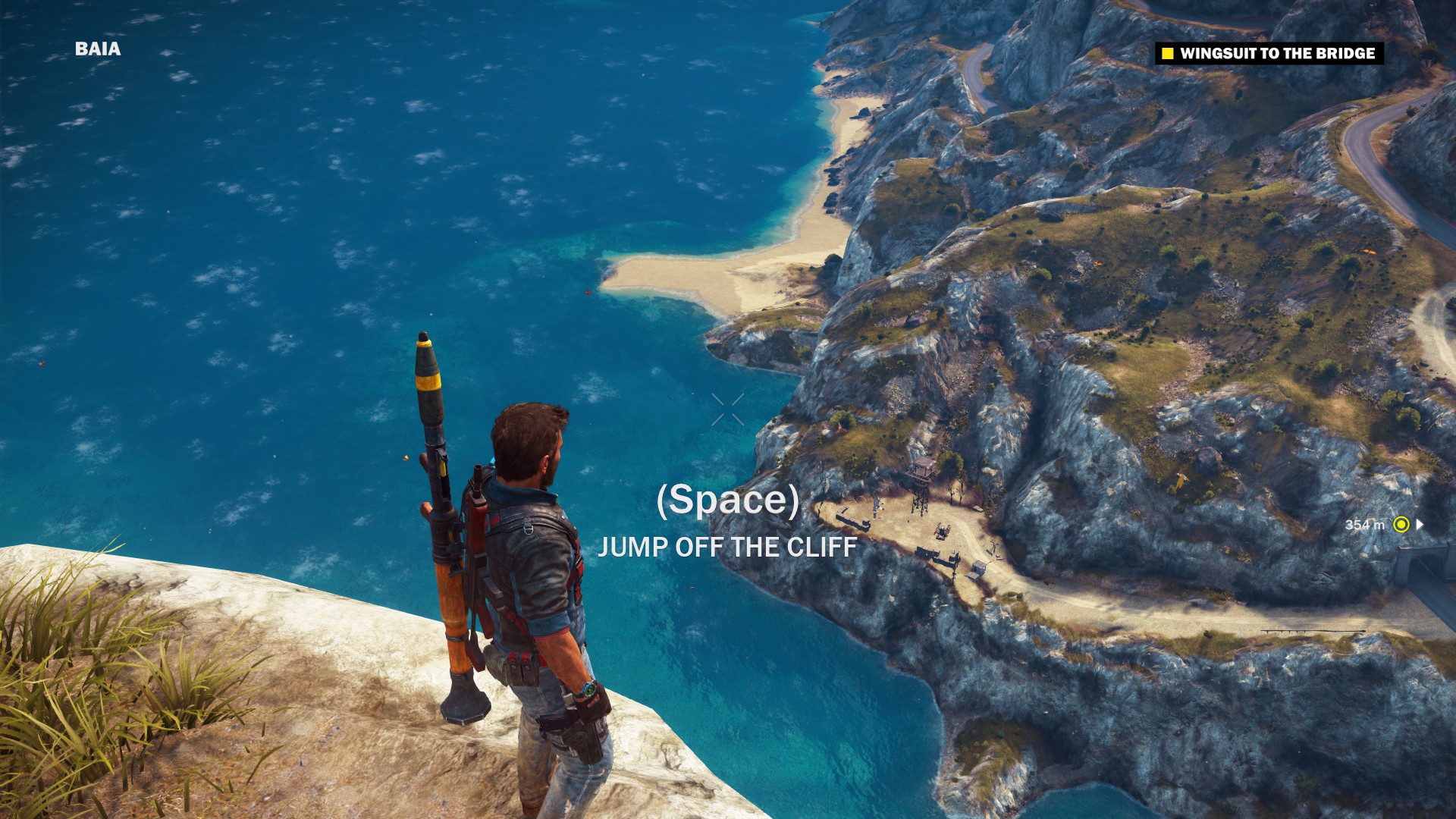 Anyway, I'm gonna conclude this because after all this is a first impression not a full review. So, long load screens and some general annoyances aside, I'll say that at least so far I would recommend Just Cause 3. It's the same as it's predecessors, but who cares? It's mindless arcade fun. This is a game about action and pure entertainment. This is a world where you can launch a grappling hook at a helicopter, throw the pilot out, get in and aim said chopper at a fuel station, jump out and open up a wing suit, fly to the ground and turn your back just in time to not look at the explosion! I love run on sentences.