Titanfall was not a bad game. It just lacked content and character. So let’s take a deeper look at what Respawn put out three years ago and what they most likely forgot to include in the game’s upcoming sequel. 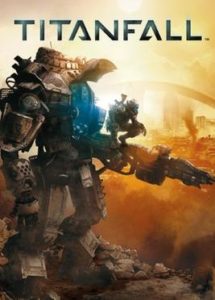 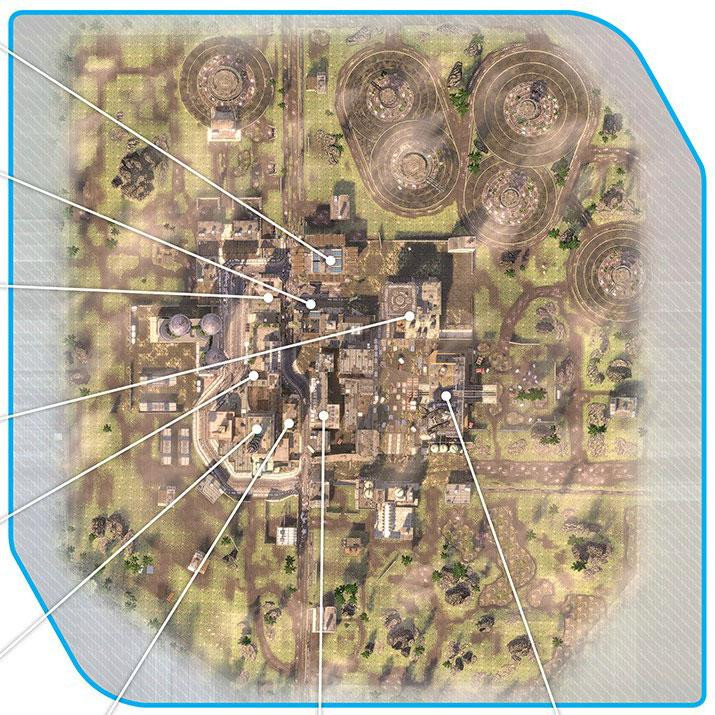 Titanfall came out as a lackluster game when it debuted on the scene in 2014. But it’s faults never resided with the fact that it was a multiplayer only game. In fact, it was a great multiplayer game. Its character controllers for its pilots and titans all felt unique and solid, while having some of the most well crafted levels I’ve seen in a first person shooter. The core gameplay loop of always feeling like you got the upper hand over an enemy even when you lose was different and well executed. Yet people were quick to look at the game's content shortcomings and blame it on not having a good single player campaign. It did have a multiplayer campaign that felt more or less like a boring excuse to tick a box. Where it really lacked in content was  the number of launch day maps available as well as support for its more unique game modes. But of course Titanfall's biggest drawback, and what will surely be the sequel’s as well, was how little character the game had.

It had been a few years since people were buying multiplayer only games. I’m hesitant to count TF2 since it was included in the Orange box. But that would still mean it had been at least  7 years since the last truly great multiplayer only FPS. It’s a relatively new concept to have a game be both a single and multiplayer game. It used to be one or the other. And I definitely prefer the days when developers only had to focus on either making a great single player title, or a great multiplayer title. But Franchises like Gears, COD, and Halo all made the average gamer expect to have both in one game. So when Titanfall put itself forward as a $60 multiplayer only title people became outraged because either they had gotten used to how fps games were sold to them, or were too young to remember games like Quake 3 or Unreal Tournament. 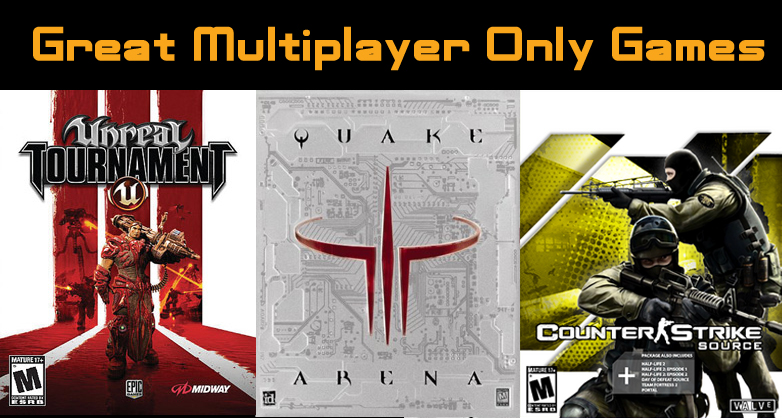 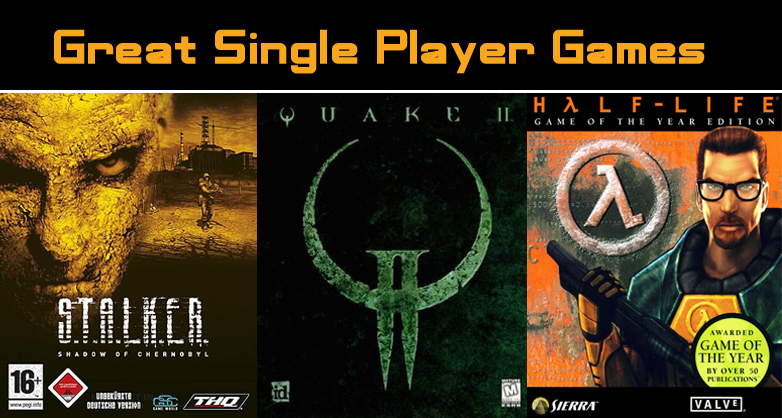 Characters are what matter now in multiplayer games. The MOBA genre really put the focus on heroes and various characters that are all unique, and now that popular character concept has made its way to Shooters. Be it Overwatch or Splatoon, giving your game character (or in the former's case a great cast of characters) is essential to building an audience and keeping them interested in your game. Evolve tried to do this, unfortunately its  characters felt flat and had little interaction between one another. Titanfall had virtually no character whatsoever. It’s incredible that I can still find a match among the other thousand people still playing the game for its great mechanics. 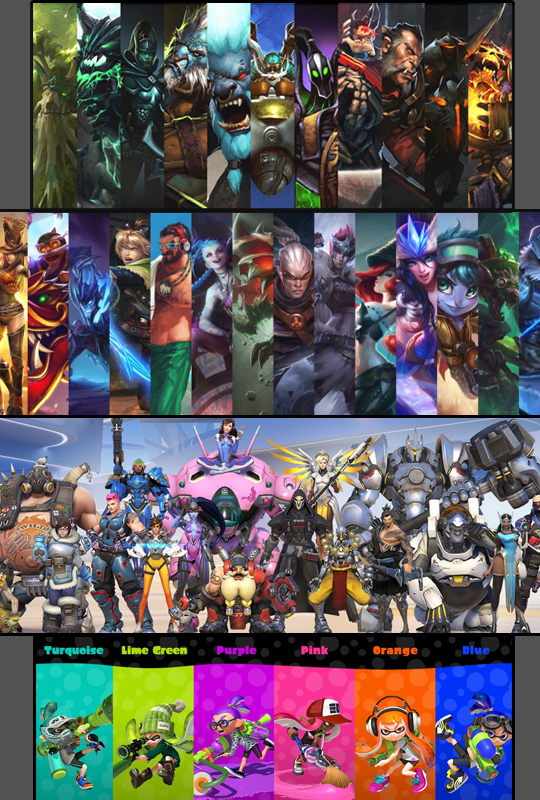 Soon we'll be getting a new Quake game that understands the importance of character, and I'm sure it will help the franchise reach wider audiences. Battleborn would be doing very well at this point had the game came out 6 months earlier. Their characters looked better than ones in other Gearbox titles, but trying to compete for the same release time as Overwatch certainly didn't help them stand out. Had we been given a fair amount of time to fall in love with Battleborn’s characters as people have Overwatch’s then I don't think the game would be so close to death. 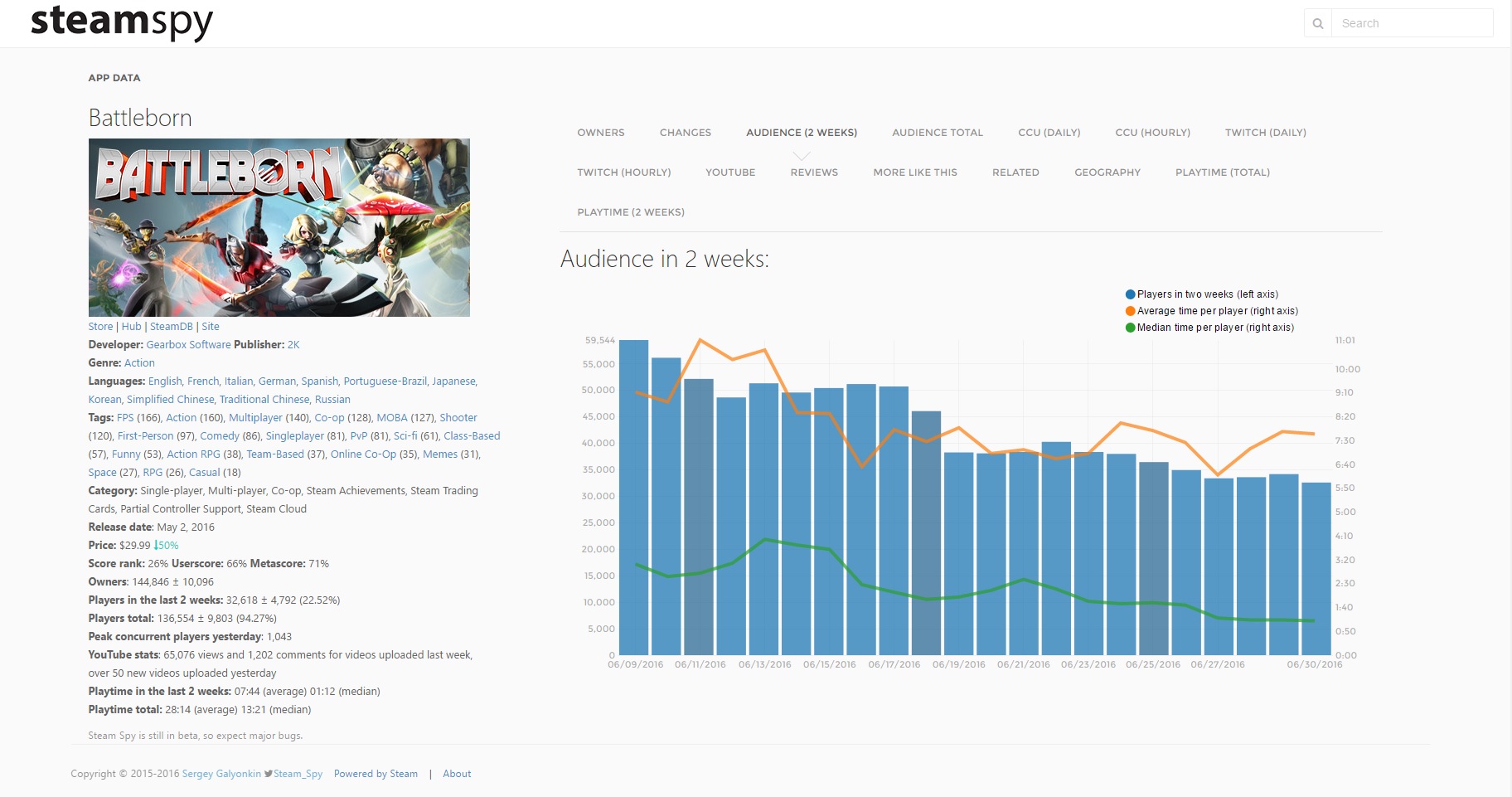 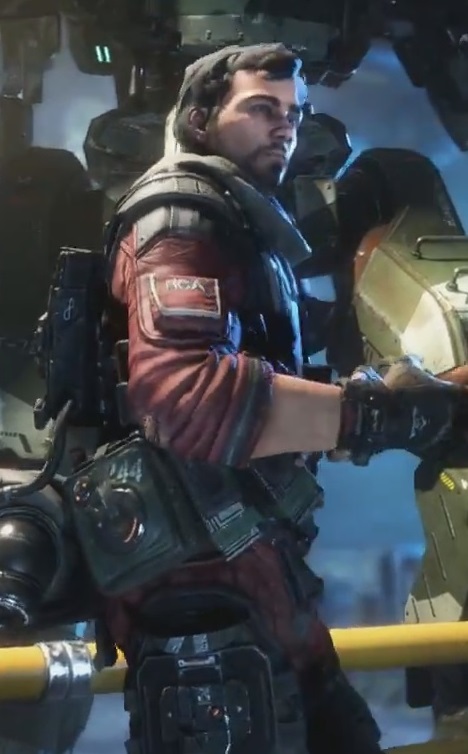 Titanfall on the other hand still has no character and a campaign will not help this matter. Even if this one guy on the left who has a face turns out to be a well written character, you won't be seeing him anywhere in multiplayer. And in single player he will clearly be wearing a mask, in addition to be hidden away inside a generic robot!!                             -.- 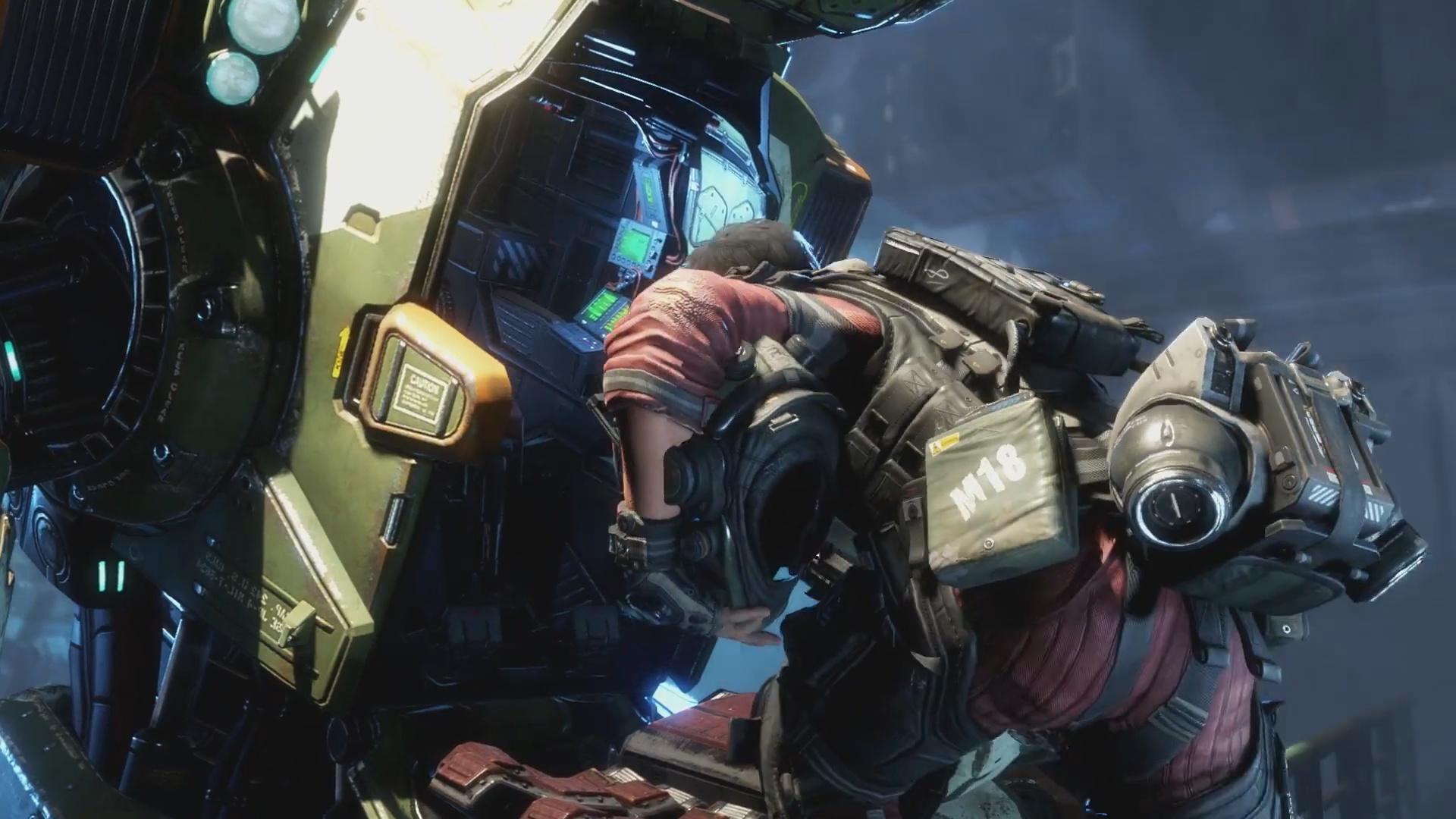 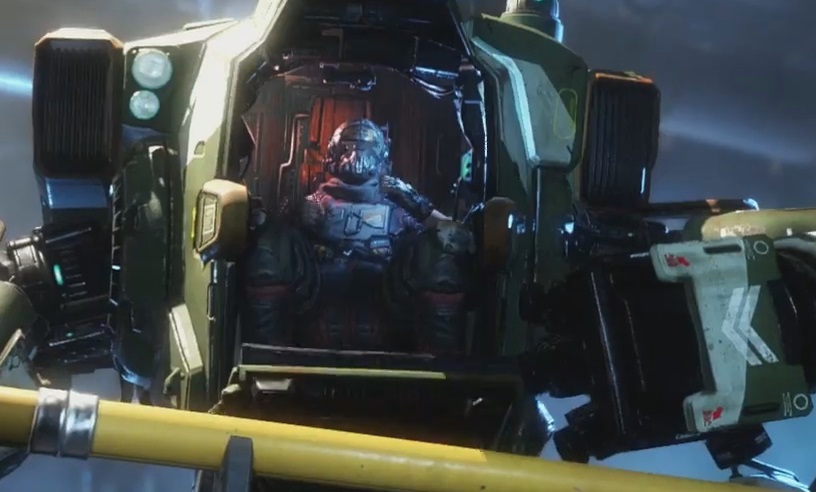 You won't be seeing any kind of unique character in the multiplayer. And no I'm not saying the game should be class based like Overwatch or Quake Champions, or change up how its systems from the first game worked anymore than they already have. I'm saying just inserting some kind of character or identity into the world and the people inhabiting it is what the game needs. It doesn’t even have to be a fully fleshed out world supported by tons of in game secrets, just something unique and simple to grok would do. Many people seem to think that its campaign will flesh that out, but you forget these are the same people who wrote the campaign for the last game...

Respawn could have easily spent the time researching identities or even little characteristics in the form of voice lines or different animations between players just to add something that resembles anything more than a faceless green army man. Hell, even those friggin toys have more personality than the average Pilot in Titanfall! 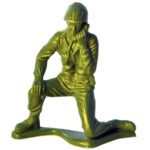 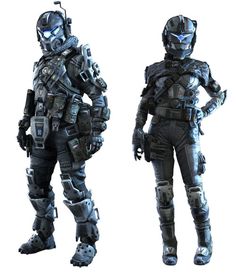 Is this even a competition?

I am glad to see that there are going to be a ton more Titan frames for the sequel, so maybe the robots will start to become a bit more differentiated. But wasting all that energy on a campaign that won’t be very long just to appease people that wanted a single player option in a multiplayer game seems like a missed opportunity to take that time and really define what makes Titanfall stand out from a Battlefield or COD. Because they all really seem like they could operate within the same world. And even those games are trying something dramatically different this year, with Battlefield taking a huge risk doing an alt history WWI game, and COD is adding what Battlefront should have launched with! 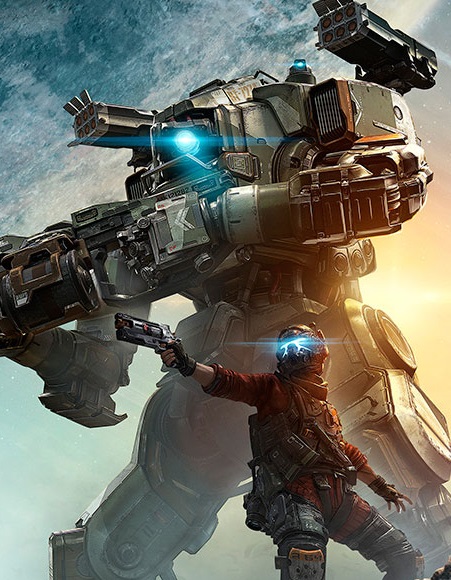 The best change Respawn made this time around was letting all map packs be free to the players. Segregating players into wealthy and not so wealthy groups just to make a few extra bucks [show doom cod battlefront] is one of the most unhealthy things you can do to a multiplayer game. I’m glad they understand that now. That alone could be enough to save this fairly original shooter. Hopefully it won't take long for Ttitanfall to be comfortable with itself, and find an identity that really makes it unique. Something that makes it stand proud and be recognized through some form of character or selfdom, and be it’s own Titanfall.