While you read this, try to remember that you are a consumer of goods and not a member of a blue or green team okay? Giant corporations like Microsoft and Sony are not your friends, and they market themselves to make you feel defensive when people like me criticize what they do.   Don’t. They do not care about you, just your money. And I’m here to explain with one, and just one, simple reason why all Modern Consoles are absolute trash compared to PCs. And even compared to mobile phones... END_OF_DOCUMENT_TOKEN_TO_BE_REPLACED

END_OF_DOCUMENT_TOKEN_TO_BE_REPLACED

It's a busy weekend for all it would seem. But at least we have games, games, more games. And Daughters.

END_OF_DOCUMENT_TOKEN_TO_BE_REPLACED

Man it's smokey outside. Let's stay in, listen to some cool tunes and play games shall we?

END_OF_DOCUMENT_TOKEN_TO_BE_REPLACED

Hoot Hoot! Where my Owls at? Do they know what you're playing this weekend? Is it Red Dead Redemption 2 like the rest of the world? You sheeple, you're no Owls! You're a bunch of Sheep in Cowboy's clothing that's what you are. Us Owl folk know this.

END_OF_DOCUMENT_TOKEN_TO_BE_REPLACED

Styx: Shards of Darkness is an old school, sight and sound based, straight up stealth game. If you’re used to Action-Stealth games of the modern age (an oxymoron if there ever was one) this game might shock your sense even more so than its predecessor. The sequel to Master of Shadows, Shard of Darkness ups the ante on its level design, lighting systems, and difficult paths even for stealth veterans. As always I’ll be taking a look at those areas and more, and see where the game might have a few faults. Starting where we always do in a past due review, let’s see what the game’s animations look like. END_OF_DOCUMENT_TOKEN_TO_BE_REPLACED

Another week under all our belts and a whole mess of bull shit in the world. Throw on your headphones, plug into some music, and let's just play video games until we forget what weekend it is :)

What games are we playing for Memorial Day weekend?

Greywolfe:  those daily things.  plus, since the lp for banjo kazooie moved, i got to do some of that, too [i'm playing alongside someone who's let's plays i like a ton.  when she gets something done in her game, i do that thing, too.] - i also downloaded moonhunters and am looking into that a little, plus, since i have the dumb card game itch - which is all i've been doing for the past two months - i just decided i'll boot up a REAL game that doesn't have dailies or any nonsense in it, so i'm replaying magic:  the gathering, by microprose from 1997.  it's an infinitely more fun game than "can i beat the current, dumb metadeck on the ladder."

Andrew: More ACA Neo-Geo games. There will surely be some Forza 6 and Dragon Ball FighterZ in there as well.

Yoda0vgs: Finished my Death March run of the Witcher so I'm off to play some Hellblade, Styx, And Dota

Scroo: More Vermintide 2 and plenty more Battletech. I've yet to finish God of War so I should do that as well if the time allows this weekend. I've been working a lot lately so we'll see how much gaming I actually get in

Trulegendkiller: Been catching a case of the deer hunting mushrooms that Cody made me sell to the Digimon that no one can remember the name but we're all pretty sure it was 10% luck, 20% skill, 15% concentrated power of will, 5% pleasure, 50% pain with a chance of cloudy skies just after it rains.

Dr. Strangethumb: "won't be around this weekend for the WRUP"

"Some people find it with devotion, some with gold and with bourbon
Some like praying to the blue sky, some like putting on a disguise,
But I prefer kick drums and red wine."

Nice and chill Saturday so far for me, but the real question as always is:

What games are we playing this weekend?

Greywolfe:  So, i'm still doing daily quests in bad games.  more magic:  arena, more magic:  duels and more eternal.  although, i've more-or-less been terrible about duels and eternal.  so, who knows?  :P - i played a bit of tome [tales of ma'jeyal] and had my guy die in one of the starter quests, so i guess the lesson i'm supposed to learn is "don't go into crypts unless you're over-leveled."  i'm also about midway through banjo kazooie, which continues to be a wonderful game [wonky camera and awkward swimming sections notwithstanding.] - i'm so glad i tried it out a few years ago.

Andrew: Still rocking the Neo-Geo titles. Maybe some Dead or Alive 5 as well.

Yoda0vgs: On the last Mission (after not doing most side quests in the full game) of Blood and Wine, then finally some Hellblade and Styx!

Scroo: I've been doing some tying of loose ends in God of War before I finish the story and man, that's been such a good title. Surprisingly complex. Still enjoying Vermintide 2, especially since loads and loads of fixes and tweaks in the last patch have improved performance and balance. And I plan on fitting in as much Battletech as possible

Trulegendkiller: Being a fucking pimp (according to cody)

Dr. Strangethumb: "Not at home and forgot to do the wrup."

It's Unbelievable! It's unlikely you'll survive Infinity War Spoilers this weekend. So go watch that war move, then listen to punk music about war being bad, and go back to gaming.

What games are we playing this weekend?

Greywolfe: what is wrup?  baby don't hurt me.  don't hurt me.  no more.  and all that.  i am basically daily questing my life away:  magic:  arena [which has had an economy update.  it's weird] and magic duels [which lives to fight another week] and eternal.  i was playing torment:  tides of numenera, but i've been awful and haven't touched that in a week or so.  i know.  i'm not playing real games.  i understand.  lol.

Andrew: Arcade Archives, all weekend long! I've just discovered that the revamped AA (Neo Geo) titles, as well as the three available Nintendo ones (Mario Bros, Punch-Out, and Vs Super Mario Bros), are every bit as fun as any of the old-school titles available on 3DS or Wii U. Also, while many of the Virtual Console games for some reason look unappealingly darker and less colorful than their original versions, the AA ones are crisp, beautiful, and picture-perfect. In addition, they are the arcade versions, meaning that they are graphically superior anyway and, in some cases, even more fun to play. Now I kind of want to see all the Virtual Console games to come to the Switch via Arcade Archives. One can always hope, right?

Yoda0vgs: Gnna try to crank out a lot of Blood and Wine then move on to Styx

Scroo: The usual for me mostly: Vermintide 2 and God of War. That is if I can take a take a day off to play games. I've been so slammed with work it's hard to have time to play anything for any measurable time.

Trulegendkiller: Hating on wool carpets. Why make something so soft anyway?

Dr. Strangethumb: Wondering why Tru is so down on wool carpets. They feel good under the feet of a god...

Sea of Thieves is under a lot of heat right now from gamers and gaming journalists  alike. And not without reason. The game has been heavily criticized for a severe lack of content attached to a sixty dollar price tag.

But no one seems to want to talk about the real reason why Sea of Thieves is problematic.

And yes, I'm all the serious.

Now anyone who reads or watches our content here on Twinstiq (all eight of you) will know that I have a very deep bias against the demons of the sea known as boats. Now I want to be as forthcoming about this as possible, that way you know where I stand on the issue of the normalization of boating within gaming culture. 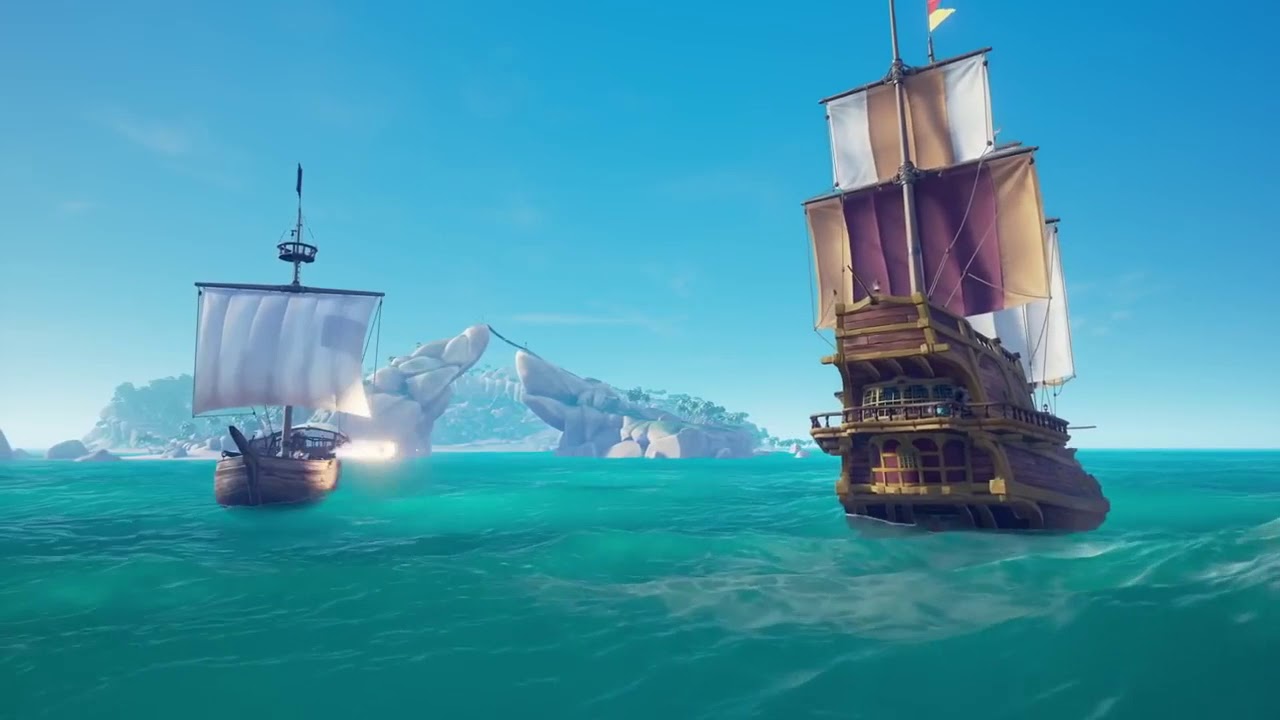 Speaking of Boating Normalization, let’s talk about the absolutely disgusting rise of  boating within gaming these last few years.

For quite a while, Boats were largely an afterthought or extension upon a game and it’s many systems. Having little to no effect on the habits of the player. But as gaming fidelity rose, we saw better physics engines that could simulate the horrid movements of water more accurately. With this progression we saw game developers carelessly allow themselves to implement more and more boat-based missions. Eventually we saw games like ‘Archeage’ and ‘Assassin’s Creed 3’ have entire sections of the game solely devoted to what can only be described as boating propaganda. 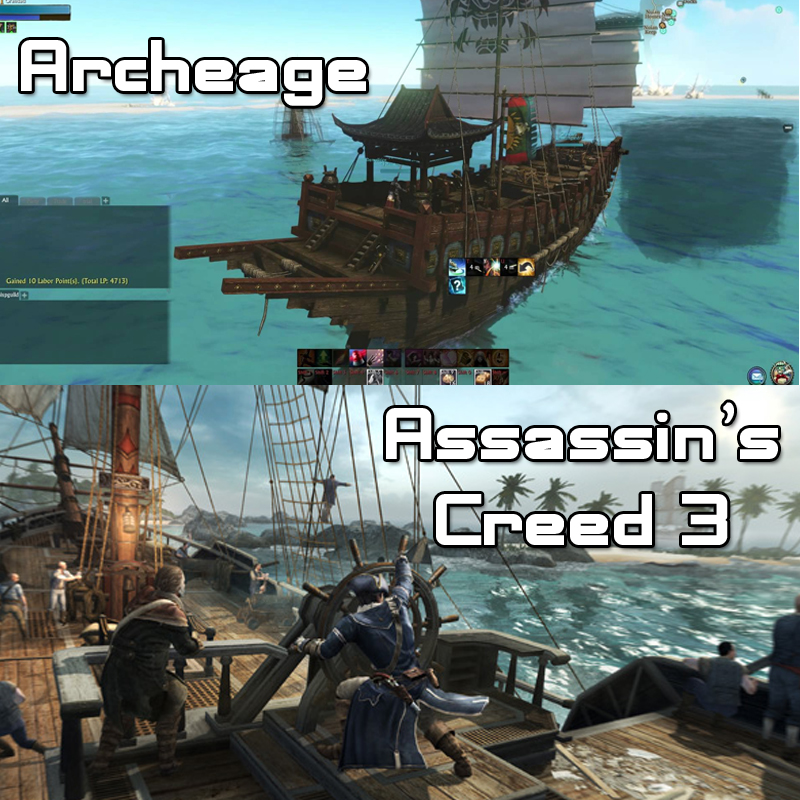 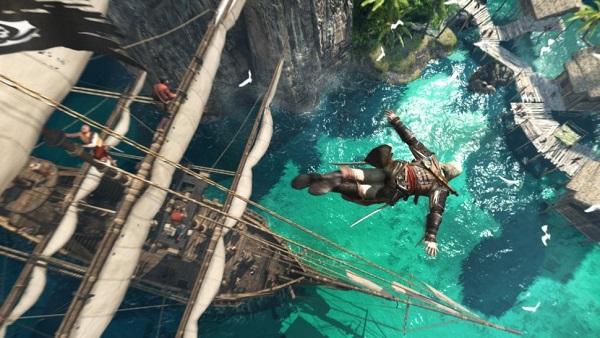 The reaction from the gaming community when Black Flag was released should be seen as disgusting to any decent human being. Gamers loved the Boating-Based gameplay, and no one ever questioned if it was good for their health. The "Pirate Fantasies" it allowed players to partake in took no issue in exploiting a lifestyle that was the result of 264 Pirate attacks irl the year the game was released (2013). 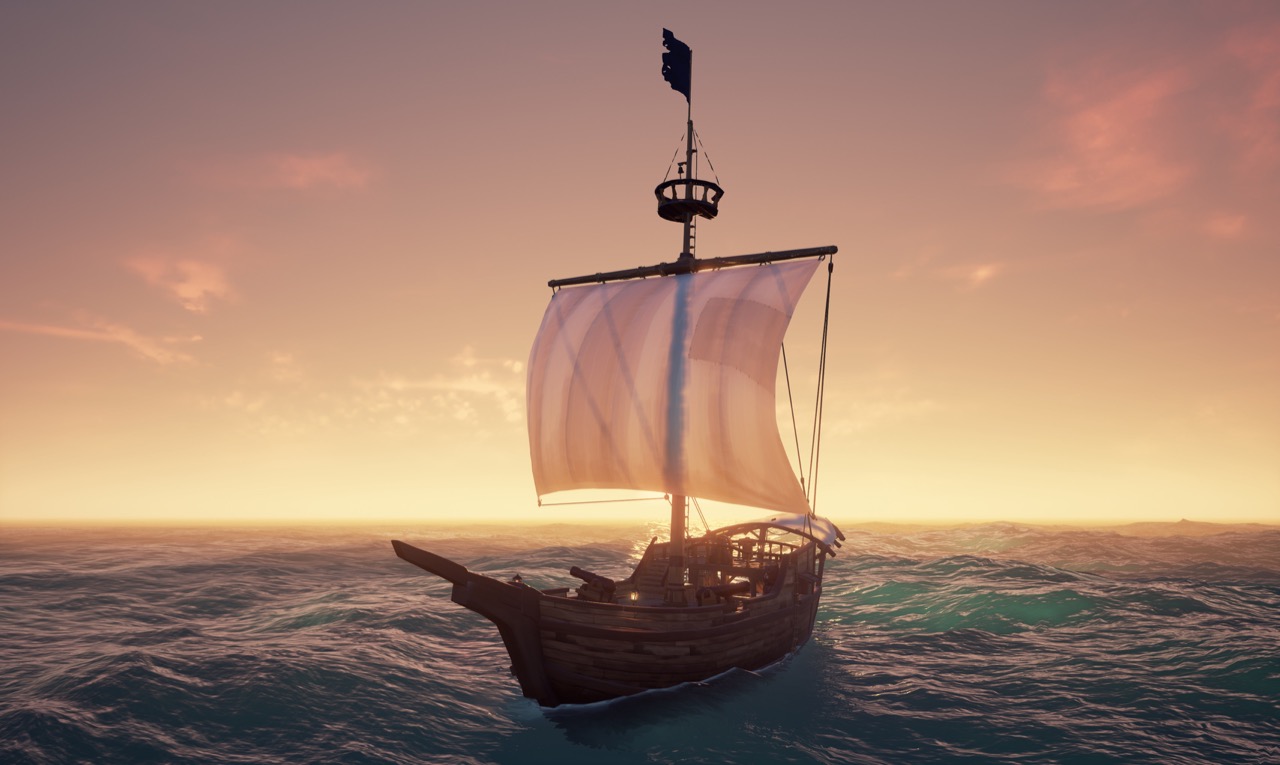 Sea of Thieves presenting a boat in a "peaceful" manor

Now ‘Sea of Thieves’ is attempting to once again bring Boats to forefront of young people's minds. Thankfully everyone seems to hate how the game is nothing but an empty shell of promises that’s better off left alone, just like the boats it glamorizes. And while this should be a warning to all who think boating is just a “harmless hobby”, I have a feeling that another game down the line will try to corrupt the minds of young gamers and basically train them to use boats in harmful ways.

Make no mistake. Boats are violence. And video game boats are nearly guaranteed to have an effect on real life boats. According to a Fox News article that I will not link to and you should not Google, Boating in video games makes your child more likely to become a boat.

And this should clearly have cause for concern. According to the US Coast Guard, 2016 saw 701 boating related deaths. “The highest number of yearly boating fatalities in the last five years.” 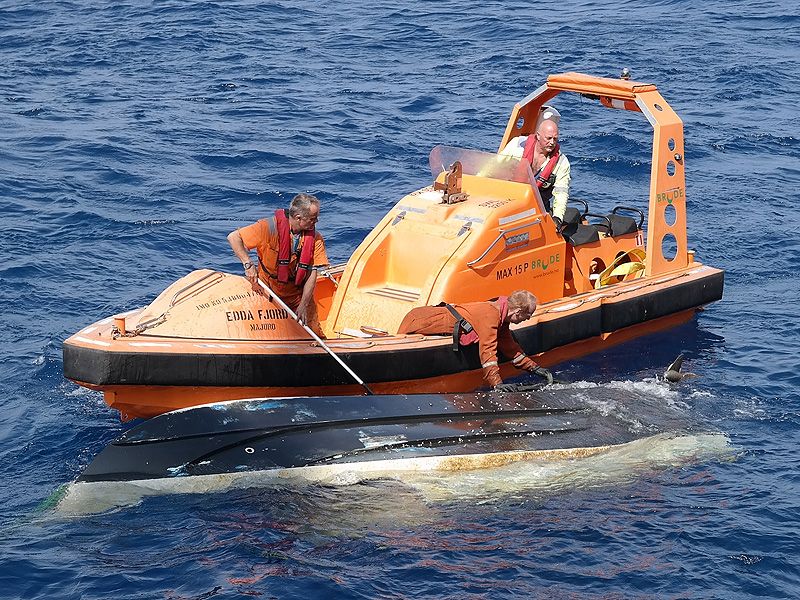 That’s almost nearly about approximately roughly around twice as many as the 371 rifle deaths the FBI reported for the same year! 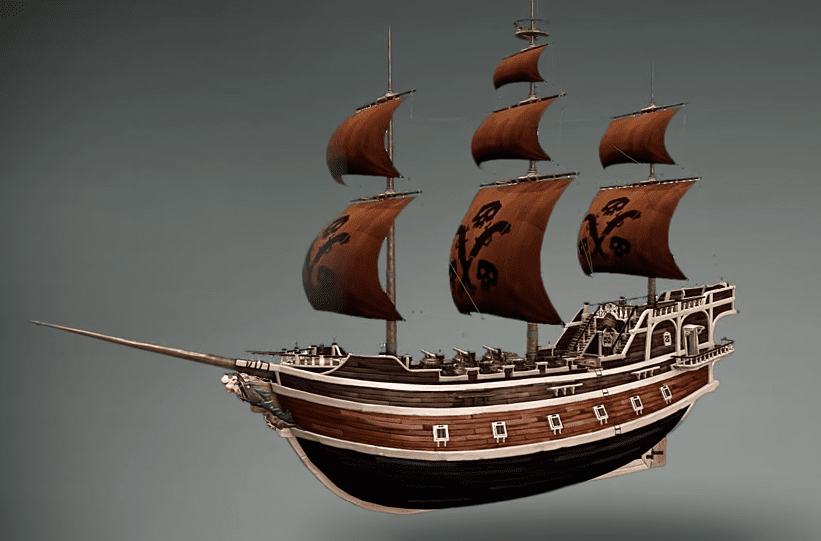 We have too oppose boats in video games at every front. That is why I have never, and will never play ‘Sea of Thieves’ or any other such “Boat Games” that may rear their ugly head.